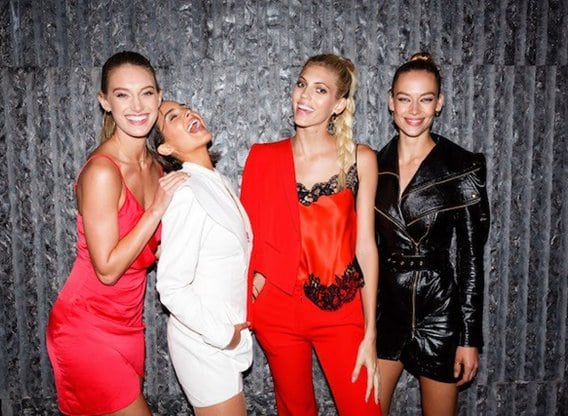 ‘Model Squad’ is fashion docu-series based on the lives of nine supermodels who are in high demand. This show airs on the network E! It is produced by Trooper Entertainment in association with Lionsgate and IMG. It first premiered on September 4, 2018, and its entire run consisted of eight episodes, each with a runtime of about an hour. For all fashion lovers out there, who wish to have an inside view of the fashion industry and everything that comes attached to it, i.e. the ups and downs of the glamor world, then this show is a must-watch for them.

“I am very excited to document the drive and ambition of these young women at the top of their industry,” said executive producer  Dave Caplan. “With supermodels at the forefront of pop culture, the series could not have a better home than on  E!”.

Model Squad Cast: Who is in it?

The main cast members of ‘Model Squad’ consist of nine models who play themselves on the show. Among them is Daniela Braga from Sao Paola, Brazil. She got her big break in 2012 when she was shooting for the Givenchy campaign. The following year she caught the attention of Victoria’s Secret.

Next is Olivia Culpo, a student at Boston University. In 2012, she was crowned Miss Universe which made her the first contestant from the US to win the title in 15 years. There is Hannah Ferguson who is a San Angelo, Texas native. It was during the 2014 Sports Illustrated Swimsuit Issue that she received their big break.

Ping Hue is a Chinese-American model raised in Manhattan. She got herself a first editorial feature in Vogue China. Ping graduated with a degree in finance. Nadine Leopold is said to be Australia’s bombshell. She has been the face of many popular magazines which has led her to where she is now. Some of these magazines are Glamour, Marie Claire UK, and The Daily Summer.

Caroline Lowe who originally hails from California has stayed all over the country due to her parent’s position in the US military. It was her mom who was behind her to help her pursue her modeling career. After being turned down many times, it was Nous Model Agency who finally launched her. Shanina Shaik, who is an Australian, started her modeling career quite early. She began at the tender age of eight, but it was only in 2013 that she got her big break during Victoria’s Secret Fashion show.

Devon Windsor who comes from St Louis, Missouri was spotted and discovered by a photographer at a local bar-mitzvah. It was in 2014 that she had a very successful year as she appeared in over 20 international collections including the likes of Christian Dior and Prada.

Model Squad Plot: What is it about?

The fashion industry is one with many highs and lows. The show offers us a fresh perspective on the lives of supermodels and the complexities that they face in this highly competitive realm. It reflects both the good and bad of the modeling world and highlights the emotional aspect that plays a significant role while trying to conquer the fashion industry.

Covering every detail about the lives of these females such as “balancing boyfriends with careers, moving from Los Angeles to the Big Apple and planning staycations with friends”, ‘Model Squad’ gives us an insight into each of the model’s lives and all the craziness and difficult decisions that come along with it. And for those who consider models as influencers, this is definitely a must-watch!

Model Squad Season 2 Release Date: When will it premiere?

‘Model Squad’ season 1 premiered on E! on September 4, 2018. After a run of eight episodes, it concluded on September 14, 2018. The viewers of ‘Model Squad’ got an exclusive glimpse behind the runaway with a two-week premiere that started on Tuesday. The second episode followed the next day. ‘Model Squad’ ended in a controversial manner and we are yet to find out if a second season is on the way. There’s a lot that could still be explored if the show is recommissioned for a second season.

A new season of ‘Model Squad’ may bring a new cast of girls to take the series forward. Of course, there are so many new experiences to be documented. And a fresh batch of females would make the narrative even more interesting. However, it is yet to be commissioned; so we don’t have any details of the next season yet.  We will update this section as soon as we hear anything about ‘Model Squad’ season 2 release date.

Get your sneak peek into the glamorous world of fashion here. Additionally, if you have not watched the show yet, you can head to E! to catch up on all the previous episodes.