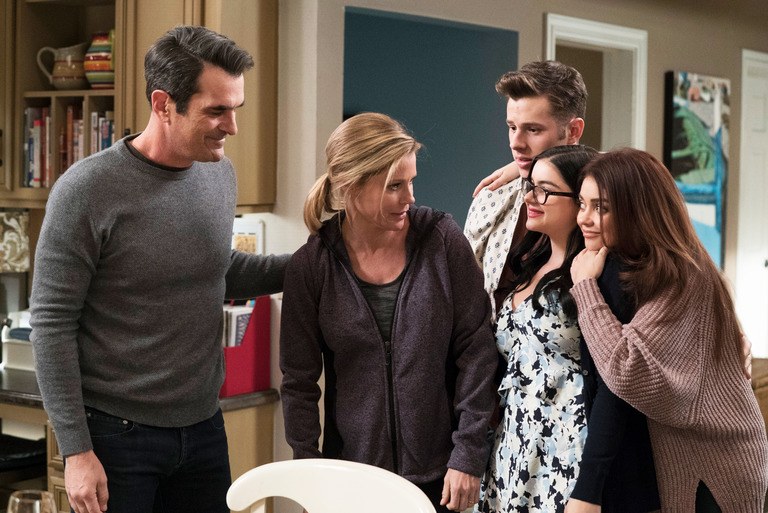 Fans of the popular sitcom, ‘Modern Family’ are unfortunately counting their last days for watching new episodes of the ABC show as its eleventh and final season progresses. The show has been consistently considered among the best sitcoms during its eleven-season run and can even be considered to be one of the best sitcoms of all time.

It revolves around a large, complex family which is comprised of three, smaller nuclear families and their routine conflicts as they raise their children into adulthood. There is the head of the family: Jay, his son who is in a homosexual marriage and his daughter who is married with three kids of her own. Jay, on the other hand is in his second marriage with a much younger Colombian woman and lives with his wife’s son and his dog.

While some of the show’s viewers might be attempting to slow down time in order to delay the end of the series, others would be eager to know when the next episode arrives. We cannot do anything about slowing down time unfortunately. However, we can help you with everything you need to know regarding the sitcom’s next episode.

Modern Family Season 11 Episode 12 Release Date: When Does it Premiere?

The twelfth episode of the eleventh season of ‘Modern Family’ will premiere on January 22, 2020 at 9/8c on ABC. The episode is titled ‘Dead on a Rival’ and returns one week after the eleventh episode of the season was premiered. The show follows a weekly format with a new episode being released every Wednesday.

You can watch the twelfth episode of the eleventh season of ‘Modern Family’ by tuning into ABC on the above-mentioned timeslot. However, with a cable provider’s login, the show can be watched on ABC’s website or app as well.

You can also watch the episode live if you have a Hulu plus Live TV subscription or one with Fubo TV, YouTube TV or Direct TV. Other than that, the episode can also be streamed on Hulu after it has been aired on television. Moreover, specific episodes can be rented/bought on Amazon Prime Video as well.

The eleventh episode of the eleventh season of ‘Modern Family’ is titled ‘Legacy’ and it shocks viewers with a rather consequential event.

To begin with, Phil visits his father and gets into characteristically outlandish situations. Mitch and Claire rummage through their personal belongings and try to figure out why Jay had to reduce one of their family trips in the past. They find out that Jay had worked as a bartender to make ends meet and be able to pay his employees on time and help his business take off.

Gloria and Cam, on the other hand attempt to help Manny approach his crush. Both of them give him contradictory advice, thereby confusing him. However, in the process, Cam and Gloria get the help they need when it comes to their own personal problems. Gloria gets her first house sale while Cam gets help in taking revenge against a teacher who stole an award from under his nose.

Then, towards the end, the big blow arrives. Phil’s father passes away…