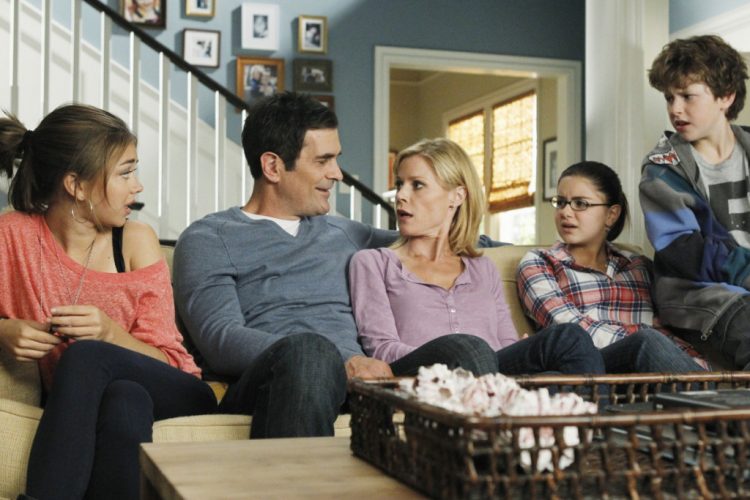 The popular ABC sitcom, ‘Modern Family’ is unfortunately counting its last few days. It is currently in its eleventh and final season. Consistently, the show has been considered as one of the best sitcoms of all time.

The show follows a large and complicated family composed of three nuclear families. Their routine conflicts are highlighted as the families raise their children into adulthood.

The head of the family is Jay who is in his second marriage with a much younger Colombian woman and lives with his wife’s son and his dog. From his first marriage, Jay has a homosexual son who stays with his husband and an adopted daughter. Plus, Jay also has a daughter, Claire who stays with her husband and three children.

The thirteenth episode of the eleventh season of ‘Modern Family’ will premiere on February 12, 2020 at 9/8c on ABC. The episode is titled ‘Paris’ and returns three weeks after the twelfth episode of the season was premiered. The sitcom seems to be taking another mid-season break after the December hiatus. Other than the breaks, the show follows a weekly format with a new episode being released every Wednesday.

You can watch the thirteenth episode of the eleventh season of ‘Modern Family’ by tuning into ABC on the above-mentioned timeslot. However, with a cable provider’s login, the show can be watched on ABC’s website or app as well.

You can also watch the episode live if you have a Hulu plus Live TV subscription or one with Fubo TV, YouTube TV or Direct TV. Other than that, the episode can also be streamed using a standard Hulu subscription after it has been aired on television. Moreover, specific episodes can be rented/bought on Amazon Prime Video as well.

The twelfth episode of the eleventh season of ‘Modern Family’ is titled ‘Dead on a Rival’ and provided some much-needed light-hearted entertainment after the death of Phil’s father in the previous episode.

Alex is forced to put up with Jay’s aged personal assistant, Margaret. Jay thinks Margaret is the best fit for the job but her old-school methods start to impact Alex’s new job.

On the other hand, Phil’s former neighbor, Kenneth has become a tech titan. Phil gets a big surprise when Kenneth gives him an opportunity to visit the International Space Station. However, Phil does not want to go and seeks Claire’s help to get out of the situation. However, Claire rats Phil out when she is offered an exciting job from Kenneth.

Things get more complicated when Haley unintentionally bags the job offer from Claire. On the other hand, Gloria’s ex-husband, Javier visits the Pritchett household. Javier wants to take Manny along for a cruise that he won in a poker match. However, Gloria is uncomfortable since the cruise is a year long and there might be a lot of nudity. However, she changes her mind when a theater performance by Manny convinces her that he needs to cease being an “old soul.”

Meanwhile, Mitch is concerned that he will not be able to buy pants of his size at a sale. Cam, on the other hand, is worried about their neighbor, Murray wishing to take his last breath at their house.