When Will Monarca Return For Season 2? 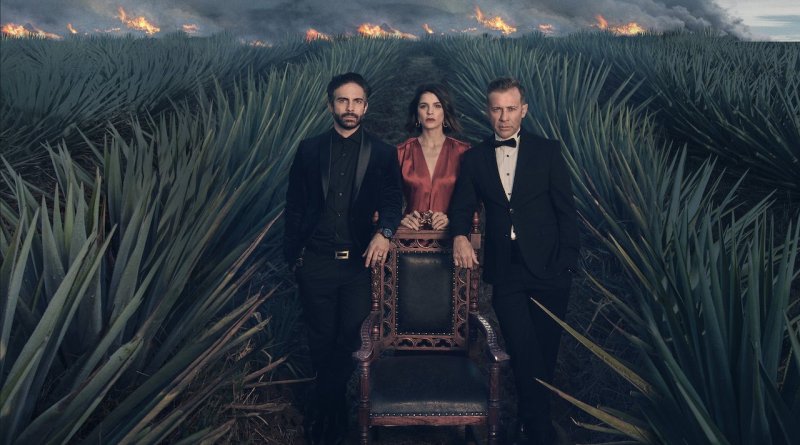 ‘Monarca’ is a Mexican family drama which revolves around the extremely wealthy Carranza clan. It tells us the story of a tequila tycoon and billionaire, who, alongside his family members, navigates the world of Mexico’s business elites, fraught with scandals, violence, corruption, and dangerous secrets. The Netflix original is produced by Salma Hayek, under the banner of Ventanarosa Productions, alongside Lemon Studios and Michael McDonald’s Stearns Castle.

Created by Diego Gutierrez, who is also the showrunner, and written by Fernando Rovzar, Julia Denis, Ana Sofia Clerici, and Sandra García Velten, ‘Monarca’ is a high-stakes multi-generational family drama that lends us an inside look into the powerful world of Mexican business magnates and billionaire empires. It showcases the aftermath when one member decides to go against the norms and put an end to the dirty system, created by her own family.

Salma Hayek shared her excitement about the show, saying, “I’m extremely excited to partner with Netflix, and to be working with amazing Mexican talent in front of and behind the camera.” She further added, “We are proud to show Mexico as a vibrant, sophisticated and culturally rich nation, fighting to control its own destiny.”

Monarca Cast: Who’s in it?

All the main cast members are expected to return for season 2, if it is commissioned.

Monarca Plot: What is it about?

‘Monarca’ begins by introducing viewers to Ana María, who lives in Los Angeles after being done with the machinations of her wealthy clan in Monarca. Currently, she lives a contented life with her own family. One day, she gets an unexpected call from her dad, requesting her to visit them in her hometown. Assuming he is sick, Ana heads out to meet him but soon realizes that he has other plans in store. Next, we get to see the extremely elite and well-connected Carranza family, who owns a huge tequila empire. Reeking corruption and having links with all the wrong parties and government officials, this clan comprises people with distinct personalities and each has his/her own agenda.

However, the intriguing part is, Ana has long back distanced herself from all matters related to the business. She moves to the US and leads an honest life as a journalist. When we get glimpses into her persona, it is quite evident that there are events from her past which still continue to traumatize her. So, it is clear that she does not return to Mexico to help her parents or siblings with the business. The twist is, her father wants exactly the opposite. He wishes that she assumes the position of the company’s CEO once he retires. He even desires to change his legacy and aims at establishing a legal business with proper ethics, good practices, and ideals. When Ana learns about her dad’s new perspective, she reconsiders her previous resolution.

‘Monarca’ introduces us to some extremely well-crafted characters, with over-villainous personalities — buried deep beneath refined, calm facades. With the right dosage of drama, it is engrossing and manages to keep fans interested in the storyline. Season 2 is expected to further delve deep into the dark and complicated world of Ana María.

Monarca Season 2 Release Date: When will it premiere?

‘Monarca’ season 1 premiered on Netflix on Friday, September 13, 2019. Its entire run for the first season consists of 10, 45-minute episodes. ‘Monarca’ is the streaming giant’s latest addition when it comes to Mexican titles — which include other shows from the country such as ‘Ingobernable‘, ‘Club de Cuervos‘, and ‘El Chapo’. According to Erik Barmack, VP International Originals, “Mexico is a top priority for us in which to continue to develop series and we look forward to bringing the best originals to the world through partnerships with key players such as Ventanarosa and Lemon Studios.”

After the release of the series, fans were immediately addicted to its gritty storyline. So, the question is: will the show be renewed for another season? As of now, Netflix has not made any announcement. As far as the continuation of the storyline is concerned, we do know that the drama within the Carranza family is long from being over. Toward the end, the protagonists end up taking some desperate measures and the future episodes have the scope of exploring the aftermath of these extreme decisions.

Netflix takes a few months to assess its ratings and then determines whether to renew or cancel any title. So, it’s a bit early to predict anything now. If renewed, ‘Monarca’ season 2 can release sometime in September, 2020.

While we wait for season 2, you can check out the official trailer of ‘Monarca’ season 1 below.