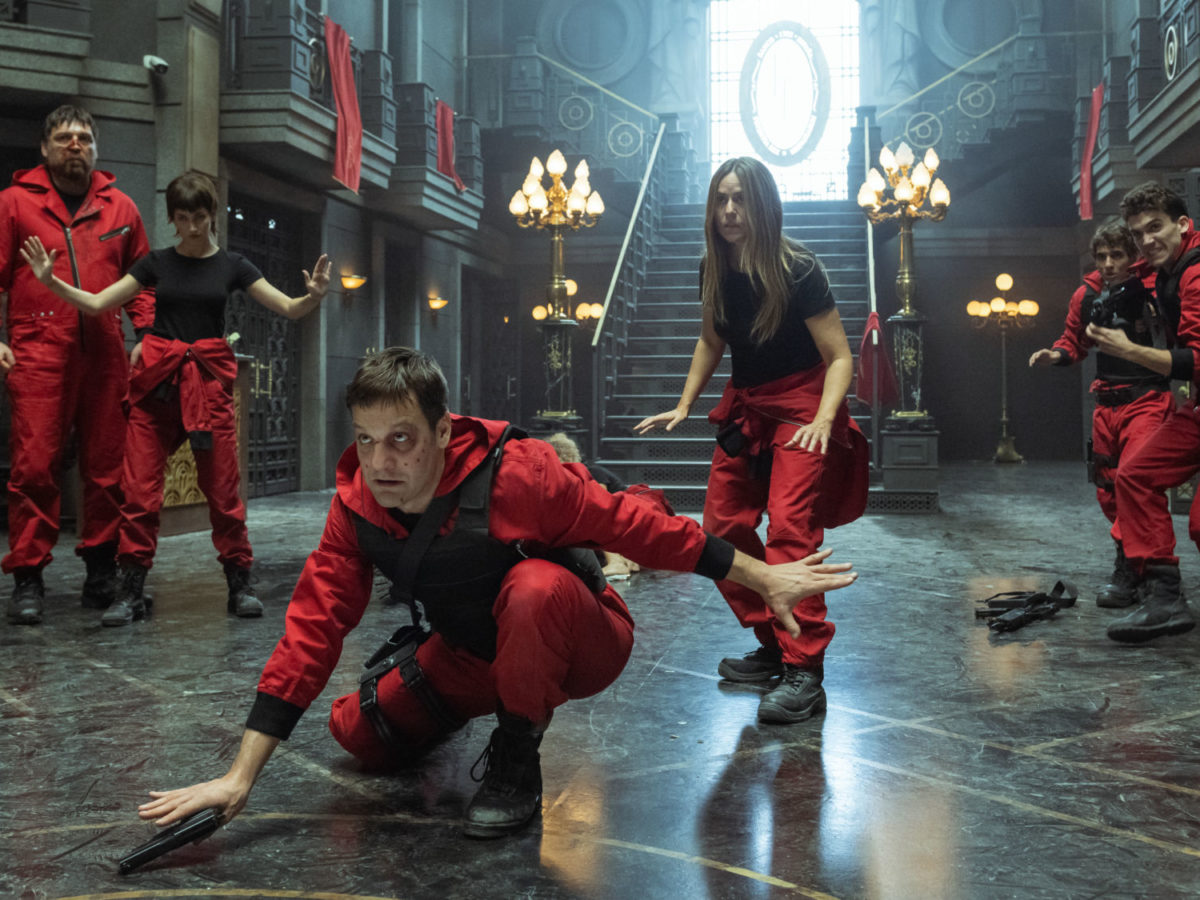 Created by Álex Pina, the Spanish crime-drama series ‘Money Heist’ revolves around a group of extraordinary thieves who come together under the leadership of the mastermind Professor (Álvaro Morte) and take €984 million from the Royal Mint of Spain in Madrid. They subsequently go their separate ways. However, after the authorities apprehend one of their members, they reunite to pull off another heist, this time at the Bank of Spain.

The heist drama originally released on May 2, 2017, on the Spanish television channel called Antena 3. However, it shot to fame globally once the series became available on Netflix on December 20, 2017. The International Emmy Award-winning show garnered critical acclaim for its intriguing plotlines and the intense interpersonal drama between the characters. As the first part of season 5 recently landed on Netflix, you must be curious to know when the second batch of episodes will arrive. Here is what you need to know.

Prepare for the final battle

Money Heist Season 5 Part 2 Plot: What is it About?

In the final episode of season 5 part 1, Sagasta (José Manuel Seda) and his unit corner Tokyo, Denver, and Manila in the kitchen of the bank. As the soldiers seem to have the upper hand, the Professor tells Tokyo to aggravate Gandia so much that he ends up ignoring direct orders from Sagasta, and that is exactly what happens. Gandia becomes so angry that he tries to hurt the robbers with a grenade. But Tokyo throws the grenade right back, and the ensuing explosion kills one of the soldiers.

Sagasta subsequently brings Gandia under control, and they resume fighting. Meanwhile, Denver and Manila escape the kitchen through the dumbwaiter. They urge Tokyo to do the same, but the latter knows it’s already too late. She says her goodbyes to Rio through the hole on the floor that Rio has dug. As Sagasta, Dandia, and the rest of the soldiers rush into the kitchen, Tokyo holds them off as long as she can. Deciding to die on her own terms, she blows herself up with the grenades strapped to her chest. Since Gandia is standing near her at the time, he is killed as well.

In season 5 part 2, we will see how Tokyo’s death will lead to a fallout within the group. The entire time Denver and Manila try to help Tokyo, Stockholm remains completely disorientated after injecting herself with morphine. In the second part of season 5, we might see some members of the group blaming Stockholm for Tokyo’s death. Meanwhile, Helsinki will have to endure excruciating pain as there is no morphine. We may also see his relationship with Palermo deepen in the upcoming episodes.

Some of the group members are drilling to get to the museum, not knowing that a severely injured soldier is waiting for them on the other side. Therefore, a few more members of the crew might die in part 2. If Sagasta and some of his soldiers survive the explosion, they will launch a brutal assault against the robbers.

Meanwhile, Alicia gives birth to her baby daughter Victoria with the help of Professor and his team. But that doesn’t guarantee that she will change sides immediately. Unlike Lisbon, she likes Madrid and has no intention of leaving. So, in future episodes, she will try to regain control of the situation with the plier she has hidden in her sleeve. Berlin’s son, Rafael, is introduced in part 1 of season 5, which means that in part 2, we might learn what has happened to him and why he hasn’t been part of either of the heists.