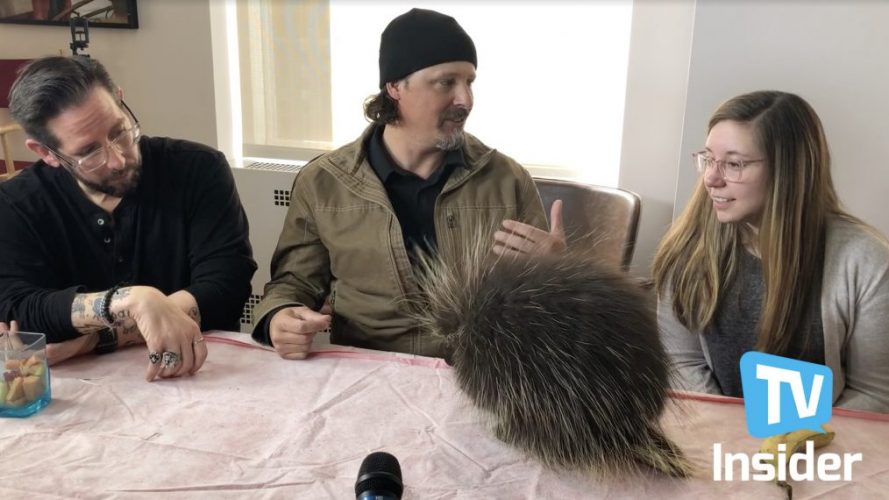 Monster Encounters is an American reality TV show that airs on Travel Channel. The series centres around the presenter as well as a wildlife expert named Casey Anderson, who embarks on various missions to find creatures that lurk in some of the isolated parts of the earth.

Travel Channel has never shied away from producing shows that are part-adventure and part-reality shows. Monster Encounter is even one step ahead of that. It’s not just adventurous what Anderson does; it is downright dangerous. Of course, audiences get a kick out of watching their host so up and close with dangerous animals and that’s the reason why this show has fared quite well.

Monster Encounters Cast: Who is in it?

As mentioned earlier, wildlife enthusiast Casey Anderson is the host of the show. Anderson has been working as a wildlife expert since few decades and has gained a good knowledge of wildlife. It is his life’s goal to follow the right pattern and encounter with the wild animals. In the show, he joins forces with local trackers as he investigates and comes face-to-face with elusive creatures.

Sharing his excitement about the show, Anderson said “I travelled to some of the earth’s most inaccessible regions. My daily commute to work put me on the back of elephants, in acrobatic helicopters, or on a ride in a speed boat along rivers in the middle of nowhere.” He further added, ‘I found myself in places with names like ‘Devil’s Cave,’ ‘The Elephant Graveyard’ and ‘The Death Road.’ I was attacked repeatedly by a massive crocodile in the Zambezi River, wrestled a giant anaconda in the Amazon and was bitten and feasted upon by a vampire bat in Mexico – and this is just the first season!”

Monster Encounters Plot: What is it about?

In the first episode of the first season, Casey Anderson travels to cattle ranches and caves in Mexico to find out the vampire bats which are attacking humans. He puts his life at great risk by becoming a prey to these bloodsucking vampire bats in Megacolony.

In the second episode, Anderson travels to Nepal by traveling via foot, raft as well as elephant. Few days before, he had received a complaint from a national park that a tiger was seen attacking locals. Casey arrives at the tiger zone to find the man-eater.

In the next episode, Anderson travels to Zimbabwe and Zambia to find a Killer Croc name Bizmark. There are some complaints that he has been scaring humans away from the Zambezi River. He decides to trap the feisty Croc and make Zambezi River safe for humans.

In the fourth episode, Anderson travels to Australia to discover a possible marsupial lion which is said to be an extinct predator. He arrives deep into the woods to locate the animal, but the proofs point towards other direction. In the fifth episode, Anderson embarks on a new mission to Bogota. He arrives in Colombia’s Amazon basin region where several locals have reported a snake that has been attacking people. He tries to dig deep into the case and finds a connection between a present-day anaconda and a prehistoric mega snake.

In the sixth episode, Anderson travels to Mozambique to hunt down a fierce elephant that has been attacking villagers. He also meets an elephant behavior expert and tries to learn the reason behind such behavior of the elephant. Later on, he finds an important clue to find the aggressive bull. In the seventh episode, Anderson heads to Bolivia to track down a giant mammal that is quite similar to long-extinct ground sloth. He tries to get a possible sighting of this mega creature. The villagers are scared if the long ground sloth has broken out of the Amazon basin.

In the next episode, Anderson travels to the backwoods of Texas and Louisiana to track a huge wild hog. In the last episode, Anderson travels to Alaska to find the evidence of a mega bear. He travels from Kodiak to Afognak islands where he finally meets eyewitnesses. He goes to the wild to hunt a bear and finally comes face to face with a monster bear.

Monster Encounters Season 2 Release Date: When will it premiere?

Monster Encounters Season 1 premiered on October 30, 2018. As far as the next season goes, Travel Channel has not officially confirmed the renewal. Nor have the creators said anything about it. Considering the freshness of the idea behind the show, we would be surprised if it doesn’t get another season. Our best guess is that if the show does get renewed, Monster Encounters Season 2 can release sometime in October 2019. We will update this section as soon as we hear more.

While we wait for an update on Monster Encounters Season 2, check out this short clip from season 1.