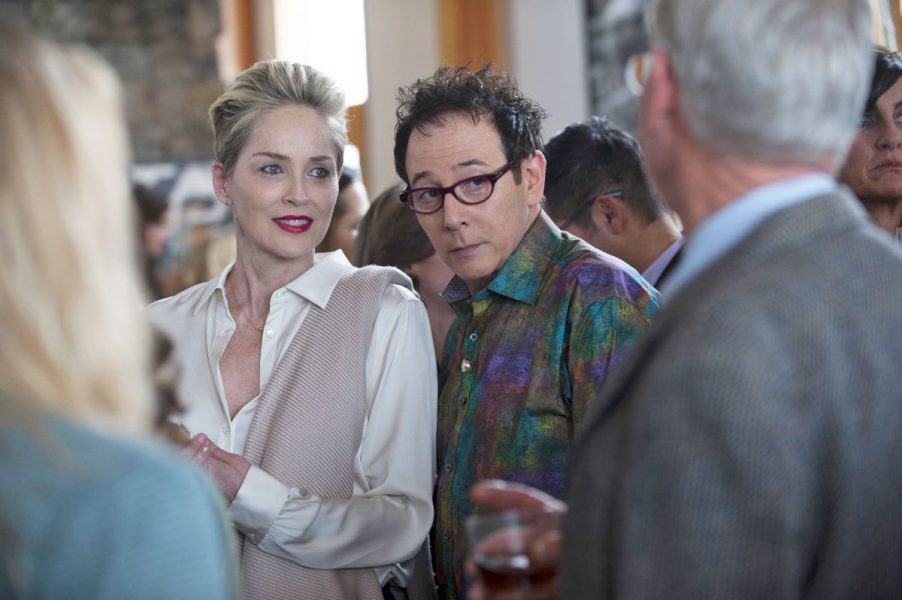 ‘Mosaic’ is a murder mystery that has been created by Palme d’Or winning director Steven Soderbergh, who is also known for works like ‘Erin Brockovich‘, ‘Logan Lucky‘, and the ‘Ocean’s‘ trilogy. While it was initially conceived of in 2017 and published via HBO as an iOS and Android mobile app, the show also airs on HBO itself, as a drama series, and first premiered on January 22, 2018. Notably, in the app format, ‘Mosaic’ is intended to be an interactive movie-like experience. You must be thinking that this makes it something like Netflix’s ‘Black Mirror: Bandersnatch‘.

While shows like ‘Mosaic’ did mark a shift in the entertainment industry towards making their content more interactive, and thus inclusive and immersive, in Soderbergh’s show, users cannot affect the plot. They can merely view the story from different perspectives, thus learning the facets in the plot and how it is viewed. They can also investigate background documents related to the plot on their own time, like emails and police reports, in the ‘Discoveries’ option.

Notably, in the series format, the plot is pretty much the same, but there is no interactivity, and it is slightly shorter in length than the app. The plot is basically a whodunnit which is based on the murder of Olivia Lake, popular children’s book author and illustrator. The way the plot branched out and eventually left the viewers hungry for more has worked wonders for the show. Critics too have praised it, saying, “Mosaic has enough moving parts – and fine performances – to deliver a gratifying murder-mystery plot, though its jumbled structure and heavy-handed narrative may still leave viewers slightly wanting”.

Mosaic Cast: Who is in it?

Sharon Stone (famous for ‘Basic Instinct‘) plays Olivia Lake, the author, and illustrator of children’s books. Garrett Hedlund of ‘Troy‘ and ‘Inside Llewyn Davis‘ fame plays the part of Joel Hurley, who is an aspiring artist living on Olivia’s property. Frederick Weller appears as Eric Neill, Olivia’s suitor, who is actually a conman.

The people in Olivia’s life includes Michael O’Connor, played by James Ransone, Olivia’s billionaire neighbor who was raised by her. Michael Cerveris’ Tom Davis appears as O’Connor’s right-hand man. Paul Reubens plays JC Schiffer, Olivia’s best friend and confidante. On the law enforcement side of things, there is Devin Ratray as Nate Henry, a local detective, and Beau Bridges as Alan Pape, a corrupt sheriff.

Mosaic Plot: What is it about?

The plot of ‘Mosaic’ starts four years prior to the main events, as we see Eric trying to seduce Olivia on behest of some of his associates. Evidently, his con works, but when Olivia is killed, it is the conman fiance who becomes the most likely suspect and is imprisoned. This is when the plot brings us back to the present, and we see Eric’s sister Petra, reopen the case, trying to have her brother exonerated.

Along with Nate, Petra devises a plan to entrap who they believe is the real murderer. Their sights are set on Joel of course, and by the end of the season, he does confess to the crime. However, this is no open and shut case, and though Joel, who lived on Olivia’s property might have had the maximum ease of access, the man cannot recall having committed the crime. Since he suffers from blackouts due to his alcohol consumption, he has convinced himself that he is responsible. By the time the show draws to a close, even Petra, whose faith in Joel’s guilt was unshakeable, begins to doubt if she has made a mistake.

Variety has summed up the show’s nuances well, saying, ” ‘Mosaic’, like many of the best mystery tales, provides some unsentimental social commentary along with the solution of a crime. In the background, behind the depictions of long cons, semi-gullible cops, angry lawyers and desperate affairs, there’s a flinty meditation on how the rich get richer — and quietly but systematically make sure things stay that way.”

In the eventuality that ‘Mosaic’ does not take the anthology route, and follows up on the story of Olivia’s murder, the second season could explore the context and reason behind why she was killed since it is a major unresolved thread. It could also try and see if someone else fits the role of the killer better. There have already been hints of a mysterious group called The Church of Eventualism, involved. Soderbergh might take the show in the direction of a cult conspiracy theory, Whatever, it is, we are sure that it will be just as engrossing and gripping as the initial season.

Mosaic Season 2 Release Date: When will it premiere?

‘Mosaic’ Season 1 premiered on January 22, 2018. While the show has officially not been greenlit by HBO for another season, Soderbergh is hard at work on several different shows that are similar to ‘Mosaic’. These shows could potentially have different genres, or could even be an anthology-like addition to ‘Mosaic’. With interactive entertainment on the rise, there is a good chance of us seeing another season of the show. Our best guess is that ‘Mosaic’ Season 2 might release sometime in 2020. However, do stay tuned for an official update on the release date.

While we wait for ‘Mosaic’ season 2, check out the trailer for Season 1 to refresh your memories of the show. If you have not seen the series and want to experience a refreshing look into a murder investigation, handled by a brilliant director, and involving a talented cast, this is the show for you.