10 Directors Who Make the Most Disturbing Movies 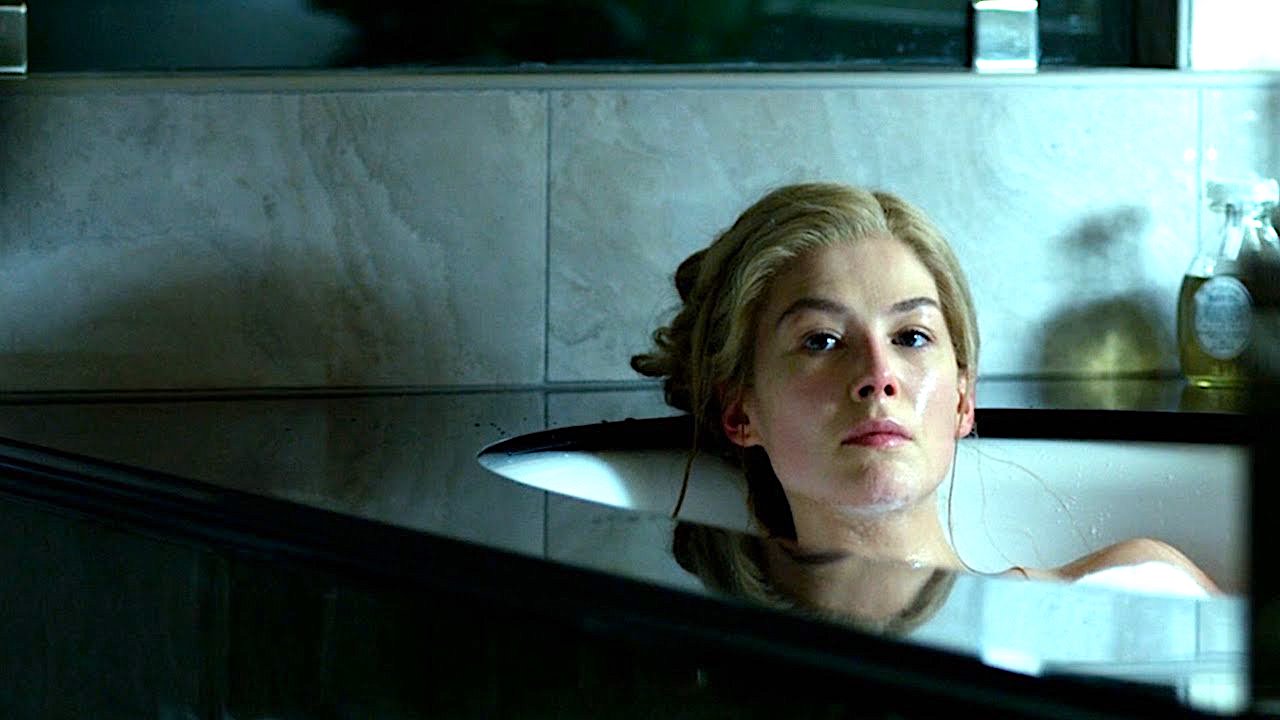 One of my friends said that cinema is at its most powerful when it disturbs, terrifies and frightens you. Provocative cinema is the most divisive form of cinematic art and often teeters on the edges of being pretentious or daring, experimental art reflective of the darkest sides of the human nature. I, for one, believe that provocateurs can be extremely powerful and affecting and their cinema stretches out and questions the limitations of the medium with unflinching boldness and honesty. Violence in cinema has taken different forms and while filmmakers like Quentin Tarantino makes graphic use of it to entertain his audience, there is a whole other section of provocateurs who explore the emotional, psychological and philosophical facets of violence through their cinema. This article attempts to dissect the work of such provocateurs and other filmmakers whose fascination with emotionally harrowing and brutal subjects put them in a league of their own. With everything said now, here is a list of famous directors who make the most disturbing movies: 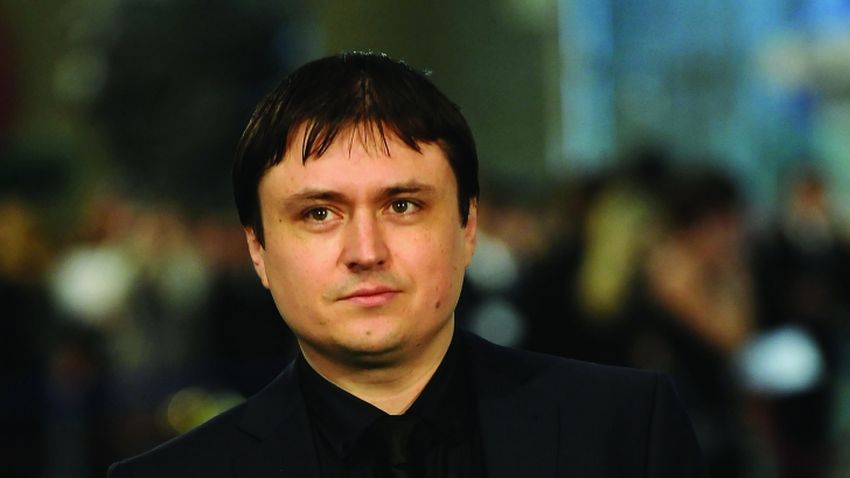 No, Cristian Mungiu is not a provocateur and neither has violence been a major aspect in his films. But Mungiu’s films are emotionally draining experiences that disturb you with its truth like a sharp-edged scalpel penetrating on to you. Mungiu’s films are characterised by astute focus on his characters and well-observed, tight, calculated camera placements that pulls you right into his films.Having made his debut back in 2002 with the tragicomedy ‘Occident’, Mungiu’s greatest success would only come 5 years later with the Palme d’Or winning ‘4 Months, 3 Weeks and 2 Days’ that depicts the disturbing tale of a young girl who struggles to arrange an illegal abortion for her friend in set in Communist Romania in 1987. His 2012 drama chronicles the lives of two young women who grew up in the same orphanage. The film touches on the themes of exorcism, female friendship, lesbianism and is a brutal gaze at the grim realities of a society amidst flailing emotions in the darkest times. 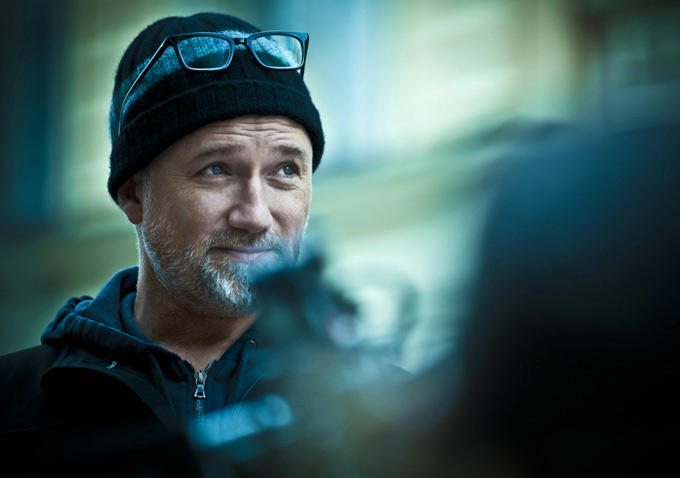 This man needs no introduction. A generation of cinephiles grew up, enthralled by the mad, ingenuity of ‘Fight Club’, the raw edginess of ‘Se7en’ and the deft, clinical approach that culminated in the magnum opus of ‘Zodiac’. With his Hitchcockian genius and mastery of building tension, David Fincher carved his own niche in the industry with films that depict the cruel side in human beings. Fincher’s characters aren’t the most likeable ones and it is their constant trouble in understanding the world around them that makes for such fascinating stories in his films. Fincher’s overly clinical approach often ends up distancing his characters from the viewers but his ability to disturb you even with the most minimal amount of graphic violence could hardly ever be matched. With his last film ‘Gone Girl’, Fincher continues to push himself beyond the conventionality of mainstream cinema and explore the unhinged human minds veiled under the masks of civilisation. 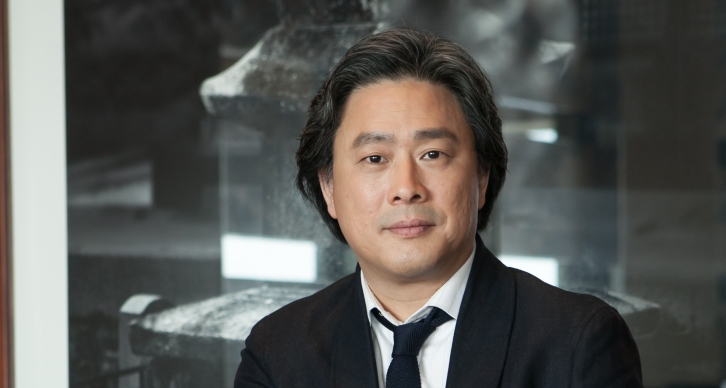 One of the most interesting and unique aspects of Korean cinema is its innate ability in fusing comic elements in the darkest moments. Chan-Woo is best known among movie buffs for his acclaimed Vengeance trilogy and it wouldn’t be an overstatement to say that ‘Oldboy’ alone might have sealed him a place on the list for it is easily one of the most disturbing and harrowing cinematic experiences I’ve ever had. Chan-Woo is known for his fascination with brutal subject matter that evokes the most painful of human emotions, stripped and torn in all its bizarre qualities with a level of painful intensity that makes you want to look away from your own self. His films deal with raw, explicit violence on a graphic and emotional level. Viscerally affecting and emotionally harrowing, Chan Woo’s cinema has rarely disappointed cinephiles and he enjoys a cult status among ardent movie buffs for the visual beauty and provocative content of his films, making him one of the most exciting filmmakers in Asian cinema. 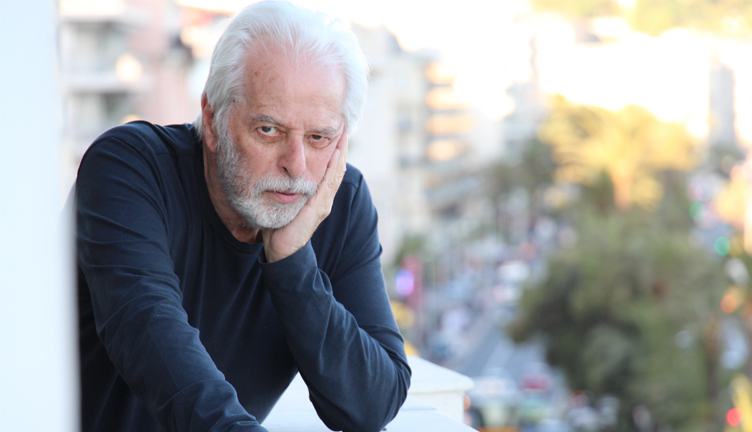 Arguably the greatest living avant-garde filmmaker in cinema today, Alejandro Jodorowsky defines the word provocateur and then tests its limits in a way that evokes a bizarre range of emotions in his viewers. To some he is god and to some he’s just a pretentious artist who revels in mindless self-indulgence. I am still unsure with my thoughts on Jodorowsky but I feel absolutely drawn in by the sheer power of his craft. His intriguing philosophy about life and society triggers sparks of thoughts that questions, ridicules and mystifies your perceptions of life around you. His cinema is replete with wildly provocative and disturbing images, crafted with a sense of eerie other-worldliness and impeccable beauty. His 1973 surrealist drama, ‘The Holy Mountain’, explores the themes of death and rebirth and is widely regarded as his greatest work and one of the finest cinematic creations of the 20th century. Jodorowsky continues his work in cinema but the inaccessibility of his art and the sheer provocative nature of his films have turned him into one of cinema’s most divisive auteurs but there is no denying the fact his cinema is an experience like no other. 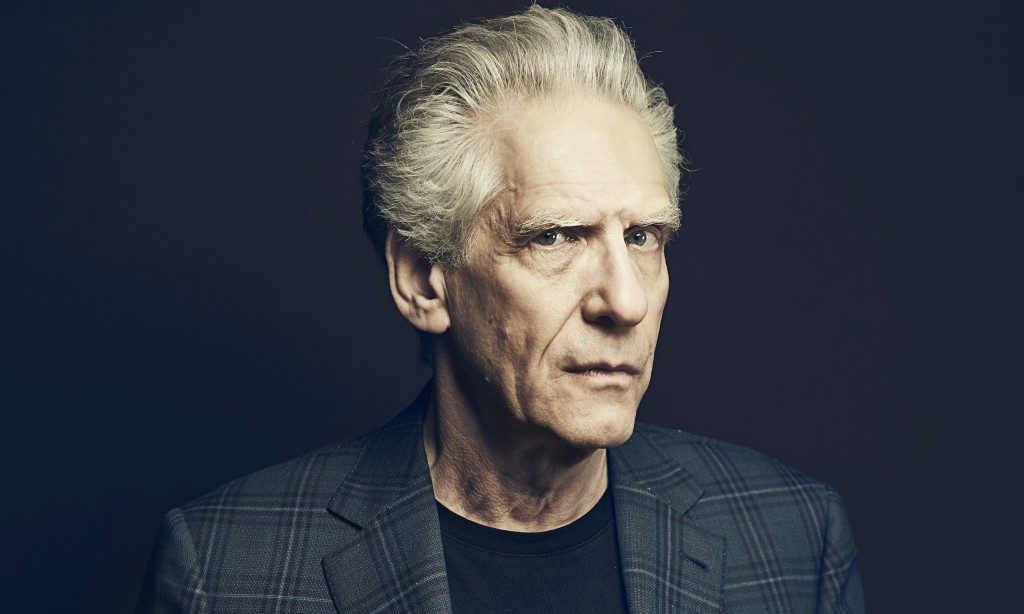 This Canadian auteur is one of the forefathers of the body horror genre and his work, while debated as shallow and extremely violent and gory, has had a significant influence on the horror genre and enjoys a revered status among cult horror film fans. The thematic aspects of Cronenberg’s cinema include disturbing explorations of the human fear and its metamorphosis into physical embodiment. His startling insights of the human mind and an eerie, inquisitive desire to flesh the human body out in all its facades and suppressed desires form the core of his cinema Subtlety has never been his forte and his unabashed use of violence and gore has often drawn a lot of flak from his critics and a large section of them dismiss his work as just being violent for the sake of being violent. However, despite numerous detractors itching to thrash his work, Cronenberg’s cinema has lived and stood the test of time through his ardent admirers and we have absolutely no qualms in proclaiming him as one of the most audacious and daring auteurs to have changed the landscape of the horror genre and turned it into whatever it is today. 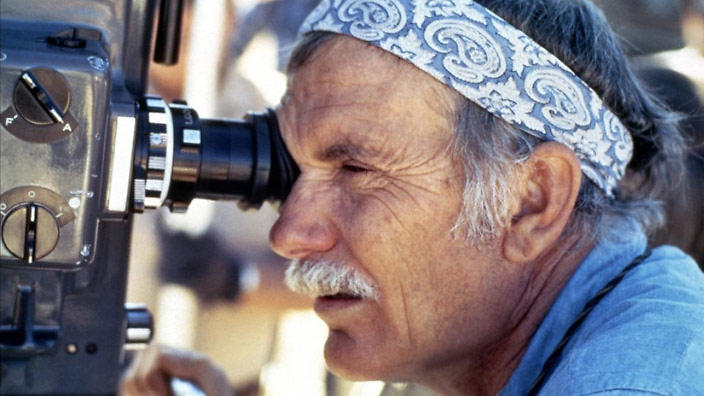 Sam Peckinpah saw a world choked up in nihilism and drenched in blood and brutality. His ferocious, unapologetic cinematic style made him one of the most controversial figures in American cinema. Peckinpah revolutionised the Western genre and his visually stylistic and bold approach continue to inspire generations of aspiring filmmakers. Peckinpah’s characters often feel thrown around in a world of distorted morals and values in a quest for honour and self-discovery but are constricted by the existing brutality and violence. It is impossible to talk about him without having to talk about his controversial magnum opus, ‘The Wild Bunch’; a revolutionary western that depicts the tale of an ageing outlaw group looking forward to an epic final heist as they see a changing world, confronted by its chaotic values and morals. The film is noted for its sharp editing techniques and was considered an achievement in visual storytelling. While some of his films may not have aged well as his contemporaries’ works, Peckinpah’s undeniable influence on modern cinema has elevated his place as one of the greatest filmmakers to have ever lived. 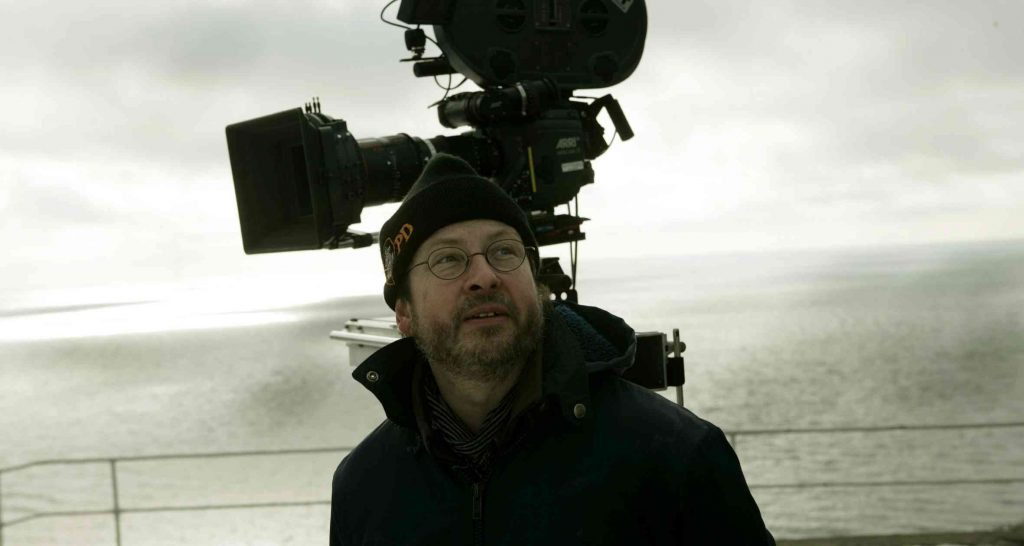 The undisputed bad boy of art-house cinema, Lars Von Trier is a man who revels in controversies and abhors the word convention. Few filmmakers have dared to experiment their art with the fascinating boldness and seductive honesty of Von Trier. His films are profoundly provocative and viscerally disturbing portraits of the human nature that engulf you with a sense of pain and sorrow, deforming your emotions in a way that leaves you scarred for life. His early Dogme 95 days saw him achieve his greatest success overseas with ‘The Golden Heart’ Trilogy, consisting of ‘Breaking the Waves’, ‘Idiots’ and ‘Dancer in the Dark’, all among the most widely acclaimed films of the past three decades. His early works were characterised by a peculiar sense of wry humour, evident in the mini series ‘Riget’. Post 2000s, however, his style veered away from conventions and experimented with narrative structures and often fusing theatrical elements into his cinema. Lars Von Trier is arguably the most divisive filmmaker whose recent endeavours to blur the lines between self-indulgence and genius have often backfired. But there is no denying the fact that he would go down as one of the most exciting and fearless auteurs to have experimented with his craft and his influence on contemporary cinema can never be ignored. 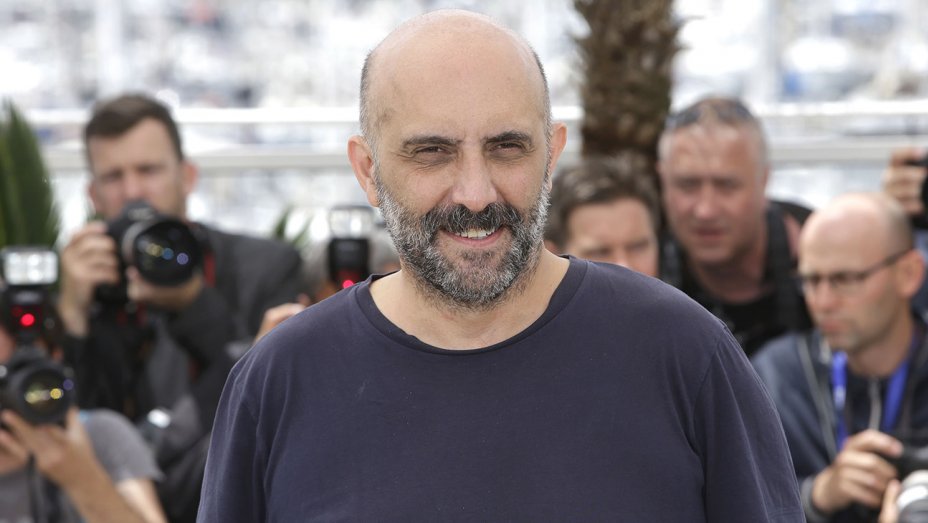 Incidentally, I happened to watch ‘Irreversible’ a few days back and haven’t quite recovered from the hang of it yet. There are very few filmmakers who have psychologically devastated me to such an extent and I can now proudly say that Gaspar Noe is one of them. A technically sound director, Noe’s body of work explores provocative themes of violent sexual behaviour and nihilism that consumes the existence of lives fleeting through time and emotions. His debut feature film ‘I Stand Alone’ is one of the most intriguing, fiercely powerful character studies that examines the issues of sexual morality, violence and isolation. His constant endeavour to push the cinematic boundaries beyond all its limitations and choice of subjects that are profoundly disturbing and provocative make him one of the most exciting filmmakers working today. 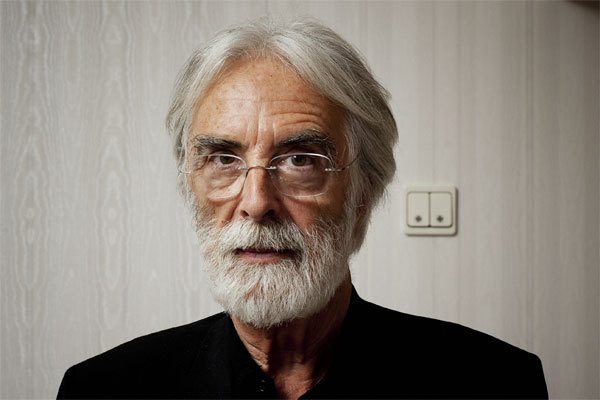 A very tough call but at number two, we have the man who loves to screw the bourgeois party. Critics, more often, tend to label Michael Haneke as a provocateur but that’s missing the point of his films. His work is intended to expose you to the repressed realities of a modern society steeped in materialistic values, hypocrisy and ignorance. Haneke’s brutally nuanced exploration of violence and its emotional, psychological and philosophical facets turn his cinema into a deeply disturbing form of art that mirrors the road to the darkest corners of the human mind. His camera terrifies you in its dead-eyed stillness which serves as a gaze, observing the most painful realities. Haneke accuses the media and mainstream Hollywood cinema for making violence a consumable element; an issue he addressed and mocked in his 1997 satirical thriller ‘Funny Games’. His 2005 implosive psychological thriller Cache, now considered to be among the greatest films of the 21st century, depicts the paranoia of a Parisian bourgeois couple who receive surveillance tapes of their everyday lives that trace back to the husband’s treacherous past. Exploring Haneke’s work can be challenging and might be an extremely unpleasant experience but is one that is sure to linger in your minds for a long, long time and is the kind of cinema that makes you proud to call yourself a cinephile. 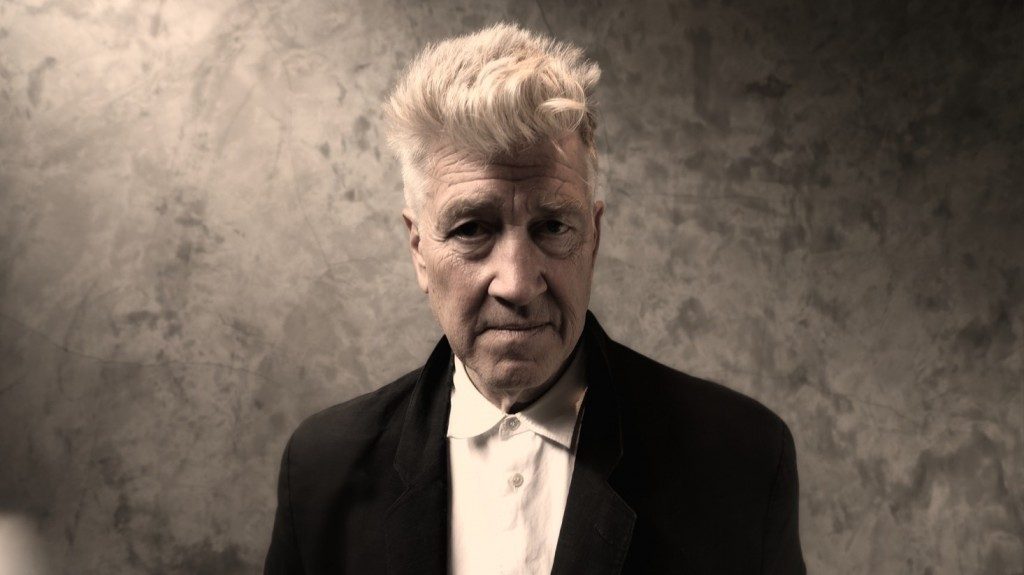 I’m assuming for a lot of people this won’t come off as a surprise. The man with godlike powers to creep on to your psyche and rip your sub-conscious off in all its fears, desires and vulnerabilities. David Lynch is, in my opinion, one of the greatest surrealist filmmakers of all time and undoubtedly the most disturbing filmmaker whose cinema is a beautiful, intriguing portrait of the human sub-conscious, soaked in ineffable mysteries and secrets. Right from his debut back in 1977 with the surrealist body horror, ‘Eraserhead’ to his last feature ‘Inland Empire’, Lynch has never relented and has often toyed with conventional narrative structures and plot-devices. His cinema is a deep, silent nightmarish cry that confronts you with your deepest fears and darkest desires, terrifying and disturbing you in ways unspeakable and unfathomable to the meagre abilities of the human intellect.