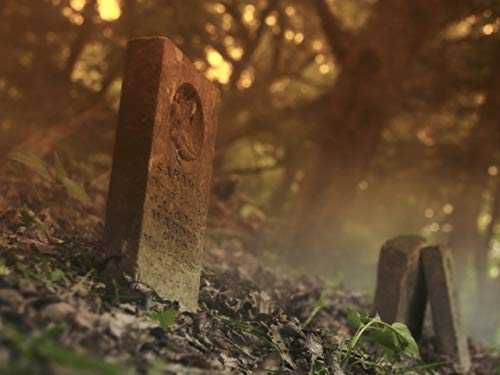 Most Terrifying Places in America is a paranormal documentary series on television that premiered as a stand-alone special in 2009 on the Travel Channel. The specials subsequently got divided into an episodic series, featuring the legends and spooky stories of several reportedly haunted locations all over America. The series is directed by Anthony Kraus and Narrated by Mason Pettit. It is produced by Alison Mouledoux, Rebecca Bruno, Deena Lysadt Greiner, Katie Iger, and Glenn Waldman, with the executive production by Matt Sharp. The original network of release is Travel Channel, and the distributors are Sharp Entertainment. All the seven parts airing from 2009 October to 2010 October, are considered under season one with a special episode ‘The Top 13 Terrifying Places’ as episode eight. After the conversion, the series witnessed two more seasons.

Travel Channel’s synopsis of the show reads, “Evil lurks in every dark corner while restless spirits haunt America’s most frightening spots. Travel Channel is taking you to the creepiest haunted mansions, most terrifying basements and the scariest stretch of road in the States.”

Most Terrifying Places in America Season 4 Cast: Who’s in it?

The series, Most Terrifying Places in America is narrated by ‘Mason Pettit’. He is an actor, voiceover artist, and producer based on New York. He is known for his work in Monogamy (2010), Person of Interest (2011), and Law & Order: Special Victims Unit (1999).

Most Terrifying Places in America Season 4 Plot: What is it about?

The series starts with the narration by Mason Pettit. Each episode first shows the Haunted Hotspots on the map of the United States. A particular haunted place is then selected by the Ghost Hunters, and they investigate the location along with the team. The whole crew including Paranormal investigators, psychics, historians, and mediums, presented commentary on these sites. The show covers historical footages and interviews with eyewitnesses. It also includes a warning note reading, “What you are about to see may be too extreme for the young, the impressionable, and the faint of heart. Parental discretion is advised.”

There is a special show in the series one at the end by the name ‘Most Terrifying Places in America: Top 13’ featuring 13 most terrifying places from all the past episodes. Season two and season three follow the same patterns, with slight differences.

Most Terrifying Places in America Season 4 Release Date: When will it premiere?

Most Terrifying Places in America first premiered back in 2009. The first series had eight episodes. The series got renewed for season two that premiered on 17 October 2012. It consisted of 10 episodes, which were instead, called volumes. After a long gap, the third season premiered on September 30, 2018, having five episodes, and airing till 28 October 2018. The announcement for the renewal or cancellation of the fourth season is not yet made. We are hopeful as ever. Looking at its history, we could be waiting a couple of years for its air date. You never know though. Stay tuned!

Catch the thrilling episodes of Most Terrifying Places in America here.