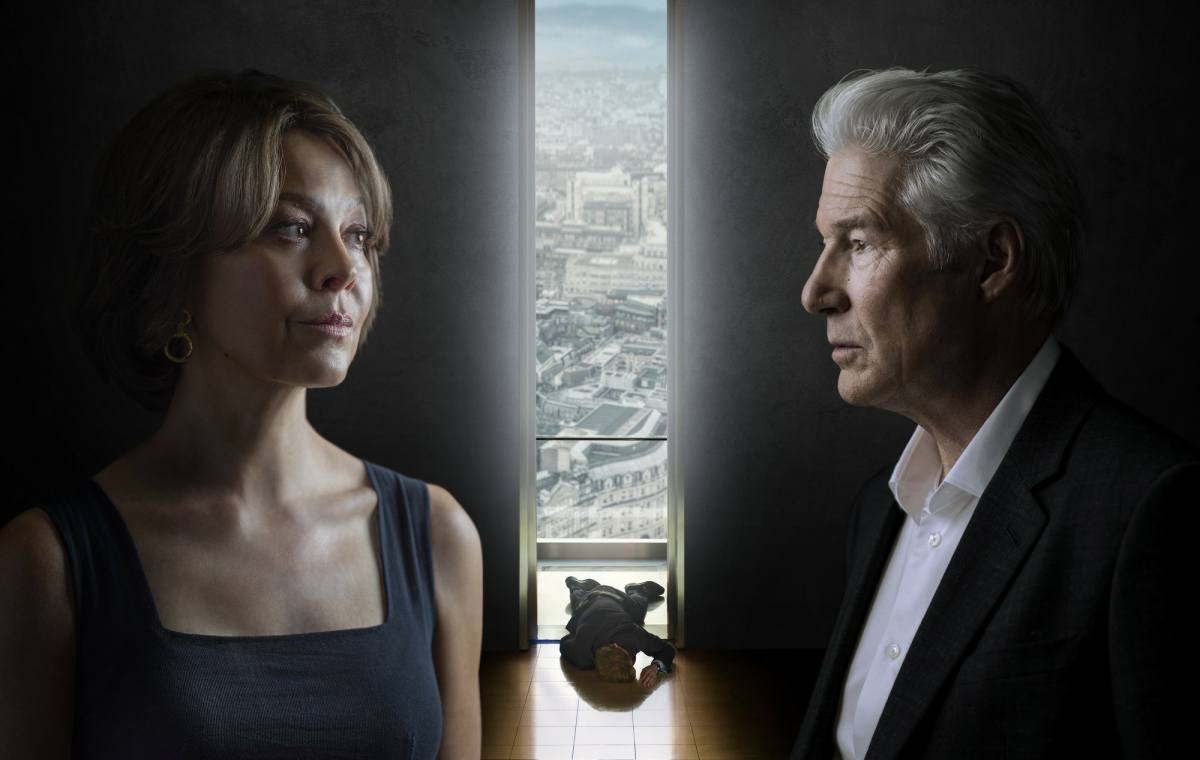 ‘MotherFatherSon’ is a BBC series, created and written by Tom Rob Smith and directed by James Kent and Charles Sturridge. This psychological thriller political drama revolves around a media mogul who collects dark secrets and uses this knowledge to fuel his own ambitions and influence. A gripping tale about family, loyalty, power and money, and a country on the edge of transformation, it is executive produced by Alan Poul, Hilary Salmon, Elizabeth Kilgarriff, and Tom Rob Smith.

MotherFatherSon Cast: Who is in it?

‘MotherFatherSon’ features a remarkable ensemble cast led by Richard Gere. The multiple award-winning, ‘Pretty Woman‘ and ‘Unfaithful’ star plays the role of Max, a charismatic, self-made owner of a huge media empire in Britain. He possesses an impressive, superior demeanor and often resorts to mind games to assert his control over others. As per Kent, “My job is to try and deliver authentic characters who you don’t go, ‘Ahhh he’s okay but he’s playing bigger than he really is.’ Well, if you have Richard Gere, who brings his legacy with him, but also he is truly a man of great presence on the screen, then you don’t doubt he couldn’t be a Max.”

Helen McCrory of ‘Peaky Blinders‘ and ‘The Queen’ fame enacts the character of his ex-wife Kathryn. She is kind of a rebel and does not have much influence on the lives of Max or her son. She is still not over her divorce and is plagued by her past memories. Billy Howle (‘Witness for the Prosecution’) stars as Max’s messed-up son and heir, Caden. Full of resentment and anger, he resorts to substance abuse and self-destruction, and harbors a huge communication gap with his parents. Sarah Lancashire (‘Happy Valley’) is Angela Howard, an opposing politician — an MP and Leader of the Opposition party.

MotherFatherSon Plot: What is it about?

‘MotherFatherSon’ introduces us to Max, the owner of one of the most influential and colossal media empires in Britain. His modus operandi is to collect dark secrets about everyone and to use it for his own advantage. Ruthless, ambitious, and powerful, he is the father of Caden, the editor of Max’s mouthpiece newspaper, The National Reporter. But Caden is unable to cope up with the constant pressure that arrives in the form of his dad’s extreme expectations. In order to numb his thoughts, he resorts to incessant cocaine intake and anonymous sex. However, Caden soon succumbs to this continual addiction and has a huge stroke, leaving him almost helpless. This is when Kathryn decides to rebuild the relationship with her estranged son, thanks to Max’s actions. Meanwhile, as the couple fights for their son, the latter has another battle to face. Why? Caden has access to his father’s most devastating secrets that can destroy his empire. This could also prove to have profound implications as his father is running in the country’s upcoming general election.

As the story unfolds, we witness how Caden starts learning his basic functions from scratch. Meanwhile, he must also decide on re-evaluating his relationship with his parents and choose the life he wants to lead. According to Smith, “That is the heart of the piece. If you had to restart your life, what’s important? Who are we, essentially? And then if you think you’re using that as your central idea, then you look at everything. What’s the world like? Why is the world like this? You get to question everything.”

MotherFatherSon Season 2 Release Date: When will it premiere?

‘MotherFatherSon’ season 1 premiered on March 6, 2019 on BBC two and ended on April 24, 2019, for its UK audience. It was soon picked up by Starz and it debuted on the channel on June 21, 2019. The entire season comprises eight episodes, with a run time of 60 minutes each.

Now, as far as a renewal is concerned, BBC Two has not yet revealed any plans yet. However, the finale does set up the stage for another installment. It offers a happy ending for its major characters but leaves scope for a story to be continued for Kathryn. Without much spoilers, we would like to mention here that the series ends with Kathryn getting an envelope in her office. And this seems to contains some vital information about Angela, thereby, building up the plot for another part with a face off between Angela and Kathryn.

However, although this gives us some hope about a sequel, we cannot say anything for sure yet. If you note, most of Smith’s creations are in the format of limited series. Hence, he holds a strong inclination toward single-series storytelling. Moreover, since season 1 gives an almost definitive conclusion for most of its characters, we may not actually see another installment.

In the unlikely event of the show getting renewed, ‘MotherFatherSon’ season 2 release date could fall sometime in 2020. We shall update this section with more concrete news as and when we learn more.

While we wait for an update on season 2, below is the official trailer for ‘MotherFatherSon’ Season 1. You can check it out to understand what the series is all about. Additionally, if you have not watched the show yet, you can head to their official site to catch up on all its previous episodes.