Mother of the Goddess’ Dormitory Episode 3: What to Expect? 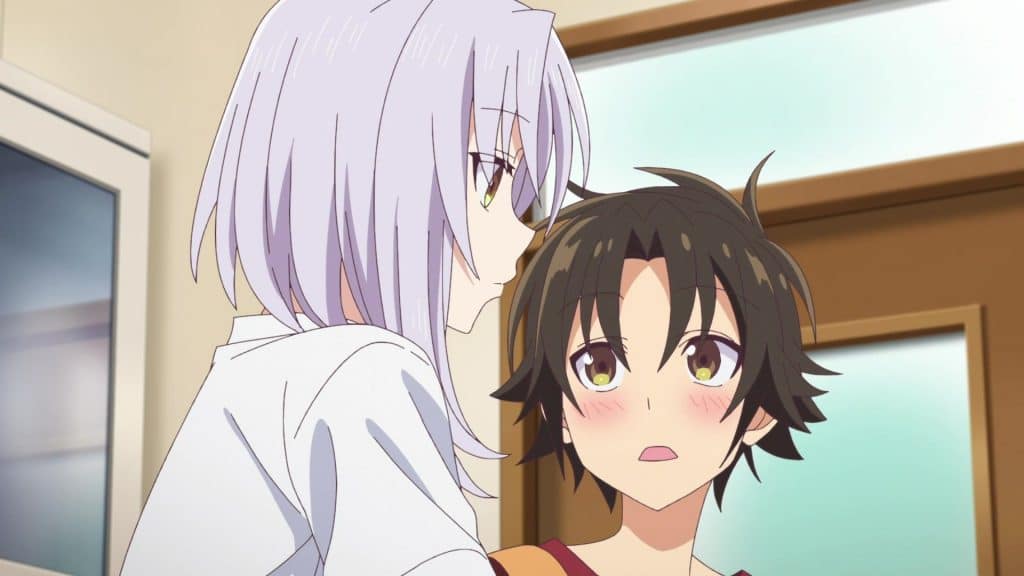 Based on a Japanese manga series written and illustrated by Ikumi Hino, ‘Mother of the Goddess’ Dormitory’ or ‘Megami-ryou no Ryoubo-kun.’ Is an ecchi harem anime. The story revolves around Koushi Nagumo, a young man whose house gets burned down and his father leaves the city. He meets a kind young woman named Mineru, who brings him to the dormitory she shares with four other women. Koushi soon discovers that each of these women has her own unique issues. Circumstances lead him to become the “mother” of the dormitory, where every day feels like an adventure. The anime premiered on July 14, 2021. Here is everything you need to know about the upcoming episode of the series.

‘Mother of the Goddess’ Dormitory’ episode 3, titled ‘Koushi, at a Loss’ and ‘Koushi Goes Back to School,’ is set to release on July 28, 2021, in Japan. The episode will air at various times on AT-X, Tokyo MX, KBS Kyoto, SUN, and BS11. The anime is released in three versions: modified, uncensored, and see-through. Uncensored versions of the episodes are available on AT-X, and the see-through version is only available on d Anime Store.

Viewers can watch the episodes on HIDIVE with original Japanese audio and English, Spanish, Portuguese subtitles on the same day they air in Japan. The anime is also available on VRV. Musa Asia will make the episodes on its YouTube channel. And as mentioned above, Japanese viewers can stream the series on d Anime Store.

In episode 2 part 1, titled The Problem with Kiriya and Seren,’ as Koushi sleeps, Mineru develops an aphrodisiac that she plans to use on Koushi. The boy wakes up after hearing a large crash and discovers that Kiriya, the girl that stays in the room right above him, is stuck on the floor. After she gets out, Kiriya reveals that she has grown up competing against her brothers. As a result, she can be quite a tomboy. What many don’t know about her is that she loves shoujo comics and hopes that she will find someone someday who will accept her for who she is. Koushi eventually goes to sleep in Kiriya’s room while she sleeps in his. Later that night, Seren appears in the room and promises to fix the destruction that Kiriya caused if Koushi accepts her as his master.

In part 2, titled ‘Atena Awakens,’ Koushi goes grocery shopping, and Atena decides to accompany him. Koushi praises her for her willingness to confront her fears and even saves her when she gets trapped in a tricky situation. When they are alone, Atena seems to derive a lot of pleasure whenever Koushi calls her big sister. In episode 3, an acquaintance from Koushi’s past might show up. Koushi might finally go back to school.