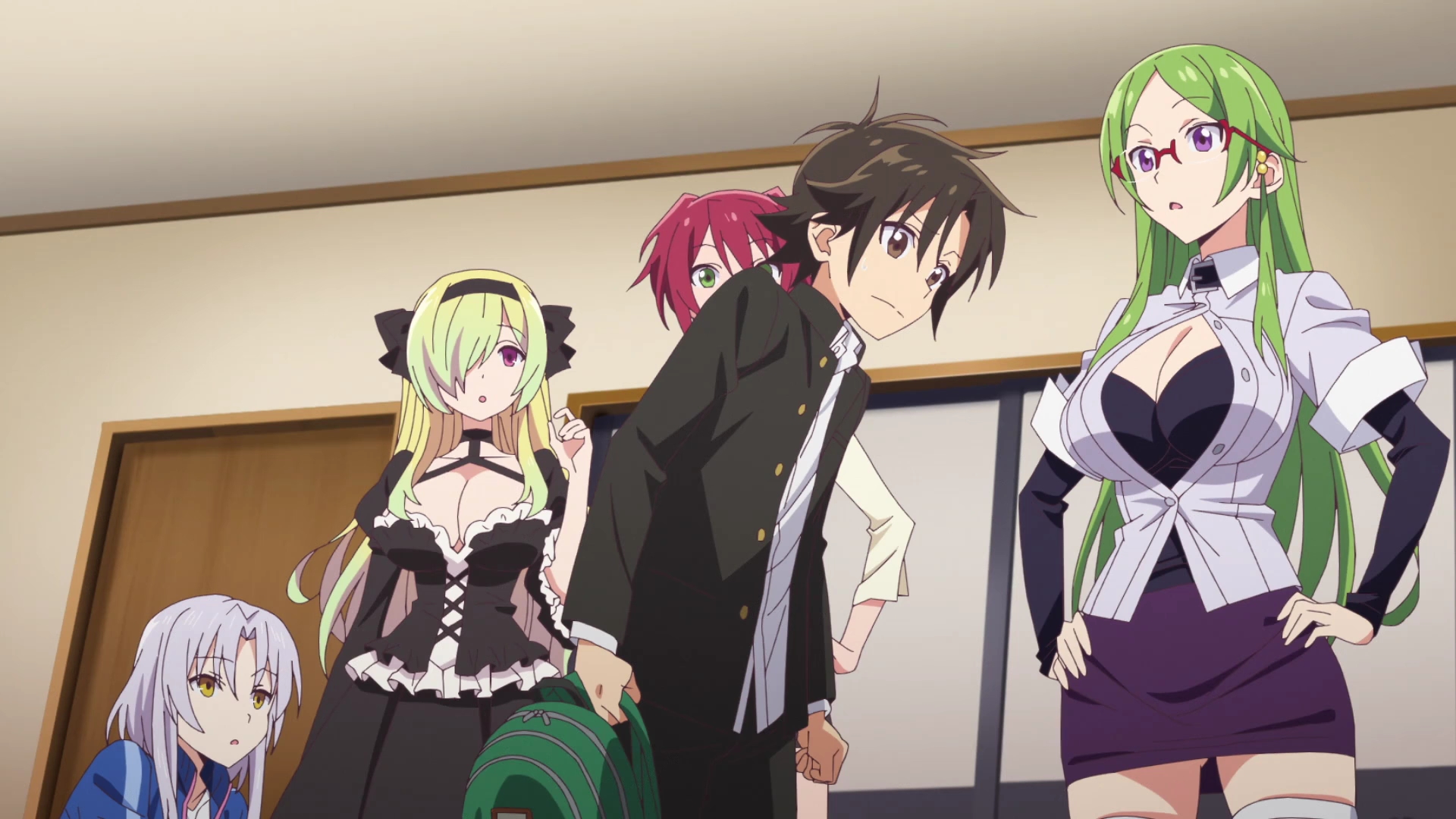 ‘Mother of the Goddess’ Dormitory’ or ‘Megami-ryou no Ryoubo-kun.’ is a romantic comedy ecchi anime that focuses on Koushi Nagumo, a 12-year-old boy who is abandoned by his father after their house accidentally catches fire and completely burns down. The adolescent collapses on the street with no place else to call home, completely exhausted and hungry. Luckily, a young college student named Mineru decides to take him to the female dormitory Megami-ryou where Koushi eventually accepts the job of dormitory mother. However, little does he know that he will be staying with several eccentric college girls who clearly lack appropriate boundaries. Based on Ikumi Hino’s manga series of the same name, the show first premiered on July 14, 2021.

The anime was criticized for its average character and story development, but the hilarious episodes still managed to become an ideal timepass for many viewers. After the conclusion of the first season, these fans are now wondering whether they will get to see their favorite characters again on screen or not. Curious about the same? We have got you covered.

‘Mother of the Goddess’ Dormitory’ season 1 released on Tokyo MX, AT-X, and other channels on July 14, 2021, in Japan. The series ran for twelve episodes before ultimately concluding on September 15, 2021. It was animated by Asread, with Shunsuke Nakashige helming the directorial team and Masashi Suzuki leading the writing staff.

As far as the second installment of the harem ecchi anime is concerned, here is everything we know. Studio Asread is yet to renew the show for another season. Since none of the people involved in the production of anime has dropped any hints about the production of the second installment, the future of the show is quite uncertain as of now. One of the most crucial factors that are taken into consideration by the anime production committee before renewing a series is the source material.

The first season was announced a day before the release of the fifth volume of Ikumi Hino’s manga series, and therefore it adapts only the first four of them. However, right now, there are only seven volumes of the manga in circulation, and it’s unlikely that the series will be renewed until at least the eighth or ninth volumes are published. Assuming that the book series follows the regular release pattern, there won’t be enough material until the end of 2021 or mid-2022.

Therefore, the fans probably have a long wait ahead of themselves. Since the show garnered above-average ratings and a decent viewership, the chances of the show’s return are good. Taking all the aforementioned factors into consideration, we can expect ‘Mother of the Goddess’ Dormitory’ season 2 to release sometime in late 2023.

In the season 1 finale, Atena knits a pair of gloves for Koushi since he is struggling with the extremely cold climatic conditions. Although the dormitory mother wants to cook a special meal for everyone, when he goes grocery shopping, Koushi collapses because of his fever. The girls decide to take care of him but unintentionally often end up making things worse. Atena makes food for Koushi, but he collapses again, scaring all the dormitory girls. Realizing the seriousness of the situation, Atena decides to look after him on her own and nurses him throughout the time. She also confesses that she truly values his presence in the dormitory and ends up sleeping beside him.

In season 2, the girls will have a marathon tournament at the college, and Koushi will go with them to offer moral support and encouragement. While some of them will compete, others will be busy cheerleading. Furthermore, the upcoming installment is expected to cover Koushi’s life at his school a bit more in detail. Sutea will continue to ensure that the dormitory girls keep their hands off the protagonist while her feelings for him grow. Atena and Koushi may still feel puzzled by their feelings for one another but may slowly begin to understand what they mean for each other.