When Will ‘Motherland’ Return on BBC2? 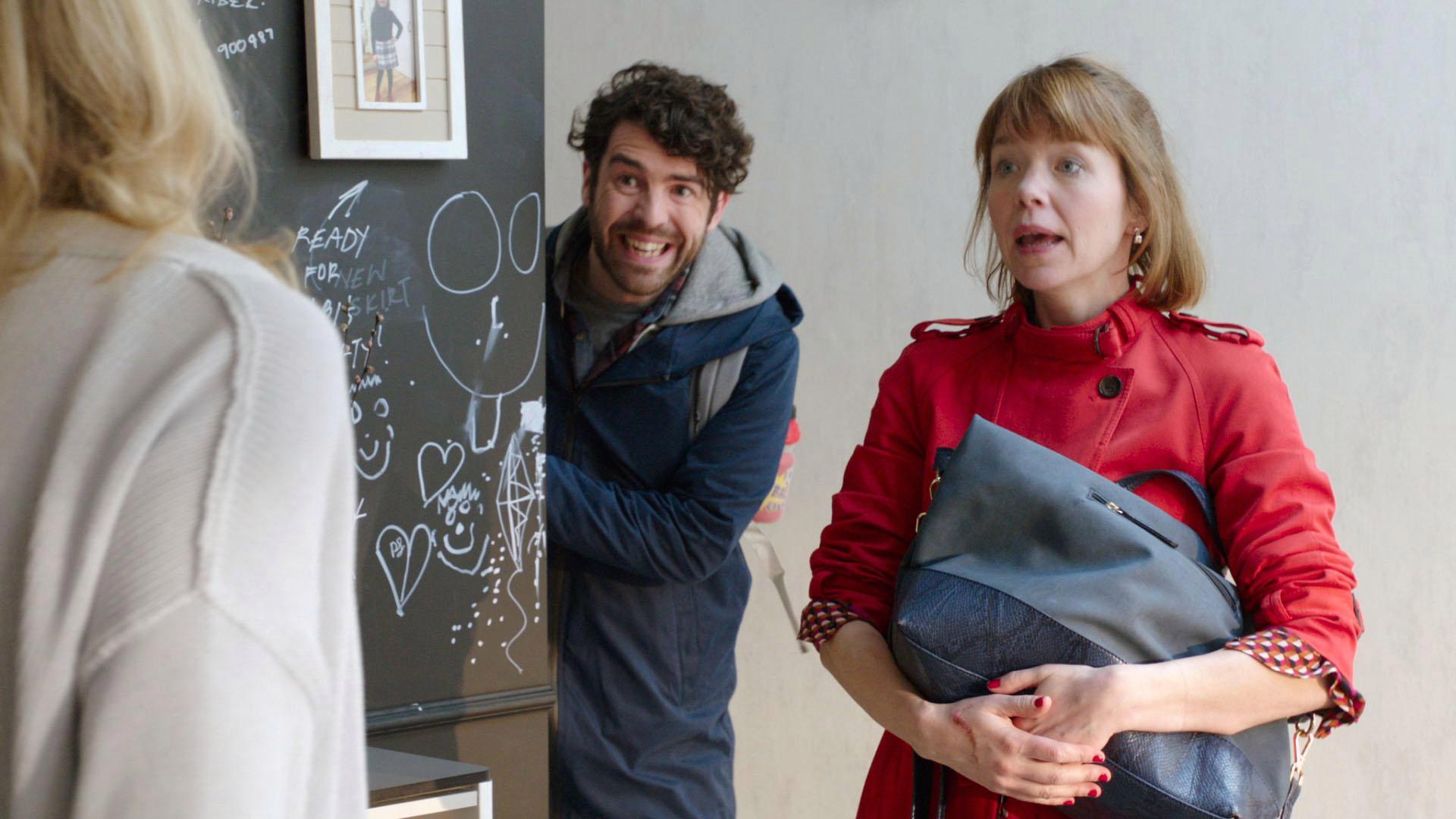 When one thinks about ‘comedy’ and ‘British TV’ in the same breath, the association invariably leads to some comic giants of the past, whose footfalls still echo in how the British comedy works today. These are the Monty Python group who perfected the surrealist comedy on TV, in ‘Monty Python’s Flying Circus’, and John Cleese’s individual two-season project, ‘The Fowlty House’. Shows like these have left the impression of their eccentric, offbeat brand of humor even on the current age of the sitcoms.

The classics like Ricky Gervais’ ‘The Office‘ (the original UK version) are ripe with cringe comedy – the comedy of awkwardness, the logical next step in British dry humor. Since then, it would appear that many British sitcoms have opted to go for the brand of humor preferred in the US. This would be the entire picture of the scene if it were not for guardians of the true British sitcoms, like Aisling Bea and Sharon Horgan.

Horgan’s ‘Catastrophe‘ was one of the biggest breakout hits with unprecedented success for a very niche-specific cringe comedy. In 2016, its spiritual successor to again champion the form was born. It came as a collaborative effort between Graham Linehan and Sharon Morgan, for the pitch of a single episode worth of screenwriting, in the BBC Two Sitcom Season 2016. The episode, later on, became the pilot as BBC ordered a full six-episode miniseries. This show is ‘Motherland’, a sitcom about the woes of motherhood.

It was renewed for a second season which premiered on October 7, 2019, and followed an announcement of the renewal of its third season, a week before the season 2 premiere. Let’s quickly look into the details of the series while we answer when ‘Motherland’ Season 3 will return on BBC2.

Motherland Season 3 Release Date: When will it premiere?

‘Motherland’ Season 2 premiered on October 7, 2019, on BBC2. ‘Motherland’ had a great reception both from the critics and audiences. Its plot leaves quite a few threads, to build towards a follow-up season. What’s more, it has been confirmed that there will be a third season.

Speaking about the renewal of ‘Motherland’ Season 3, Hogan said, “Making the second series of Motherland was even more therapeutic than the first. We gratefully accept Shane Allen’s offer of further treatment courtesy of the BBC.”

Allen Controller, Comedy Commissioning, BBC Two is of the view that “the sheer amount of top of their game comedy brains both in front and behind the camera in one show is staggering”. He said, “series 2 has the sharpest and paciest writing which places our relentlessly inept ensemble into ever-inventive heights of degradation, we want more and we want it as soon as possible. This is a show that will run for as long as the team is able to keep making it and is the easiest commissioning decision this side of renewing Coronation Street.”

The air date for ‘Motherland’ Season 3 is uncertain for now but we believe it will release in Q4 2020. Stay tuned for updates.

Motherland Cast: Who’s in it?

‘Motherland’ has a cast that is no stranger to the BAFTAs. It is written by Sharon Morgan, who won both an Emmy and a BAFTA for her ‘Catastrophe’ and directed by the BAFTA-winning director of ‘The I.T. Crowd’, Graham Linehan. To top it off, the show stars BAFTA-winning actress Anna Maxwell Martin in the lead role, known for her work in ‘The Bletchley Cycles’ and ‘Death Comes To Pemberley’.

Anna plays Julia, the protagonist who is at the center of the show’s, at times, chaotic set-pieces of hilarity and lucrative comedy. However, the show’s star power does not end there. It also features some very prominent actresses in its supporting cast, at the forefront of which is Anna’s friends, Amanda and Liz, played by ‘Into The Woods’-starrer Lucy Punch and ‘Cunk on Shakespeare’-starrer Diane Morgan, respectively.

Although the script for a new season is not known to be ready yet, it can be assumed that the season will at least have the trio of Julia, Amanda, and Liz, and so Anna, Lucy, and Diane will definitely be present as the central cast yet again.

Motherland Plot: What is it about?

‘Motherland’ is a sitcom on the trials and tribulations of middle-class motherhood in the urban UK, as the show’s cast goes through cycles of hope and satirical despair facing the drabness of modern parenting. The show doesn’t dwell on the glamorous side of motherhood and delves deep into the unromantic side, providing a first-hand look at the challenges posed here with regard to personal and professional lives.

For the next season, we expect a more cohesive arc to be there (which the show lacked in the debut season), and of course, the sheer hilarity of the situations the characters are put through.

While waiting for further updates, watch the official trailer for the debut season to get a glimpse into the show here.