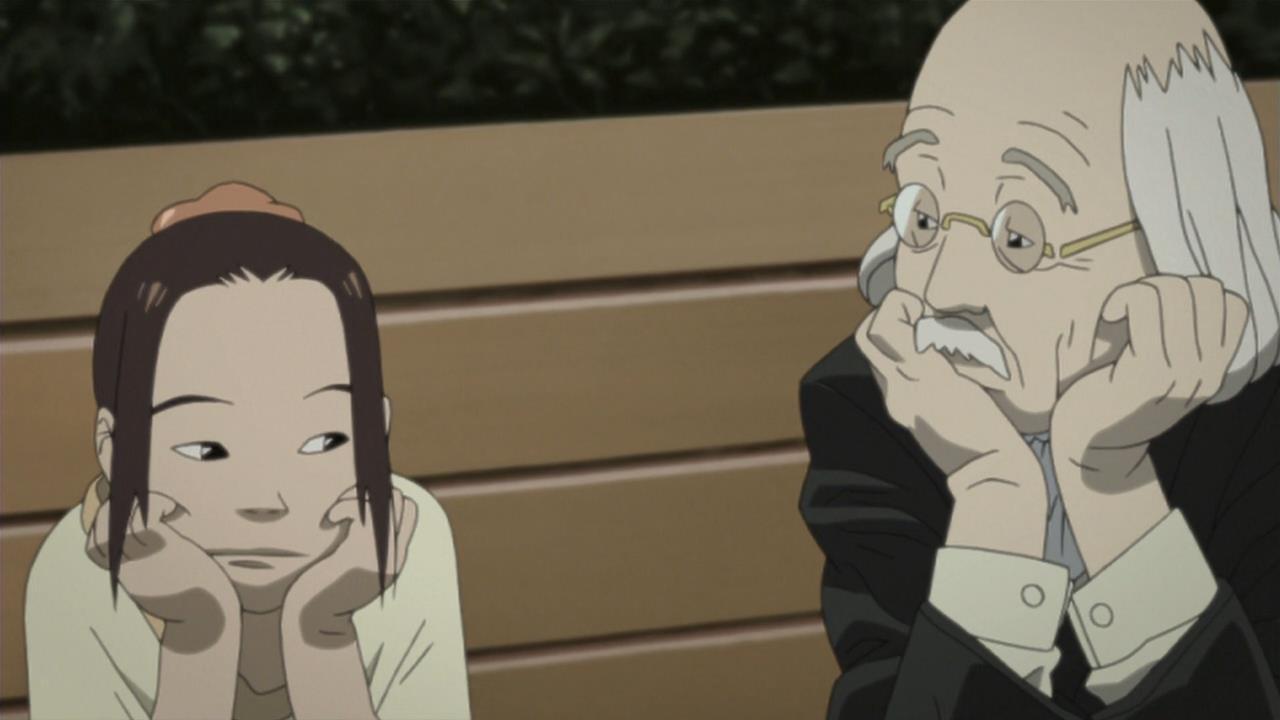 Satoshi Kon has been known for creating anime that start off on a very normal tone and are seemingly very generic in the beginning. But they soon take a very serious tone and turn into something you have never seen before. ‘Mousou Dairinin’ is another one of his creations that initially seems to be a typical detective story but soon, as a viewer, one is exposed to some really interesting twists and turns that make the whole viewing experience even more exciting. Over the span of its 13-episodes, one does not even have the time to breathe and the thrilling story of the show keeps you at the edge of your seat at all times. For the most part of the show, you’ll just assume that certain arcs of it are just fillers and could in no way be related to the overarching plot. But then all of it starts to make sense by the time you reach the end and that’s when Satoshi’s brilliance hits you.

Madhouse Studio has done a fairly decent job with the animation and art style of the show. Though the animation is not extremely great, it seems to fit well with the overall vibe of the anime. The background tracks are quite impressive and create an eerie intensity to the scenes. If you have never seen any of Sat-Kon’s work before, then I would highly recommend this one to you. Watching this is a very refreshing experience and I can assure you that it will be unlike anything else you have ever seen before. Most people would describe the anime as a “Mind F**k” that is bizarre, intense and extremely gripping. And if you are planning on watching it now, then be prepared to think a lot more than you usually do while watching anime. To put it simply, ‘Paranoia Agent’ is a masterpiece and one of the finest pieces of entertainment in the anime industry.

Paranoia Agent Season 2 Release Date: When will it premiere?

‘Paranoia Agent’ Season 1 aired from February 3, 2004 to May 18, 2004 and during this span, it covered a total of 13 episodes. The show is an anime original, which means that it has not been adapted from a manga and the creators can continue it for as long as they want. After its release, the show wasn’t very popular popular but most viewers rated it slightly above average. So we can safely say that the anime did fairly well and the creators could have given its season 2 a thought.

But surprisingly, unlike most other anime shows, pretty much no one has been demanding for a season 2 of this one. One reason behind this could be the fact that the ending of season 1 was quite conclusive and another reason could be its lack of popularity in the Western region. Whatever the actual reason may be, at this point, ‘Paranoia Agent’ Season 2 release date of 2021 or 2022 seems like a distant dream. The anime has been long forgotten and coming up with a new season of it would in no way be beneficial for the creators now. So if you are one of those few people who’ve been hoping for the renewal of this show, then you might want to start looking in a different direction now because the odds are not exactly in its favor. Let’s just say that some shows are one season wonders and extending them any further than that would just ruin them. So let’s embrace it for what it is and move on.

You can watch the English dub of ‘Paranoia Agent’ on Funimation.

‘Mousou Dairnin’, also known as ‘Paranoia Agent’, revolves around a villainous character known as the shounen bat who has been terrorizing the residents of an entire city. The “Shounen Bat” flies around the city on his/her pair of rollerblades and beats people up with his golden baseball bat. The person behind this masked identity seems to be one step ahead of all crime investing agencies and is impossible to catch. One of his first victims was a timid character designer named Tsukiko Sagi who is now suspected of orchestrating these attacks.

As these attacks continue to become a widespread phenomenon that grips the entire city, detectives Keiichi Ikari and Mitsuhiro Maniwa try to track down the true identity of this criminal. Soon, the number of victims of the golden bat start to rise and this leads to the beginning of the circulation of bone-chilling rumors about the origins of the attacker. It’s on the two detectives now to unravel the mysteries behind who this attacker is before it’s too late.

Keiichi Ikar is a senior detective who is in charge of the golden bat case along with Mitsuhiro Maniwa. He is an old fashioned guy who prefers to take a simple approach to pretty much everything that he does. He is really uptight and also gets frustrated easily. When Mitsuhiro tries to be more understanding of the victims of the case, Keiichi gets really impatient and hates working with these people. He usually has a cigarette hanging down his mouth.

Mitsuhiro is a junior detective who works on the “shounen bat” case along with Keiichi Ikari. Unlike Ikari, he is very gentle, soft spoken and always empathizes with the people he is working with. He carefully listens to the stories of the victims and believes in working with them. Despite being the junior detective, he shows a lot more maturity and also seems to be more intelligent when it comes to solving the case. He patiently takes one step at a time and is the first one to discover that the “Shounen Bat” can appear in two places at once. A lot of times he even questions the methods and snobbish behavior of his senior in his mind but never really lets it out because he realizes that he does not have the authority to do so.

Tsukiko Sagi is the main character of the series who is known to be Shounen Bat’s first victim and is also suspected to be his/her creator. She is a thin woman with black hair who has a gloomy appearance and always dresses up in dull clothing. She only spends time with other people when it is necessary and otherwise likes to be alone. She treasures her talent of creating characters and proves to be really good at what she does. Many of her colleagues seem to be envious of her creativity and talent.

Shounen Bat, also referred to as Golden Bat, is known to be an assailant who flies around wearing golden rollerblades beating people up with a golden baseball bat. No one really knows the true identity of the person behind this but the entire city is gripped with several rumors about who the person may be. In the English Dub, he is also referred to as “Lil’ Slugger”.