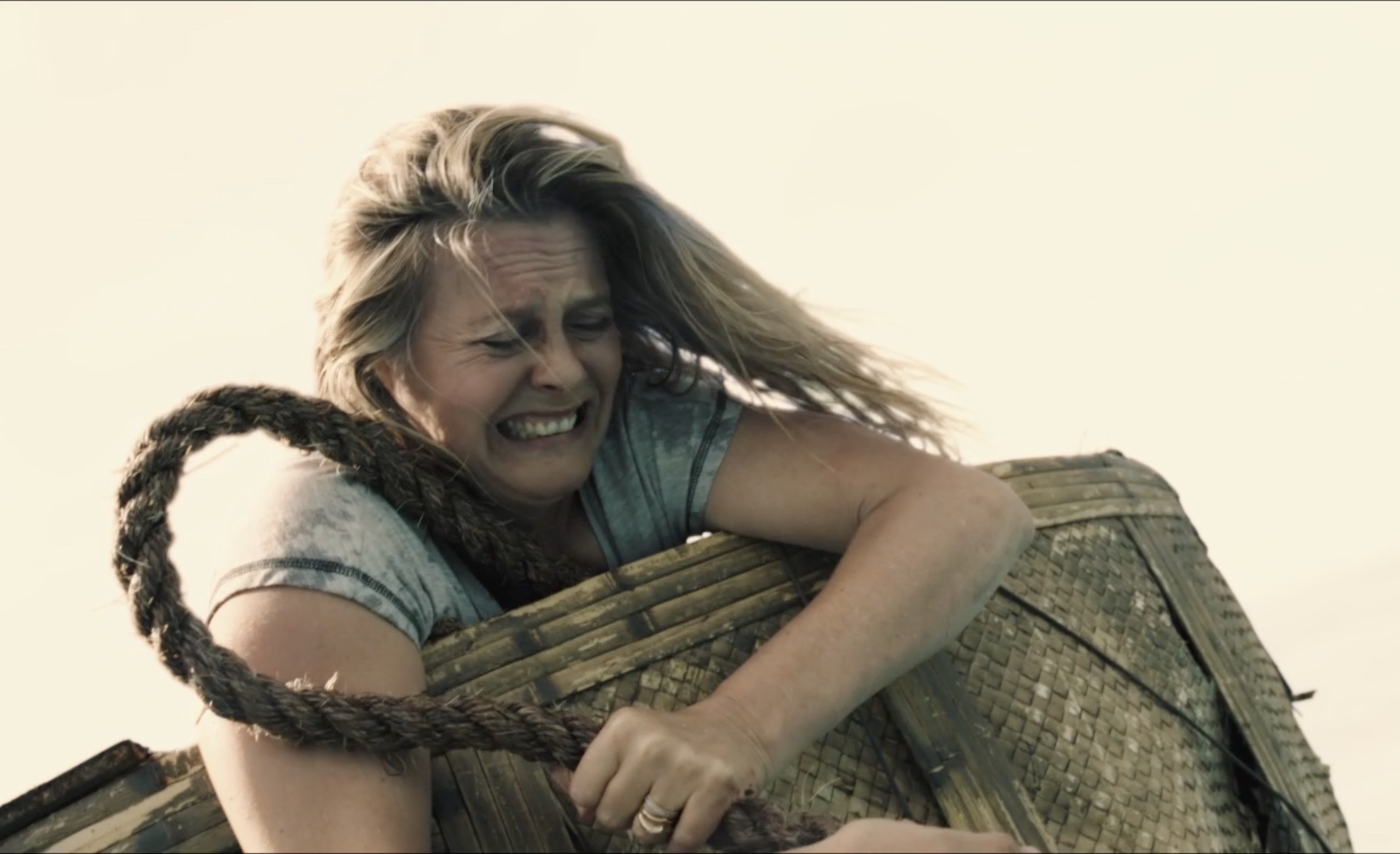 With Le-Van Kiet at the helm, ‘The Requin‘ is a horror thriller movie that follows a couple, Jaelyn and Kyle, who look forward to spending a few romantic days at a seaside villa in Vietnam. Soon, their parade literally gets rained on, so much so that their villa gets destroyed and turns into a little raft, drifting the couple out in the open sea. Their struggle doesn’t stop there as another danger circles around them in the form of great white sharks. Now, it is up to Jaelyn to battle these deadly predators as her injured husband, Kyle, watches on helplessly.

The Alicia Silverstone-starrer consists of a number of themes and elements that make the film true to its genre and give the fans what they expect. Whether it is the unexpectedness of the storm or the involvement of great white sharks, the storyline makes sure to keep the viewers on the edge of their seats from beginning to end. So, if you enjoyed watching this thriller and would like to watch more of the same, you might want to check out the listed movies as well. You can watch most of these films like ‘The Requin’ on Netflix, Amazon Prime, or Hulu. 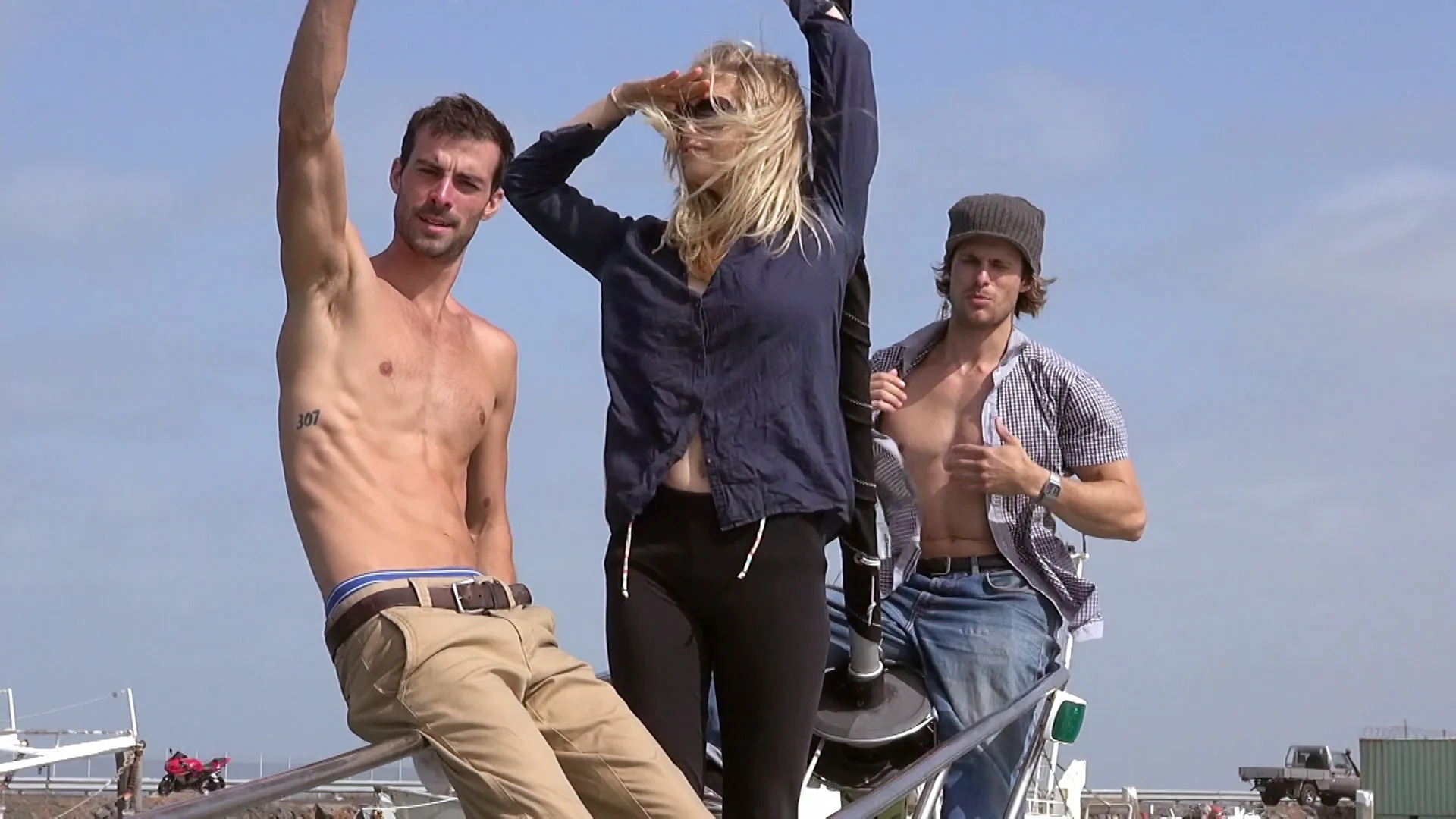 Directed by Gerald Rascionato, ‘Open Water 3: Cage Dive’ is a survival horror movie that is one of the stand-alone sequels of the ‘Open Water’ film series. The narrative revolves around a group of three friends who travel to Australia for an immersive cage diving experience with sharks in the open sea. However, when a violent wave capsizes and sinks their boat, they are left stranded in the middle of the ocean, exposed to the lurking great white sharks. Much like ‘The Requin,’ what started as a fun vacation turns out to be a horrific one when the characters’ boat gets destroyed by natural causes, and they get surrounded by a school of sharks. 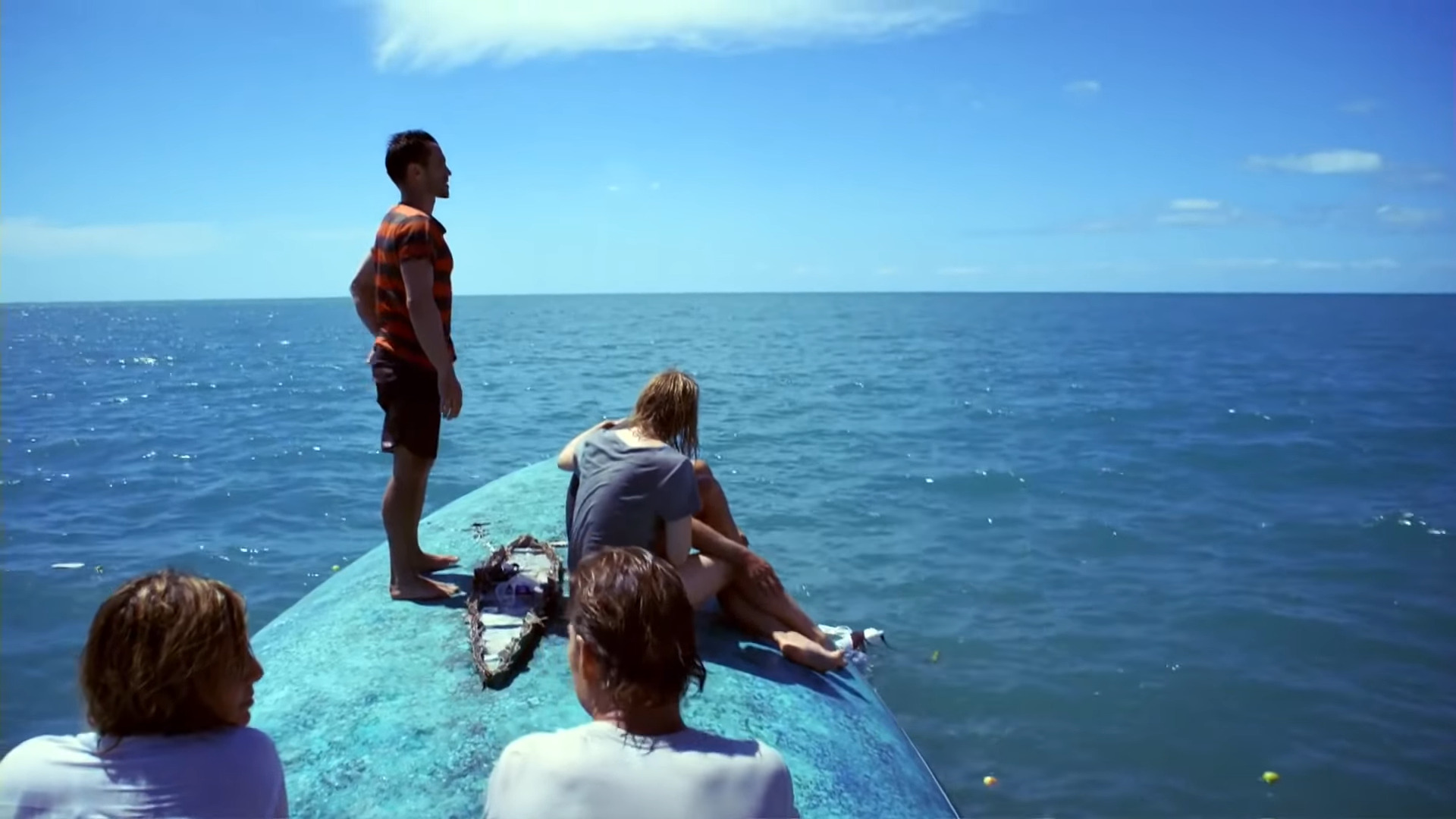 Written and directed by Andrew Traucki, ‘The Reef’ is an Australian horror movie that follows a group of friends who are sailing to Indonesia in a boat. Out of the blue, the boat capsizes and leaves them stranded with nowhere to go. After much consideration, they collectively decide to swim to the closest island in order to survive. But when they start their dangerous swim, they get stalked by a great white shark. Even though ‘The Reef’ involves a group of friends, the theme of survival and the characters being preyed upon by great white sharks is common with ‘The Requin.’

Helmed by Martin Wilson, ‘Great White’ is a survival horror movie that involves a seaplane, with five passengers, getting destroyed in an accident, leaving all of them sweeping on a raft in the middle of the open water. An already hopeless situation takes a turn for the worse when the group of people is preyed on by a gigantic great white shark. What makes ‘Great White’ similar to ‘The Requin’ is the involvement of great white sharks and characters who do their best to survive in the middle of the sea or ocean. 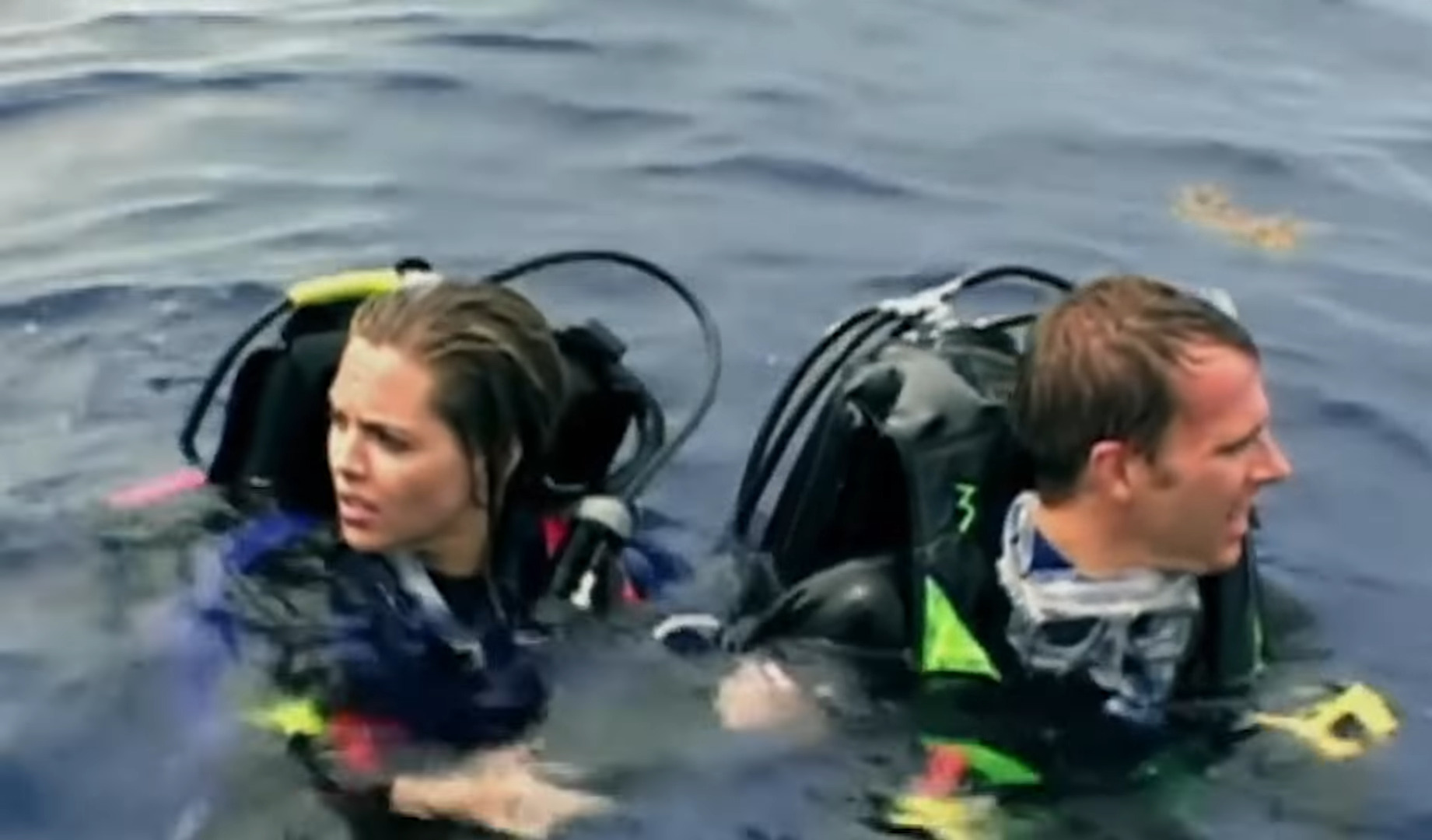 The Chris Kentis directorial ‘Open Water‘ is a horror thriller film, like ‘The Requin,’ that is loosely based on a true story. The narrative revolves around a couple — Susan and Daniel — who get left behind while on a scuba diving trip. After their ship leaves without them due to an inaccurate headcount, they find themselves in the middle of the shark-infested waters, miles away from the shore. Together, the couple must survive the vicious jaws of the deadly predators surrounding them. Much like ‘The Requin,’ ‘Open Water’ also involves a couple that is stranded in the open water accompanied by several sharks. 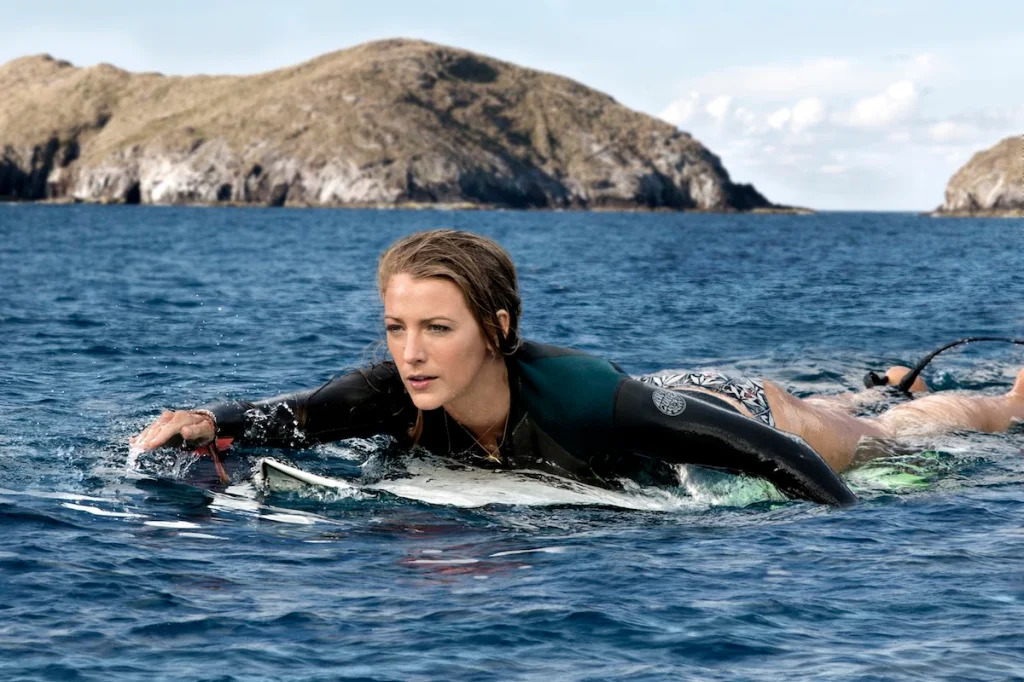 Featuring Blake Lively, the Jaume Collet-Serra directorial ‘The Shallows‘ is a survival horror movie that revolves around Nancy Adams — a surfer who travels to an isolated beach after her mother’s death. While surfing on the beach, she is attacked by a great white shark all of a sudden. This leaves Nancy stranded on a rock, which is merely 200 yards from the shore of the beach. Although ‘The Shallows’ doesn’t involve a couple or a character that gets stranded in the middle of the sea, what links this film with ‘The Requin’ is the involvement of the great white shark and the theme of survival.

Another horror thriller film on the list is ‘47 Meters Down,’ which is helmed by Johannes Roberts. The storyline follows two sisters — Lisa and Kate — who decide to go cage diving during their vacation in Mexico. They regret this decision soon when the cage breaks free from the winch system and falls down onto the ocean bed. Surrounded by several great white sharks while trapped inside the cage, they must come up with a plan to escape and survive. Both ‘The Requin’ and ’47 Meters Down’ mainly involve two characters who are trapped or stranded while great white sharks circle around them constantly.

Read More: Where Was The Requin Filmed?