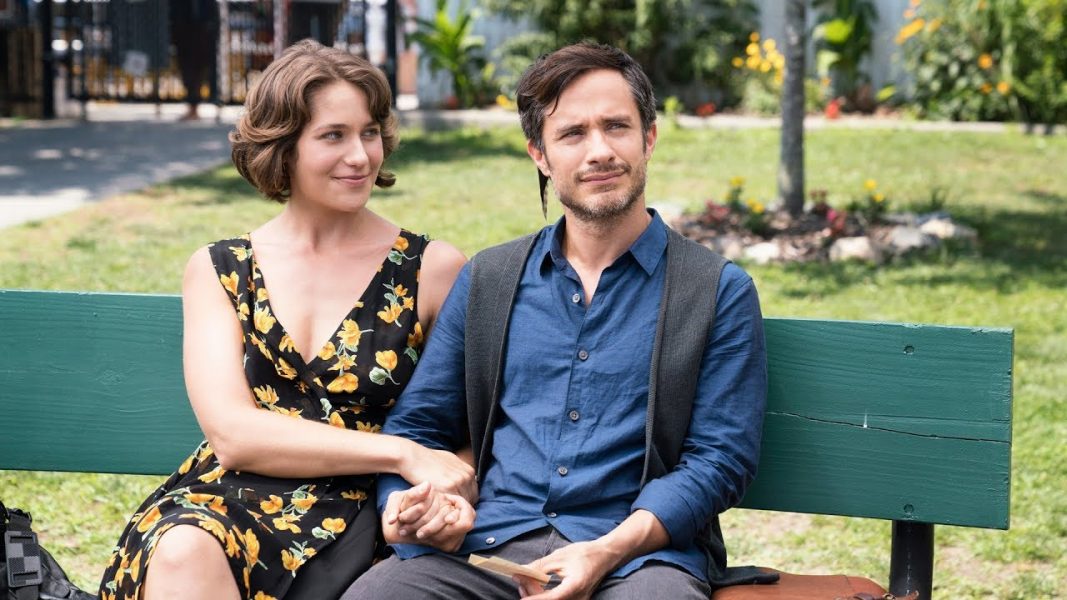 The comedy-drama web series ‘Mozart In The Jungle’ has been created and developed by the ensemble of Roman Coppola (yes Francis Ford Coppola’s son), Jason Schwartzman, and Alex Timbers.  The story of the show is based on the 2005 memoirs by oboist Blair Tindall, which captures her experiences playing in several high profile gigs, including the New York Philharmonic and several orchestras of Broadway shows. Her memoir is aptly named ‘Mozart in the Jungle: Sex, Drugs, and Classical Music’, so if you thought only rock n’ roll people led a wild lifestyle, you are dead wrong.

The series airs on Amazon Prime and first premiered on February 6, 2014.

Mozart In The Jungle Cast: Who is in it?

The cast of ‘Mozart in the Jungle’ is led by Lola Kirke, of ‘Gone Girl‘ fame, who plays the role of the oboist, Hailey Rutledge, who is looking to get her big break and play with the New York Symphony. Presumably, Hailey’s perspective is akin to those of Blair’s, whose memoir the series is based on. Gael García Bernal appears as Rodrigo De Souza, a brash new conductor who is stirring things up in the New York Symphony. This character’s real-life counterpart is Gustavo Dudamel.

Other cast members include Malcolm McDowell of ‘A Clockwork Orange‘ fame, who appears as Thomas Pembridge, the conductor emeritus of the Symphony; Saffron Burrows, known for her roles in ‘Boston Legal‘ and ‘Troy‘, appears as Cynthia Taylor, a philandering cellist with the symphony; and Hannah Dunne appears as Elizabeth “Lizzie” Campbell, Hailey’s best friend and roommate. Then there is Santino Fontana who plays Mozart himself, as imagined by Rodrigo. David Turner plays Liberace, who briefly replaces Mozart as Rodrigo’s muse for sometime.

Mozart In The Jungle Plot: What is it about?

‘Mozart In The Jungle’ is a story that has all the juiciest elements – love, money, ambition, and music. These intertwine in the heart of New York City, the concrete jungle, which inspires the title of the show. It is a story of finding oneself, and finding love, while also attempting to conquer the city when it comes to music.

When the show starts, we see how Rodrigo is pushed to the front and center, as the enfant terrible, the newest hire of the New York Symphony. He is a disruptive force, and an oversexed man, which seems to give the board great pleasure since they believe he might take the Symphony to new directions artistically. However, it is the cause of chagrin to the departing conductor, Pembridge.

While the pilot might not get you hooked onto the comedy-drama right away, give the show a chance. After a couple of episodes, you will find yourself drawn into the world of classical music that the show glorifies, as you begin to take an active interest in the lives of the characters. The Guardian best sums up the show, saying, ” ‘Mozart in the Jungle’ manages to be fun and fast-paced, with episodes that fly by and then pick up right where they left off, like a five-hour movie chopped up into little bits rather than a show with self-contained episodes. It’s a perfect structure for bingeing, and I have a feeling this show is much more enjoyable in one sitting than it would be spaced out from week to week. Regardless, it feels a little slight, happy to dwell on the surface without really getting its hands dirty with the politics and backstabbing of this highly competitive world and the Type A personalities that inhabit it.”

Mozart In The Jungle Season 5 Release Date: Will it Happen?

‘Mozart In The Jungle’ Season 4 premiered on February 16, 2018. On April 6, 2018, Amazon announced that the show had been canceled and would not be getting another season. Considering this was one of the most popular shows on the platform, fans were visibly angry and upset. This also marked one of the many cancelations of the first wave of shows from Amazon Prime which were axed after Jennifer Salke took over as the boss of the streaming giant’s content.

Anyhow, those involved with the show released a joint statement to The Hollywood Reporter, saying, “We are so proud of the four seasons we made of this show and are grateful to the cast, crew, fans, and Amazon for writing this symphony with us. We hope people will keep finding the show for years to come”.

Fans shouldn’t lose all their hopes, though. There’s still a possibility that some other network picks up the show. If that happens, we will update you about ‘Mozart In The Jungle’ Season 5 release date right here.

Mozart In The Jungle Trailer:

While we wait for any positive news on ‘Mozart In The Jungle’ Season 5, check out the season 4 trailer to refresh your memories. If you haven’t seen the show yet, head over to Amazon Prime to catch all the episodes of the previous seasons.