Mr. Mayor Episode 3: What to Expect? 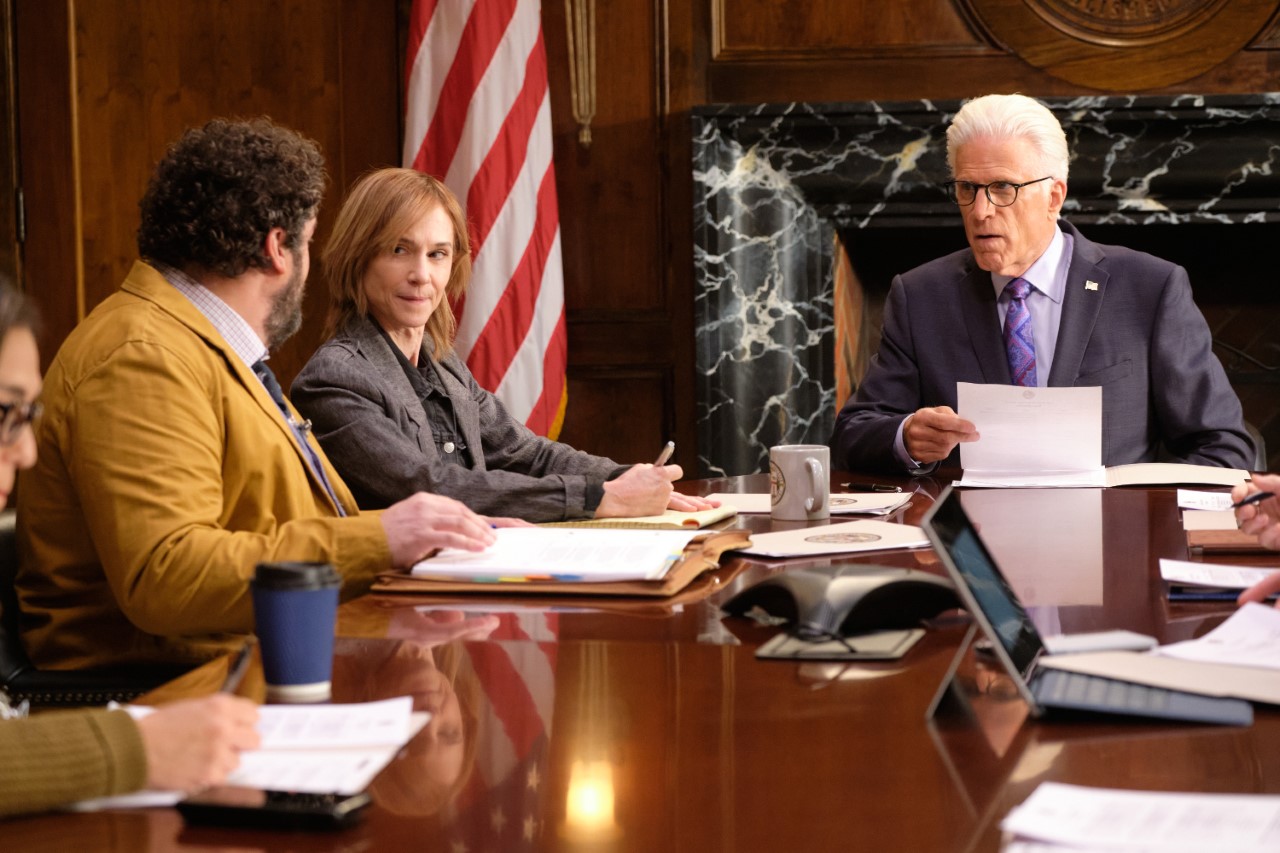 ‘Mr. Mayor’, created by Tina Fey and Robert Carlock, is a situational comedy that premiered on NBC on January 7, 2021. Starring Ted Danson, Bobby Moynihan, and Holly Hunter in the lead roles, the story introduces us to a retired Los Angeles businessman named Neil Bremer. Neil runs for the Mayoral position and, surprisingly, wins the election. The idealistic man has several ideas to improve his community. However, he eventually realizes that politics and business do not go hand-in-hand. As a result, to navigate this tumultuous journey, he seeks the help of the political veteran deputy Arpi. Well, following a two-episode premiere, ‘Mr. Mayor’ is now gearing up to release its next episode. And here is everything we know about it!

‘Mr. Mayor’ episode 3 premieres on January 14, 2021, on NBC at 8 pm ET and 7 pm CT. New episodes release on the channel every Thursday at the same time slot.

The third episode is titled ‘Brentwood Trash,’ and here is its official synopsis as outlined by NBC: “Jayden interviews candidates for an opening on the team. Neil gets sidetracked during a town hall, and Orly has a shocking realization.” You can also watch the promo for episode 3 below:

The easiest way to watch ‘Mr. Mayor’ episode 3 is by tuning in to NBC at the aforementioned time. You can also stream the show on NBC’s official website and the NBC app. If you’ve ditched your cable subscription, don’t worry. You can alternatively stream the series on Direct TV and Sling TV. Additionally, you can watch NBC shows like ‘Mr. Mayor’ if you have a subscription for Hulu With Live TV.

The premiere introduces us to Neil, a former outdoor advertising icon, who decides to run for the Mayoral elections in post-pandemic LA. Although he takes this decision on a whim, he wins 68% of the total votes. Surprisingly, Neil is now the new Mayor though he hardly knows what to do next. For instance, one of his first questions is: “When did elite become a bad word?” His advisors also recommended that he should not speak Spanish during a press conference. Neil’s daughter Orly, who is running for the class president, hates plastic. Taking a cue from his daughter’s beliefs, Neil’s first ruling is to issue a citywide plastic straw ban.

We also learn that Neil had lost his wife eight years back and had decided to participate in the campaign just to please his daughter. The premiere additionally introduces us to the rest of the characters, such as Arpi, a district councilwoman, who sports a bad wig and is an activist. She starts by criticizing Neil but later assumes the position of Deputy Mayor. Neil’s chief-of-staff, Mikaela, is a social media influencer who is skeptical about working for an accidental mayor. Finally, communications manager Jayden is completely goofy, while strategist Tommy is too enthusiastic about everything.

Read More: Is Mr. Mayor Based on a True Story?