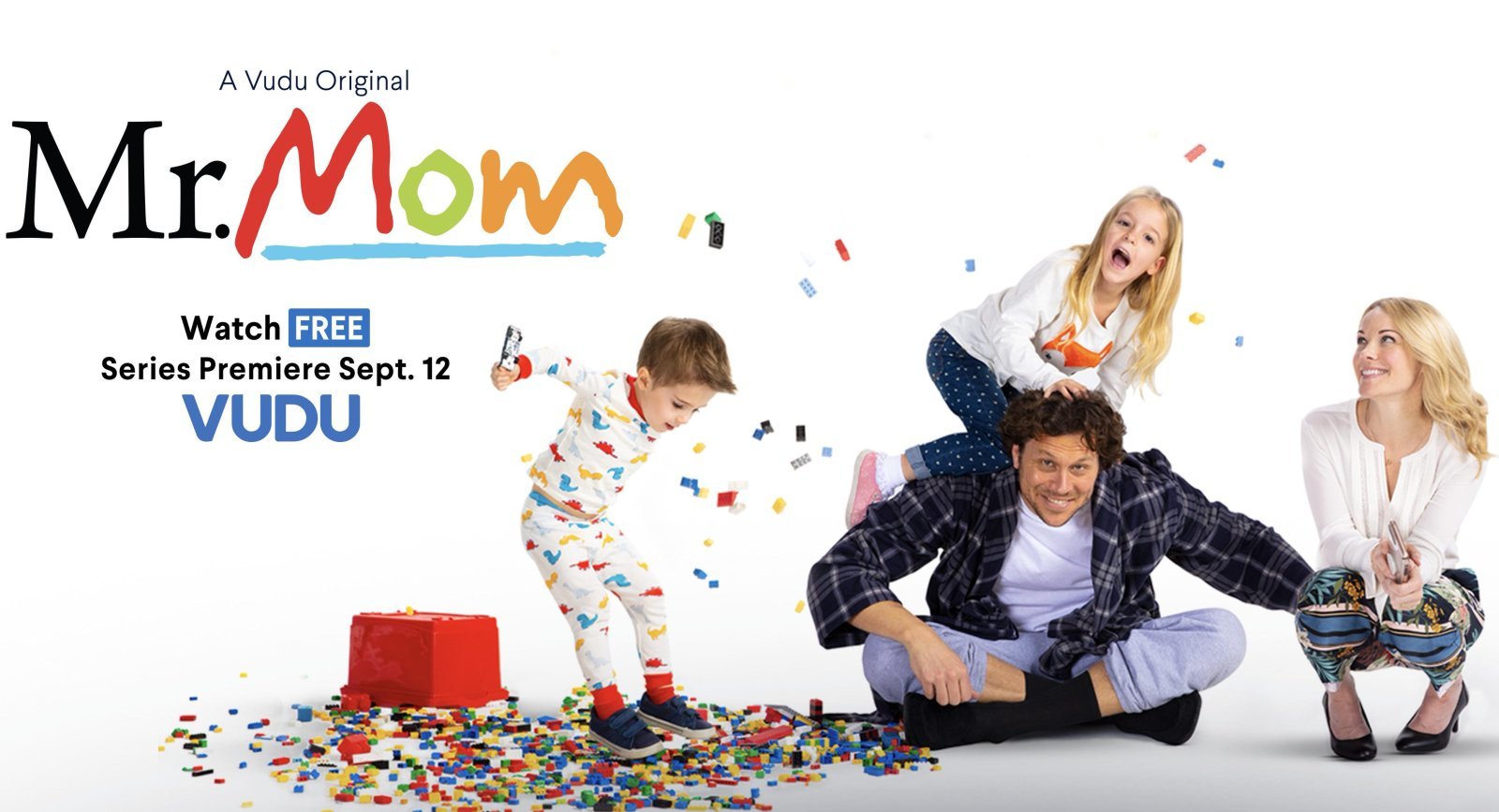 ‘Mr. Mom’ is an original series that is a modern adaptation of the famous 1983-released, Michael Keaton starrer, American classic movie with the same name. Developed in collaboration with MGM and Studio71, this family-friendly show comprises 11 episodes and is written by Mike Culbert, Mike Pellettieri, and Leslie Rathe. The comedy series is executive produced by Michael Schreiber and Reza Izad.

‘Mr. Mom’ is the first original content on Vudu, the ad-supported, Walmart-owned streaming service. It is a part of Vudu’s strategy to create films and shows, targeted toward its “heartland” consumers, who form the major chunk of Walmart’s huge buyers base. The network also plans to create content that is geared toward families and kids.

With over 25 million registered users, Vudu has more than 8,000 movies and TV shows. There are around 150,000 series and films for rental or purchase. Now, with the introduction of original content, Walmart takes a step further into becoming a leading player in the ad-supported streaming sector. As per Jeremy Verba, Vudu’s vice president and general manager, Walmart is a “sleeping giant of the digital entertainment space.”

We do know that the entertainment space is gearing toward projects that reflect the 80s — in terms of music or movies. And ‘Mr. Mom’ forms a part of this strategy to re-live one of the most beloved comedy films from that era.

The first season of the show was well-received. Now, the question arises: will there be a ‘Mr Mom’ season 2? We will delve into that question, but first let’s quickly look into the details of the series.

The cast of ‘Mr. Mom’ is led by Hayes MacArthur as Greg and Andrea Anders as Megan. Chicago-born stand-up comedian, actor, and writer MacArthur is best known for his performances in ‘Angie Tribeca‘, ‘Whitney’, ‘How I Met Your Mother‘, ‘Go On’, and ‘Perfect Couples’. On the other hand, American actress Anders has featured in ‘Joey’, ‘The Class’, and ‘Better Off Ted’.

Both MacArthur and Anders are expected to return for season 2, if and when that happens.

Mr. Mom Plot: What is it about?

This movie-to-series-adaptation of the original ‘Mr. Mom’ introduces a contemporary twist to the plot, where Greg is a stay-at-home father, taking care of his kids. Of course, since the parent title’s release in 1983, a lot has changed. We saw an unemployed Jack (Michael Keaton), who takes up the responsibility of “the lady of the house” when his wife gets a new job. However, although the revival is set almost after 36 years, one thing remains the same. Parenting struggles go through identical mishaps as they used to, four decades earlier.

Meet Greg — a husband and father, who is nothing but happy with his current job and after multiple failed attempts at securing childcare, he finally decides to swap places with his wife. While juggling between his several parental and household duties, he also has to struggle with the launch of his start-up called Pizzamail. The numerous fresh tasks of handling tantrums, tackling misbehaviors, changing diapers, and dealing with cheese sticks make him question his sanity.

Meanwhile, Megan unexpectedly lands her dream job, after raising her two kids for the last five years. She gets introduced to a work environment, curated specifically for millennial employees. She wonders how much has changed since the last time she was officially employed. Now, Megan needs to re-learn and re-adjust to the new surroundings while deciphering strange terms like Slack and hot-desking. Additionally, she has to cope up with an evolved professional atmosphere that is packed with judgemental peers.

The first season ends with Megan showing hesitancy in accepting a promotion in light of Greg’s recent parenting choices, and Greg having some momentous news of his own.

Comprising mini-episodes in a short series format, ‘Mr. Mom’ narrates a light-hearted story, which is perfect to be binged on, especially when you have limited time at your disposal. Season 2, if commissioned, will continue to follow the two parents as they attempt to raise their kids, run their home, and after all the chaos, manage to find a little time for themselves.

Mr. Mom Season 2 Release Date: When will it premiere?

As far as the next season goes, we haven’t heard anything from Vudu yet. Though considering the show is big part of Walmart’s plan to get into streaming business, it is quite likely that it will get another season. If renewed, you can expect Mr. Mom season 2 can release sometime in October 2020.

Check out the official trailer for ‘Mr. Mom’ season 1 below. If you have not seen the show yet, you can stream all the episodes on Vudu without a subscription fee as it falls in the platform’s ‘free’ category.