Will There be a Mr. Robot Season 5? 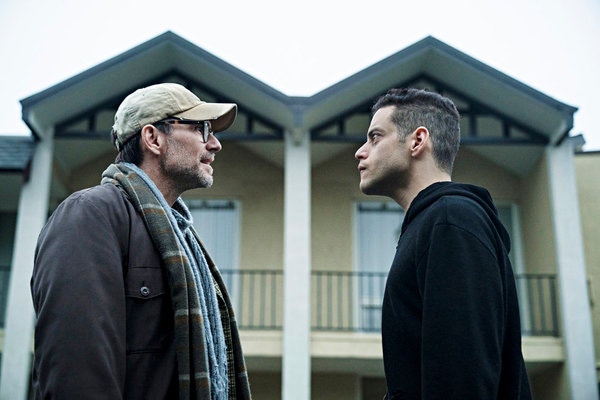 ‘Mr. Robot’, the critically acclaimed tech drama that airs on USA Network is dubbed as a thriller television series. Created by Sam Esmail, it stars ‘Bohemian Rhapsody’ star Rami Malek as Elliot Alderson, who is a highly talented cybersecurity engineer and hacker. However, Elliot deals with clinical depression and suffers from a social anxiety disorder. He is employed in a cybersecurity company called Allsafe and since he is always paranoid and delusional, he attempts to connect to people by hacking into their profiles. In other words, he is some kind of a cyber-vigilante.

The titular character Mr. Robot (Christian Slater) takes note of Elliot’s talents and hires him to join a team of hackers called ‘fsociety’ — which aims to delete all records of debts from the files of the largest conglomerate in the globe, E Corp, which happens to be Allsafe’s primary client.

‘Mr. Robot’ season 1 premiered on USA Network on June 24, 2015, and opened to critical acclaim. Lauded by fans and critics alike, it received several awards and nominations, including Emmys, a Golden Globe, and a Peabody Award. And unsurprisingly, it was consequently renewed for three more seasons, with the fourth season garnering impressive reviews as well. On Rotten Tomatoes, it boasts a staggering score of 96% with the critical consensus stating that the series returns with a thrilling season, which is “sure to surprise and satisfy its audience.”

With season 4 concluding, many fans are wondering: will there be a ‘Mr. Robot’ season 5? Well, let’s find out.

Now, as far as the next season goes, we have disappointing news. USA Network revealed during the announcement of the fourth season’s premiere itself that season 4 is the last and final installment from the series.

Creator, showrunner, and director Sam Esmail confirmed the news in his statement, which stated: “When I first created the world of Mr. Robot, I thought it would be a niche television series with a small, cult following. Over the past three years, it has become so much more, and I am continually humbled by the show’s recognition and by the amazing cast and crew that work tirelessly to help bring my vision to life.”

He further added, “Since day one, I’ve been building toward one conclusion — and in breaking the next season of Mr. Robot, I have decided that conclusion is finally here. Everyone on the creative team, including the amazing people at USA and UCP, didn’t want to say goodbye, but we ultimately have too much respect for Elliot’s journey to extend past its inevitable ending. Therefore, Season 4 will serve as the final chapter of the Mr. Robot story. To fans of the show: thank you for the past three years, and I can’t wait to share this exciting final season with you.”

‘Mr. Robot’, since its inception, has successfully proved that it is a show unlike any other. With its unique POV and methodology of capturing the contemporary era and its various power struggles, the fourth season seamlessly winds up the story, answering all of our questions. Season 4 begins with the aftermath of Elliot sending the fated email that could reverse 5/9, which culminates in the ultimate showdown between Phillip Price and Whiterose, with Elliot and Darlene controlling the strings in the background.

We do know that Price and Whiterose are the industry behemoths and the primary players, who run the world at their fingertips while engaging in never-ending power struggles. Season 4 does a marvelous job in revealing, bit by bit, how Whiterose has the upper hand. But when Elliot retraces the 5/9 hack and attempts to reverse the damage caused by him, Mr. Robot does make it clear that this time, the stakes are too high.

So how will inequality and injustice be defeated? How will that 1% of the populace pay the price for thinking that the world is their chessboard? And finally, how does Elliot Alderson finally embark on his path of retribution? The puzzle is all solved in the fourth season. As said by Chris McCumber, President, USA Network, “Working with Sam and the entire cast and crew has been nothing short of incredible -– and we can’t wait to reveal the complete Mr. Robot story.”

So yes, ‘Mr. Robot’ season 5 is officially cancelled. But we can rest assured that it delivers that much-required, satisfactory conclusion to an incredibly taut storyline.