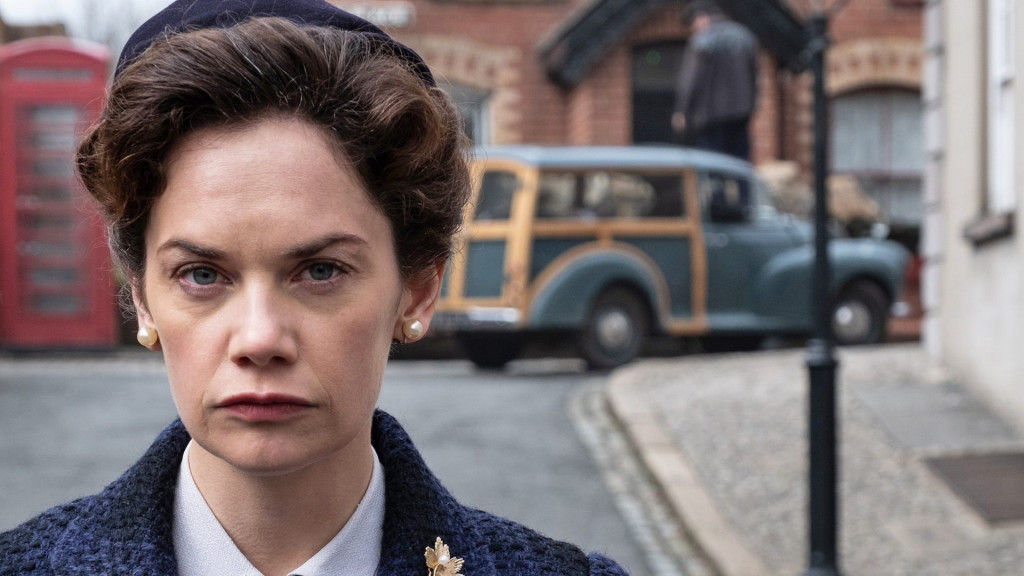 Mrs. Wilson is a daunting family drama that is based on real-life events. Featuring Ruth Wilson as the protagonist — who also has executive produced it — this 3-part mini-series aired on BBC One on November 27, 2018, in the UK. It premiered on PBS Masterpiece for the US audience on March 31, 2019. The show features Richard Laxton as the director and Neil Blair, Rebecca Eaton, Ruth Kenley-Letts, and Lucy Richer as the executive producers, and Jackie Larkin as the producer.

Mrs. Wilson Cast: Who is in it?

Golden Globe winner and Olivier Award recipient Ruth Wilson — an acclaimed English actress — stars as Alison Wilson in this series. She is best known for her performances in Anna Christie, A Streetcar Named Desire, Jane Eyre, Luther, The Affair, The Lone Ranger, Saving Mr. Banks, I Am the Pretty Thing That Lives in the House and Dark River.

Iain Glenn features as Alec Wilson. He is a Scottish actor widely recognized for his portrayals of Dr. Alexander Isaacs in the Resident Evil franchise and Ser Jorah Mormont in the Game of Thrones series.

Mrs. Wilson Plot: What is it about?

The plot of Mrs. Wilson is adapted from the memoir of Ruth Wilson’s grandmother, namely Alison Wilson. At the beginning of the story itself, we are introduced to Alison and her husband Alexander aka Alec — a novelist and a spy — who are in a devoted marriage from the last 22 years. The couple met while they were working in the secret service during World War II. However, one day, when Alec suddenly dies of a heart attack, the grieving widow is met by several shocking secrets — which starts to unravel after her husband’s death. She comes to know that she was not the only wife of Alec and that Alec had other children apart from their two sons.

Mrs. Wilson takes us to the 1940s, 1950s, and 1960s London and 1930s India, where Alison’s quest to prove the validity of her marriage, makes her encounter several disturbing secrets. She uncovers a murky past where she discovers that her late husband was not only repeatedly telling her lies but also had four wives and seven children.  He had not divorced any of them and kept each family unaware about the existence of the other. But why? MI5 and MI6 would not release the case-sensitive records and therefore, no one knows why he did that — for love or as a part of his job. Whatever the reason was, the secrets perished with Alec’s death.

Now, who was Alec Wilson? Was he a hero or simply a serial bigamist? Let’s take a look at his real history. Alec’s first legal marriage was to Gladys in 1916 — with the couple having three kids. After WWI, Gladys and Alec ran a touring theatre company, after which he shifted to India to work as an English Professor at the University of Punjab. This is when he started writing spy novels and maybe, also started working for the intelligence services. During his lifetime, he wrote 27 books. In India, he got married for the second time to a touring actress named Dorothy. Although he came back to England with Dorothy and their son, he kept them secretly in London and returned for 18 months to live with Gladys in Southampton. Alec — after 18 months — paid intermediate visits to both his wives and finally disappeared from their lives after a few years.

Next, Alec got remarried for the third time to Alison — when he was working for MI6 in the 1940s — and met her as his secretary. The couple had two sons. His fourth marriage was in the 1950s to  Elizabeth Hill – a young nurse, with whom he had another son.

Filled with so many mysteries and deceptions, Alec’s life was truly intriguing. There are layers and layers of lies, leaving one to be confused between facts and fiction. Finally, there are the devastating effects on his close ones — repercussions of innumerable deceptions that came to the surface only after his death. And this is what the show tries to disclose while focusing on one of his wives — Alison — who is the central character in this drama. The official synopsis reads as follows: “Alison is left craving the truth as she makes discoveries that threaten to tear her carefully crafted world apart.”

And in the words of Ruth Wilson herself, when asked about her feelings about portraying a complex, heartbroken character, who was her own grandmother — “It was a scary process, being so vulnerable and exposing the family in that way. It’s something that we have talked about a lot and tried to be very sensitive towards.”

Mrs. Wilson Season 2 Release Date: When will it premiere?

Mrs. Wilson season 1 premiered for the US viewers on PBS on March 31, 2019. As far as the next season goes, we don’t have an official announcement yet. Though considering the show was made as a miniseries, we would be surprised if it does get another season. Our best guess is that in the unlikely scenario of the show getting renewed, Mrs. Wilson season 2 can release sometime in November 2019. We will update this section as soon as we hear more.

You can watch the trailer for Mrs. Wilson below. Check it out and you will know what the show is about.