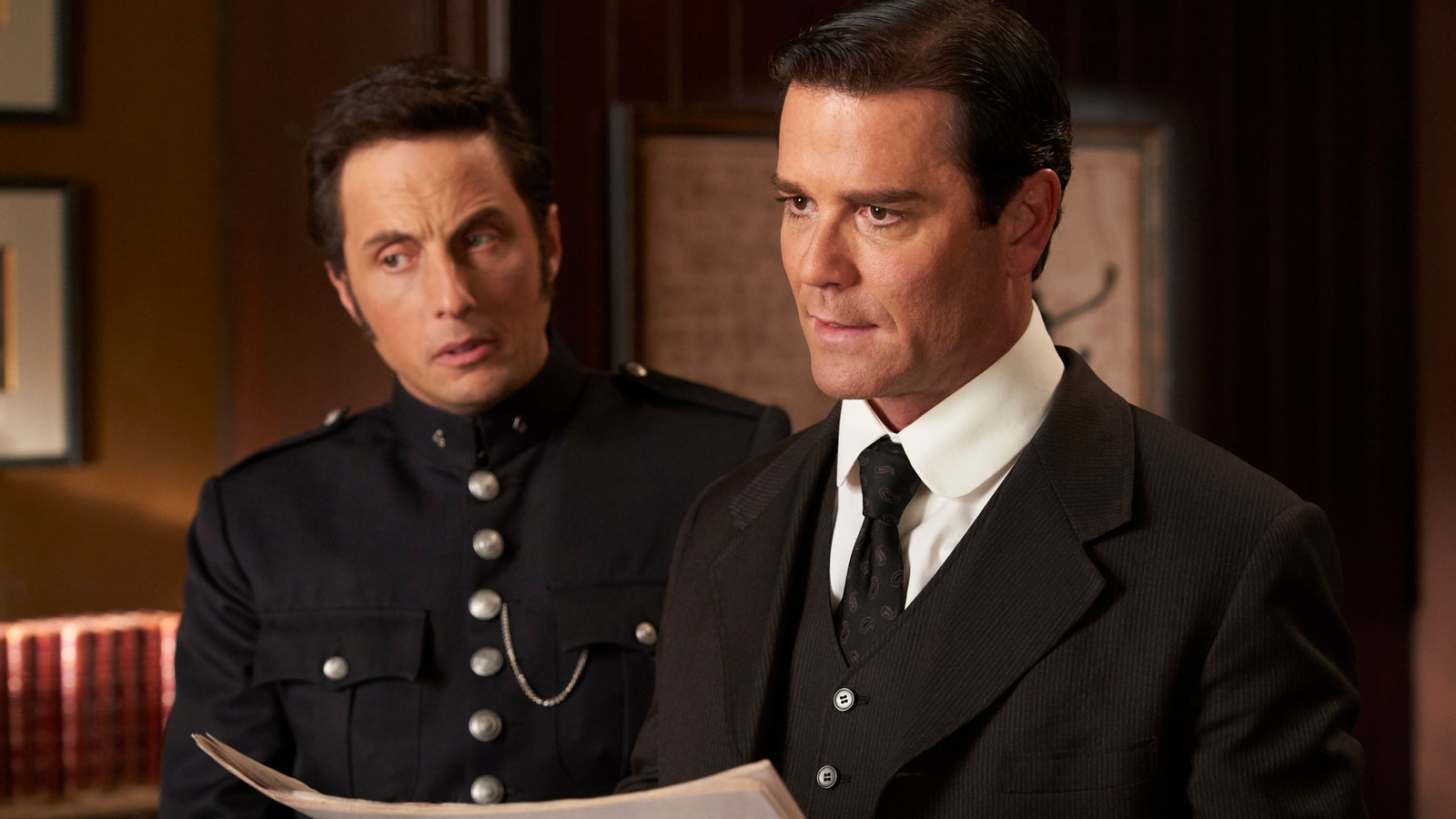 ‘Murdoch Mysteries’ season 13 brought in a different touch when it comes to Murdoch solving his crimes. He makes use of inventive techniques like the “searchizer” device. But he also seems concerned about Violet Hart and her motives while encountering and tackling other cases. Now that season 14 is just about to drop, we are more than excited to watch our beloved detective back on screen. Without further ado, let’s take you into the details for ‘Murdoch Mysteries’ season 14 episode 1!

‘Murdoch Mysteries’ season 14 episode 1 will air on April 2, 2021, at 3 am ET on Acorn TV. New episodes are slated to drop on the streaming service every week on Mondays, except for the season premiere, which releases on a Friday.

You can stream the episode on Acorn TV’s official website, but a subscription to the service is required. You can also opt for live TV websites like Fubo TV, Sling TV, and Youtube TV. The show is also available on VOD platforms like Amazon Prime Video, iTunes, and Apple TV, where you can either buy or rent the episodes. The first 12 seasons can also be streamed on Hulu if you have a subscription.

The season premiere of ‘Murdoch Mysteries’ season 14 is titled ‘Murdoch and the Tramp .’ As expected, it will kick off with an eventful death of a man in the middle of a Victoria Day carnival. It will happen just as the impresario promotes his show and shows off in front of people. The body will land at his feet. The celebration will then hurriedly be replaced by an investigation regarding the death.

Evidence will suggest that the man leaped out of the fourth window of a hotel where Stratford is also staying, and he will first assume that it is a suicide. But Miss Hart is going to come up with a different conclusion stating that he must have died before the fall. Murdoch and Crabtree will nevertheless find a suicide note in the alleged victim’s room where they’d discover evidence suggesting something entirely different. This will make the investigators see the case in a new light.

As the investigation continues, Charlie Chaplin will inform them about a man named Kenny McClucky, another comedian who is said to be one of the best. McClucky will be accused of getting into a fight with performer Ed Ward the night before. He will also have reportedly irked one of Chaplin’s friends named Stan Laurel. But Murdoch will instead focus his attention and suspicions on Mr. Chaplin, who may or may not turn out to be the real culprit. Things will finally seem amicable between Brackenreid, Margaret, and his daughter Nomi, as they come together as a family.