Murdoch Mysteries Season 14: Everything We Know 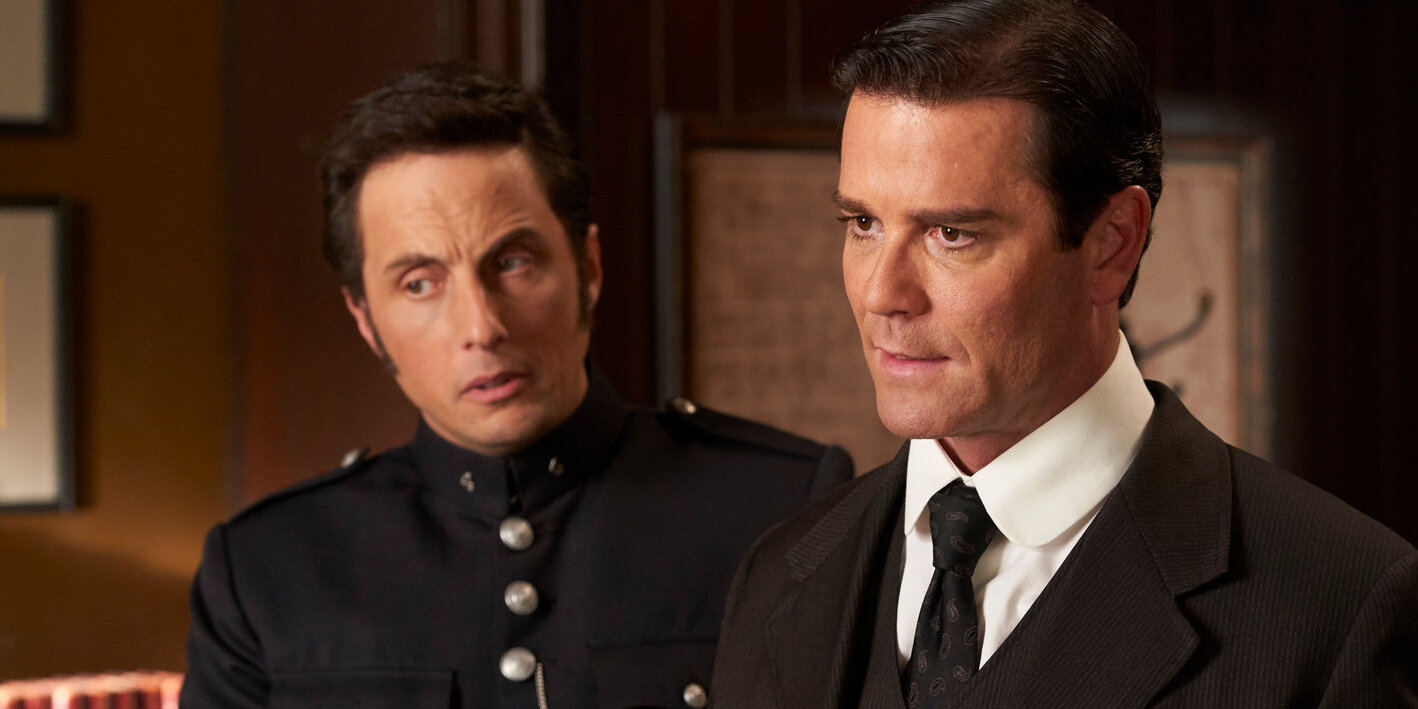 ‘Murdoch Mysteries’ is a Canadian television drama series based on characters from ‘Detective Murdoch’ novels by Maureen Jennings. Set in the 1890s and early 1900s, the series follows Detective William Murdoch, who works on solving the most intriguing crimes with help from his fellow detectives and forensics. Created by Shaftesbury Films, the show originally premiered on January 20, 2008, on Citytv before it was picked by CBC after five seasons.

The critically acclaimed and award-winning show is popular among viewers in different parts of the globe and is licensed to broadcast in more than 120 countries and territories. In the U.S.A., it airs on Ovation and is also available on Acorn TV. On Ovation, it ran under the title ‘The Artful Detective’ till season 12 before retaining its original title. Fans must be awaiting an update on the much-anticipated ‘Murdoch Mysteries’ season 14, and here is everything we know!

If you’re wondering about season 14, we’ve some good news for you. The series was renewed for season 14 on May 12, 2020. The show wrapped up filming season 14 on November 18, 2020, so you only have to wait a little longer for the new episodes. ‘Murdoch Mysteries’ Season 14 is set to release on January 4, 2021, on CBC TV and the CBC Gem, followed by a U.S. release on Acorn TV. The new season is billed for 11 one-hour long episodes, so gear up!

To celebrate, we’re asking for YOUR burning Murdoch questions, with a selection answered by the cast in the lead up to premiere. pic.twitter.com/ZTe61e7Dk5

Murdoch Mysteries Season 14 Cast: Who is in it?

Other returning cast members are Arwen Humphreys (Margaret Brackenreid), Peter Keleghan (Terrence Meyers), Colin Mochrie (Ralph Fellows), and Peter Stebbings (James Pendrick). A few new faces will also be seen playing the roles of a young Charlie Chaplin, Stan Laurel, and Buster Keaton. Tom Bergeron, a former co-host on ‘Dancing With the Stars,’ will be making his debut on the series.

Murdoch Mysteries Season 14 Plot: What can it be About?

There is never a dull moment in the lives of Detective Murdoch and his company. They tackle the most unusual mysteries in Toronto with creativity and presence of mind. In season 13, we see some of Murdoch’s innovations, such as the “searchizer” device, made to match the facial features of a person to the existing police records. In this season, Violet Hart (Shanice Banton) continues to raise suspicions from Detective Murdoch, who cannot get himself to trust her abilities or her intentions.

There is a new addition at the police department, Special Constable Robert Parker (Marc Senior), who has a shady past as a murder suspect. Season 14 will take us into 1908, following the usual pattern of the series that takes us into a new year with every season. The series will continue to borrow snippets from Maureen Jennings’ novels and bring us some more thrilling cases where Murdoch and his team flex their cerebral skills.