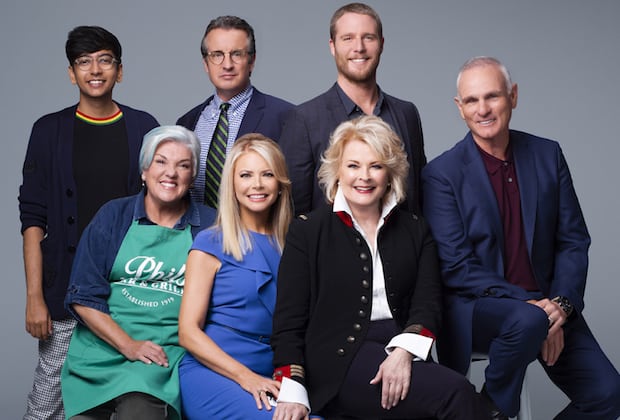 ‘Murphy Brown’ is an American sitcom that has had its place in the glorious television era of the olden days, until it was recently revived for modern day audiences. The series has always aired on CBS, be it during the original run or the revival, and it first premiered on November 14, 1988. The original run of the series ended on May 18, 1998. However, in January 2018 CBS decided to bring the popular show back, and the revival was ordered, which first premiered on September 27, 2018.

There are not many sitcoms that have had such a long run as ‘Murphy Brown’. The series revolves around the personal and professional life and misadventures of a beloved but opinionated woman who works as a television journalist. This woman is none other than the titular character of the show, Murphy Brown, who is initially a news anchor and investigative journalist of some fame, working for FYI,  a fictional CBS television newsmagazine. She later has a cable morning news show called “Murphy in the Morning”.

Created by Diane English, the series has a solid fan following which has only grown with the show’s popularity. Critics too have praised the initial run of the show, saying that the wit and nostalgia have remained the same throughout and that it was formidably timely when it came out. However, the revival seemed a bit dated and heavy-handed, and it appeared as though the show had become just a shadow of what it formerly was.

Murphy Brown Cast: Who is in it?

The main cast of ‘Murphy Brown’ includes Candice Bergen as the titular character. Bergen is also well known for playing the role of Shirley Schmidt in the ABC legal drama ‘Boston Legal‘. Bergen plays the role of an opinionated but well-liked journalist on this show. Other cast members include Faith Ford as Corky Sherwood. Although initially hired to replace Murphy, she eventually joins her as a co-host. Faith is best known for this performance which won her five Primetime Emmy Award nominations. Joe Regalbuto appears in the role of Frank Fontana, an investigative reporter who works with Murphy on FYI, and later on “Murphy in the Morning”. There are several other characters who have appeared and departed over the seasons, and they have been bolstered by the presence of strong supporting characters as well, who have made this sitcom a worthy watch.

Murphy Brown Plot: What is it about?

The main plot of ‘Murphy Brown’ is centered around the titular character, who we see as a recovering alcoholic returning to her job in the original run. Viewers were introduced to this character as someone who is sharp-tongued, and hard as nails. Murphy broke several glass ceilings in her profession and was shown to be considered as one of America’s hardest hitting media personalities. Brown’s professional life aside, we also see her interact with several of her co-workers in a bar, whose owner seems to know all the scoops on everyone, ranging from the brand of lingerie preferred by J. Edgar Hoover to the identity of Deep Throat, the person who blew the whistle on the Watergate Scandal, and whose identity was unknown at that time. People interested in political conspiracies and America’s political history might want to check out ‘All the President’s Men‘, and ‘Mark Felt: The Man Who Brought Down the White House’ to get a comprehensive view about this scandal.

Anyhow, coming back to the show, Murphy also interacts for a large part with a philosophy dispensing painter, named Eldin Bernecky, played by Robert Pastorelli. This painter is also an artist at heart and often redecorates Murphy’s house with socially relevant murals. These are all the various factors of Murphy’s life that make up the content for the prolific original run of the show.

The revival of the show takes place in the post-Trump world when Murphy is invited back to host a morning news show. She returns with a few of her old colleagues, but to her surprise, she finds that her son too has a show for a rival network at the same time, pitting mother against son. The stakes appear to be higher than ever in a new world, where the rules of media coverage have changed.

However, all throughout, in the original run and the revival, one must draw attention to the strong feminist overtones that Murphy emanates. During the original run, she had a child and raised it without a father. At that point of time, it was controversial, but it opened the door for discussions about the family structure had changed in the USA, and how single mothers could be just as effective in raising a child properly. ‘Murphy Brown’ too, took full advantage of this controversy, and not just promoted the series, but got people talking about being a single mother. In its political impact, Murphy faced all the controversy and left a blazing trail for several single mother characters in iconic shows like ‘Ally McBeal’, ‘Desperate Housewives’, ‘The Good Wife‘, and ‘Sex and the City‘.

Hopefully, if there is an upcoming season, we will see the series continue in a similar manner, where they are not afraid to tackle the major issues, and we expect to see even more of the spotlight be on Murphy, who is clearly one of the greatest television characters of all time.

Murphy Brown Season 12 Release Date: When will it premiere?

‘Murphy Brown’ Season 11 premiered on September 27, 2018. However, the revival of the show, which came almost 20 years after its original run, found itself in very new waters. It had to deal with the politics of Donald Trump, who Slovenian philosopher Slavoj Zizek has called the ultimate postmodern president. In dealing with the post-truth in postmodernity, the show also had to deal with the fake news that comes with it. Naturally, this made things a little more complicated, and the season received low viewership ratings, prompting CBS to cancel it.

Though, fans should not lose all their hopes. There’s still a possibility that CBS decides to yet again revive the show sometime in future, especially considering its special place in the history of television. If that happens, we will update you about ‘Murphy Brown’ Season 12 release date.

While we wait for any positive news on season 12, check out the season 11 trailer to refresh your memories. If you haven’t seen the show yet head over to CBS to catch all the episodes of the previous seasons.