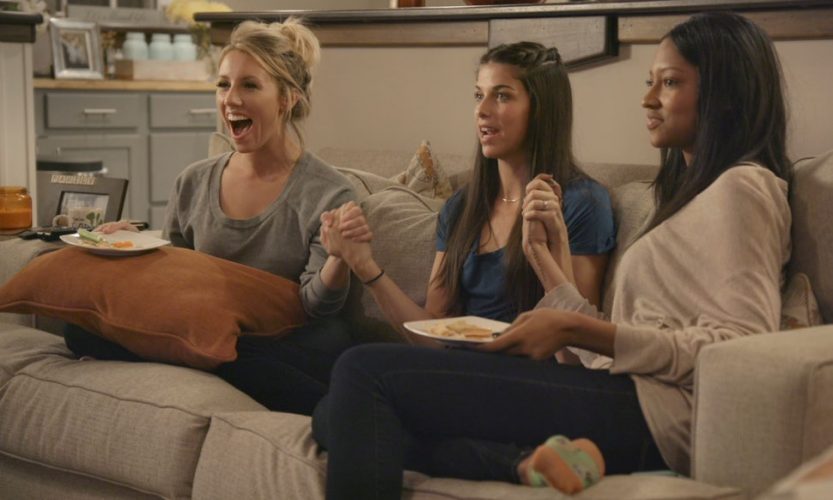 Unscripted reality TV is a domain that houses many little niche areas, apart from covering areas in which the public at large has an interest. Automobiles, glamour, cooking, cycling, construction, dancing, mimicry, you name it – reality TV has something up its sleeve.

Yet, amid all these shows, the comparative lack of television drama shows on musicians is something that does strike one as exceedingly odd. While there exist myriad reality music shows, a bulk of them tend to follow a competition format comprising a panel of judges, there are very few shows that deal with the lives of musicians.

‘Music City’, by CMT, is one such show that sincerely attempts to give viewers a glimpse into the lives of and the struggles of people who aspire to become musicians. The show, which made its debut in 2018, follows a group of young musicians who try to make it big. Having run for two seasons, fans are now wondering whether ‘Music City’ will be making a comeback with Season 3.

Music City Cast: Who’s in it?

Even though it is technically categorized in unscripted reality TV, ‘Music City’ has a strong narrative that is essentially character-driven. Season 1 of the show introduces the viewers to eight young musicians – Jackson Boyd, Kerry Degman, Rachyl Degman, Alissa Fuller, Jessica Mack, Bryant Lowry, and Miss USA competitor Alexandra Harper – with plans to make it big in Nashville, Tennessee.  If the show is indeed renewed for a third season, we can expect all eight central characters to make a comeback.

Music City Plot: What is it about?

‘Music City’ is the brainchild of Adam DiVello, the mind behind the reality show, ‘The Hills’. Ultimately, ‘Music City’ is a show that tries to capitalize on the success of ‘Nashville’ and adapt the show’s narrative of rising and falling music stars to the docu-soap format.

Commenting on ‘Music City’, DiVello had, last year, told Entertainment Weekly: “My idea with this [Music City] always started with the scripted show Nashville. And I was such a huge fan of that show when it was on ABC. And then it went over to CMT. I was trying to put together a reality version of Nashville back when it was on ABC. I had an overall deal with Lionsgate… They produced Nashville, and I said, ‘Please, let me go do a reality version of this.'”

On face value, the show is about the aforementioned group of musicians trying to find a foothold for their career after moving into Nashville. However, the show also has its fair share of romance, which sometimes even overshadows the musical premise. Whereas the show spent a significant chunk of Season 1 on the characters getting to know each other, Season 2 turns up the drama as the group forms closer bonds and romantic relationships start to create complications for them.

Music City Season 3 Release Date: When will it premiere?

‘Music City’ Season 2 premiered on January 3, 2019, and lasted through the month, seeing its conclusion on January 31, 2019. Despite the excitement about DiVello creating and directing ‘Music City’ Season 1 received mixed reactions after it aired from March 1, 2018 to April 12, 2018. However, after Season 1’s release, CMT renewed the show for a second season – a season which cast members like Alexandra and Rachyl said would have some juicy drama and plenty of passion.

Now, fans of the show are wondering whether CMT has plans to renew the show for another season. Well, as it stands, CMT has made no announcement pertaining to the future of the show. However, one can take a reasonable guess.

Although Season 1 of ‘Music City’ received mixed reactions, the show’s underperformance can be attributed to the cast members getting to know each other – after all, there can hardly be any drama without intimacy. Season 2, on the other hand, saw the chemistry between the group members heating up (in good ways, as well as bad). Given the fact that the cast members have now evolved into a more tightly knit group, drama is always around the corner, and it would come as no surprise if CMT renews the show for a third season.

That said, going the pattern of release of previous seasons, we expect ‘Music City’ Season 3 release date to fall in January, 2020. We will update this section as soon as we learn more.

While we await news about ‘Music City’ Season 3, here’s the trailer for Season 2 so you can get a glimpse into the gradually evolving drama taking place among the young musicians. We will update this section with the trailer for Season 3 if and when CMT renews the show and releases a trailer. So, do stay tuned.