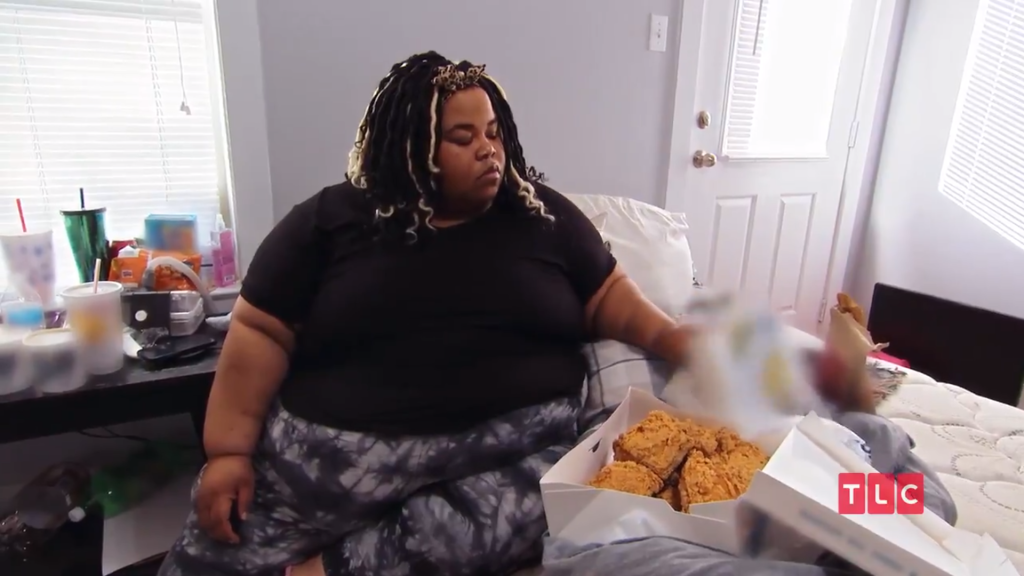 Morbid obesity, online addiction, and emotional instability — what would happen if all of these issues work in tandem and start affecting a person? As you can guess, the results are disastrous. And this is exactly the case with Ashley T, the reality star featured in the 15th episode of My 600-lb Life season 8. But, noting how her life is going downhill at a rapid pace, Ashley takes the right decision and sets off to visit Dr. Now. But can the celebrity surgeon save her? Well, find out in our recap section below.

Now, if you have already finished watching the last episode, you might want to know everything about the upcoming episode. Scroll down and you will get to know every detail, including the tune-in times and streaming details of ‘My 600-lb Life’ season 8 episode 16.

My 600-lb Life Season 8 Episode 16 Release Date: When Will It Premiere?

“For 23 years, Leneatha has worked as a pharmacy tech at a local hospital; now, she has a young daughter to support, but she’s so big that it’s hard to move; if Dr. Now can’t help her stop eating, losing her job could be the least of her worries.”

Season 8 will follow a weekly schedule, airing one new episode every Wednesday night at 8 p.m ET.

Texas-based Ashley T is a 24-year-old young woman who hails from Temple. She has been struggling with her weight since she was a 3-year-old kid and when we first meet her in the show, she tips the scales at over 600 lbs. It is also revealed in the episode that she suffers from borderline personality disorder and is addicted to catfishing people on social media.

When referred to therapist Lola Clay, the doctor recommends Ashley to start attending regular therapy sessions. Ashley additionally explains that her emotional instability is due to her traumatic past — she was rejected by her father and even raped by a neighbor. Additionally, she lost her grandmother at 20 and her mother is still housed in a healthcare facility.

At the final weigh-in, Ashley manages to lose several pounds and weighs 469 lbs. But she is not approved for the sleeve surgery. But she is determined to continue on her journey. At the end of the episode, she says: “I’m proud of all that I’ve already been able to accomplish so far. I’m not gonna give up and I’m not gonna fail at this, because there’s a future out there that was supposed to be mine to begin with and I gave it up to food and to other things that have kept me from it. So I’m fighting to get back what’s mine.”