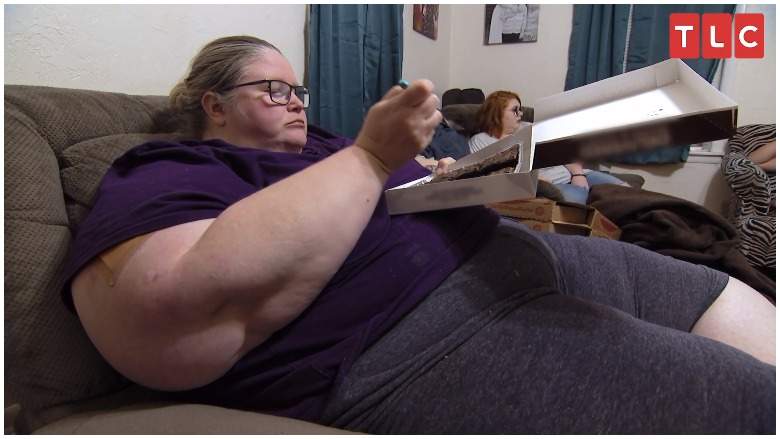 TLC’s My 600-lb Life, which serves as motivation to over a million viewers per episode, is going strong and is currently in its eighth season. By showcasing morbidly obese individuals desperately seeking to control their weight, lifestyle, and eating habits, it goes a long way in lifting up the spirits of overweight victims.

The docu-series stars gastric bypass surgeon, Dr. Younan Nowzaradan, also known as Dr. Now, who helps patients turned away by other doctors since their 600+ weight poses extreme help risks. Season 8, which was released on January 1, 2020, follows one individual in each of its episodes, who approaches Dr. Now as their last hope.

This week’s episode follows yet another inspiring journey and fans want to know everything about the upcoming episode. Below, we have described the tune-in times, streaming details, and synopsis of ‘My 600-lb Life’ season 8 episode 4.

My 600-lb Life Season 8 Episode 4 Release Date: When Will It Premiere?

According to the synopsis for episode 4: “Weighing almost 900lbs, J.T’s food addiction that will kill him if he doesn’t change. His girlfriend takes him to Houston, but when his behavior drives her away, J.T. is left with only Dr. Now to help.”

Episode 3 introduces us to a 40-year-old mother from Oklahoma named Bethany, who like most other people featured in the show, resorts to food to subdue her anxiety and depression. She had a bad childhood when her mom submitted to painkiller addiction and eventually attempted suicide, blaming Bethany in a letter. As a result, she turned to food for comfort, which grew into a habit, causing her to weigh 300 pounds by the time she turned 13.

Things did not get any better after Bethany started dating an abusive boy in high school. And this acted as a catalyst for her addiction and she reached 400 pounds by the age of 15. She then started experiencing panic attacks and even tried committing suicide, because of which she was admitted to a treatment facility. Bethany was later released from the institute and she joined college — only to drop out and started working in a pizza restaurant, where she met her current hubby Sheldon.

After marriage, Bethany weighed a whopping 500 pounds and gave birth to her first daughter Isabella and got a degree in counseling and psychology. Following her second pregnancy with Zowie, she started developing post-partum depression and again resorted to food.

When we meet Bethany in the show, she is above 600 pounds and her daughters are worried about her health. Deciding enough is enough, she meets Dr. Younan Nowzaradan in Houston and after his advice, follows a strict lifestyle for four months in order to be eligible for her weight-loss surgery. She manages to lose fat around her stomach post-surgery but still finds it extremely difficult to shed weight. Dr. Now recommends her to attend psychotherapy.

When Bethany is on the 11th month of her journey, she informs Dr. Now that she wants to take control of her own life. In the end, we witness that she weighs 500 pounds.

If you want to know how well she is doing after the show, we can tell you that currently, Bethany is working as a blogger and influencer for Parenting In Progress — where she helps parents in raising up kids. She also posts regular updates about her weight-loss developments on her Facebook page.