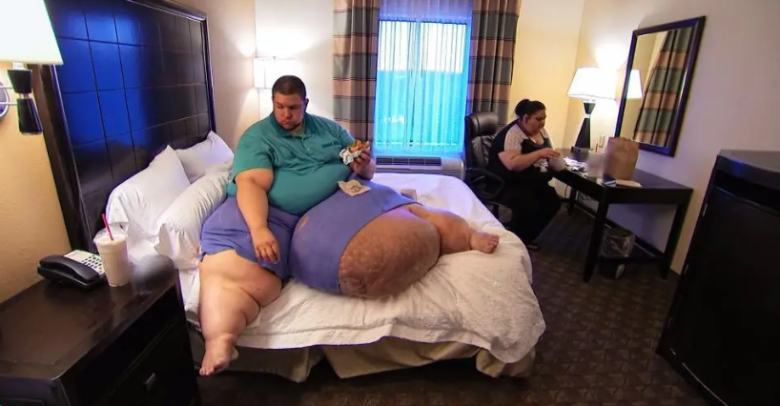 Fans of the inspirational reality show, My 600-lb Life, are already familiar with its concept. Starring gastric bypass surgeon, Dr. Younan Nowzaradan aka Dr. Now, it is about extremely overweight individuals, who seek the doctor’s help after being shunned by others. They had been turned away by almost all other clinics because their 600+ weight poses extreme health risks.

This week’s episode revolves around the strenuous journey of JT who weighs around 900lbs. And fans who have already finished watching it want to know everything about the upcoming episode. Below, we have described the tune-in times, streaming details, and synopsis of ‘My 600-lb Life’ season 8 episode 5.

My 600-lb Life Season 8 Episode 5 Release Date: When Will It Premiere?

32-year-old JT is one among the most obese persons to be ever featured on My 600-lb Life. With a staggering weight of around 900 pounds, he travels from Oklahoma to meet Dr. Younan Nowzaradan in Houston. In fact, JT’s lymphedema on his leg alone accounts for 100 pounds.

To give a bit of his history, JT hit the 700 lb mark when he was just 25 and as a result, he could not land any job. For all problems, he turns to food and does not seem to care about the calories that this addiction adds to his body.

J.T.’s girlfriend had tried to take care of her partner but his habit of not willing to change finally drove her away as well. Now, his only hope is Dr. You. JT realizes that his weight is posing serious health issues, his heart can stop anytime, and he can hardly move. This is when he decides to approach Dr. You.

Although Dr. You offers his help, JT’s weight makes traveling, exercise and dieting extremely difficult. Not only this, his lymphedema complicates things even more. As a result, JT shifts to Houston for the rest of his treatment as moving back and forth is too difficult.

After months of hard work and with Dr. You’s help, JT finally reaches his weight loss goal, which would get him the required approval for the required gastric sleeve surgery. By the end of the 12 months covered in this episode, JT manages to shed 373 pounds and weighs 491 pounds at his final weigh-in. He still needs to have another surgery for the lymphedema, after which he will lose another 100 pounds.