When Will My 600-lb Life Season 8 Premiere on TLC? 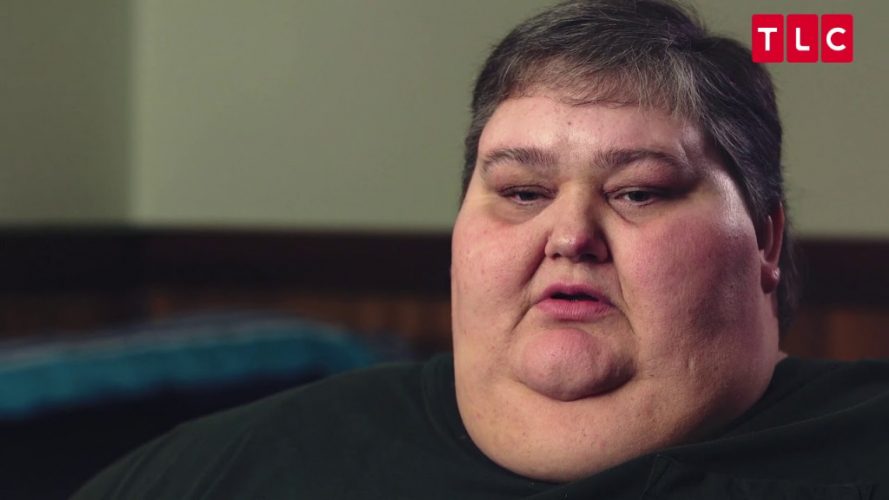 ‘My 600-lb Life’ is an American reality television series that airs on TLC (The Learning Channel). The series first released on February 1, 2012. Jonathan Nowzaradan and Conor McAnally are the directors of the series, which is filmed in Houston, Texas. Megalomedia is the production company handling the show.

‘My 600-lb Life’ is centered around morbidly obese patients who run the risk of death due to their weight issues. As a result, they go through tough measures including very strict diets and even undergo complicated surgeries to try and lose weight. While other TLC shows like ‘My Big Fat Fabulous Life‘ focus on body positivity and accepting how you are, even if you are fat, ‘My 600-lb Life’ shows the other side of the picture, where obesity has serious and often fatal consequences.

However, these shows on TLC, while taking different approaches to the issue of weight, uncannily have the underlying common strand where the people on the shows are all looking for one simple thing – acceptance in a society that does not judge them because they are fat.

After spawning seven successful seasons, this eye-opener of a show was again renewed for another installment. Read on to get a detailed look into what ‘My 600-lb Life’ season 8 is all about.

The central figure of ‘My 600-lb Life’ is Dr. Younan Nowzaradan, a surgeon based in Houston who specializes in vascular surgery and bariatric surgery. On the show, he is simply known as Dr. Now. In the upcoming season of ‘My 600-lb Life’, Dr. Now will return once again to resume his duties.

As for the rest of the cast, every season has a different group of morbidly obese people. For instance, in season 7, we follow the life stories of 20 such individuals. In season 8, we meet one plus-size model who suffers from foot fetish. There is a pair of estranged siblings, coming together after years and embarking on their weight-loss journey. We also see a person, weighing 892.2 pounds, who is the second-heaviest individual ever featured on the show, after the late Sean Milliken, who used to weigh a massive 1,003 pounds. We will get to know about more cast details when the episodes start airing. Stay tuned for further updates.

My 600-lb Life Season 8 Release Date: When will it premiere?

The show had already started casting for season 8 via its Facebook page from October 2018. Recently, TLC also announced its release date. ‘My 600-lb Life’ season 8 is slated to premiere on January 1, 2020, at 8 PM ET. If the show follows its tradition of the previous three seasons, we expect the eighth season to wrap up by May 2020.

‘My 600-lb Life’ revolves around men and women who all weigh at least 600 pounds. The series documents the kind of steps they take in their attempts to undergo weight loss, which includes very strict diets and even life-threatening operations. The show has also included another section to its episodes titled ‘Where Are They Now?’ in an earlier season. This is essentially a retrospective that follows up on the patients to track how their weight loss journey is going in the months following their bariatric surgery.

The show tells powerful stories through episodes that run for an hour. The channel follows the complete medical journeys of these morbidly obese people as they fight to save their lives. The individuals who are featured on the show all take the courageous decision to undergo gastric bypass surgery, which is highly risky. However, before coming to this decision, they come face to face with their lifelong physical and emotional struggles. The aim of the people on ‘My 600-lb Life’ is straightforward. They want to make a drastic change in their appearance, with the hope of reclaiming their independence, renewing their feeling of self-worth and mending their relationship with families and friends.

However, the show is not just about the surgery and weight loss measures taken by these people. What is even more heart wrenching and needs immediate addressing is what drove them to this condition of morbid obesity in the first place. One example would be Sean Milliken, a star of ‘My 600-lb Life’, who passed away at the age of 29 due to infections that arose as a result of his operation. Sean spoke about what led to his condition citing the tumultuous relationship he had with his father, including verbal abuse, as a cause. He said, “It was scary. So I would eat. And suddenly I felt a lot better. At that moment, nothing else mattered”. It is no secret that a lot of people seek comfort in food as a coping mechanism against various traumas or mental illnesses.

‘My 600-lb Life’ is not just for people willing to reduce weight to live longer, it is also for people who can nip the problem in the bud and confront their traumas instead of developing an eating disorder. The show catalogs the impact their weight problem has on close relationships with parents, children, friends, and even spouses. ‘My 600-lb Life’ analyses the dependence of the featured people on those who are both caregivers and enablers. The show tells us that the people going through weight issues need our support more than anything else, and especially those on this show, who are experiencing one of the most trying times of their lives, attempting to bring a major change in themselves.

The upcoming season of ‘My 600-lb Life’ will continue on a similar note, not only showing the courage these people must have to undergo the dangerous operation but also how the issue of weight and self-esteem is inherently tied. We hope to see more of the journey of these people from the time they undergo surgery to the time they become comfortably reintegrated into society again, having reestablished a semblance of the social connections that they had with their friends, families, and lovers earlier. More importantly, we hope the upcoming season also sheds more light on the causes of obesity and address them as well.

You can watch the official sneak peek for season 8 below: