When Will My Big Fat Fabulous Life Season 7 Premiere on TLC? 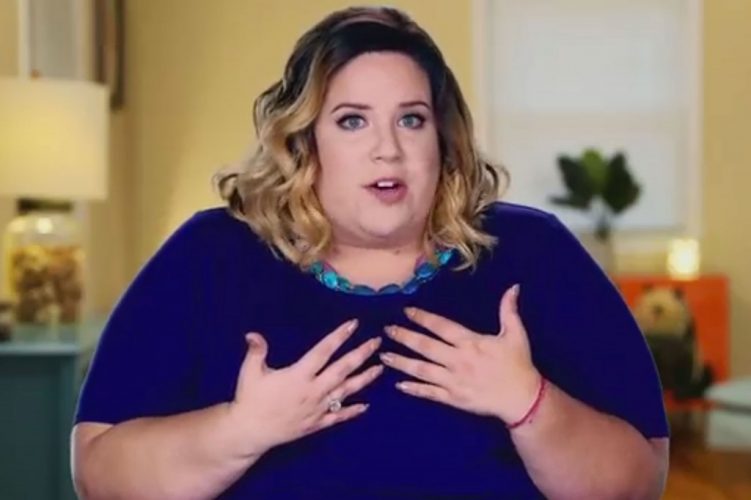 ‘My Big Fat Fabulous Life’ is an American reality television series which centers around the life of Whitney Way Thore. It airs on TLC and first premiered on January 13, 2015. Whitney weighs around 380 pounds (70 kg). In her journey, she states that she is suffering from Polycystic Ovary Syndrome which leads to her weight complications. Whitney also happens to be one of the most famous fat people in America. She is a 30+ woman and is a native of Greensboro, North Carolina.

The star of ‘My Big Fat Fabulous Life’ is literally larger than life and not shy about it, which is wonderful in terms of body acceptance. Whitney claims a similar stance for herself since she is a body positivity activist who spreads awareness and acceptance through her campaign ‘No Body Shame’. She had additionally joined with Cruises Only, which claims to be America’s largest cruise company. Together, they had launched the initiative called ‘No Body Shame at Sea’ cruise. Here, people of all ‘sizes, abilities, genders, orientations and ages’ are welcome.

MBFFL, since its launch, has spanned six successful seasons. With hints of the next season being dropped across several months, it was recently confirmed that the series has been officially renewed yet again. Here’s all we know about ‘My Big Fat Fabulous Life’ season 7.

My Big Fat Fabulous Life Cast: Who is in it?

While Whitney is the face of body positivity and acceptance now, before the series, she appeared in a radio station morning show titled ‘Jared and Katie in the Morning on 107.5 KZL’. She mainly rose to fame when she posted a video of herself dancing and named it as ‘107.5 KZL’s Fat Girl Dancing’ videos which gained more than eight million views on Youtube.

This prompted TLC to ask her to be part of a reality show, which led to ‘My Big Fat Fabulous Life’. Whitney’s general message to her viewers is, “I think it’s important to use the word ‘fat-acceptance.’ A lot of times I say ‘body positivity’ because that’s more digestible for people but truthfully, if you’re not here for the fattest people, for the most marginalized bodies, then you’re not really here for anybody.”

The recurring cast of the series includes Ashley Baynes, Lauren Merola, Lennie Alehat and Roy Brown. In the upcoming season, Whitney, alongside all of her friends and family will be making comebacks. But be sure that the spotlight will firmly be focused on Whitney since it is her interactions and point of view that is the driving force behind the show.

What is My Big Fat Fabulous Life about?

With her good spirit, Whitney Way Thore has set a goal, and she usually gets what she wants. This is what the show is all about. ‘My Big Fat Fabulous Life’ is not only an inspiring show but also has a positive impact on people who are going through similar things in life. This show also attempts to educate people about Polycystic Ovary Syndrome that most are not aware of. It focuses on Whitney as she gets back into her dancing career by winning over negativity. She started at the bottom by uploading videos on a streaming platform to becoming the leading woman of the show.

After gaining success, she is trying to be an inspiration for those who are body shamed and bullied daily. Whitney has had eating disorders since she was a child and this combined with her medical condition led her to gain weight rapidly. She soon realized how this affected her social life and her confidence. ‘My Big Fat Fabulous Life’ attempts to change all that. Whitney teaches us that we should love our body as it is and learn to live life to the fullest.

Whitney’s weight cannot keep her from dancing and she follows aggressive dance routines and even teaches dancing to others who are overweight. Being fat can lead people to feel low, Whitney realizes. This is why she moved in with her parents and the series shows that. Whatever message Whitney puts out on the show comes from a place of personal experience. She received a lot of hate for embracing her body as is and posting pictures of herself in a bikini.

However, instead of responding negatively to these hate posts, Whitney started the ‘No Body Shame Campaign’. One thing led to another and soon she had her own show. As Whitney wages a war against intolerance, which she calls “the last socially acceptable prejudice”, she also reintegrates herself into society by throwing herself into the dating scene.

In season 7, we will finally get to see who is Whitney’s new mystery man since her Instagram profile has been flooded with pictures of her handsome beau. Another important part of the season will be her trip to Paris, where she immerses herself in the Parisian culture. The star will be relocating from Greensboro, NC to Charlotte, NC in order to start No BS Active with her new business partner, Ryan Andreas — where the pair will be seen sharing online fitness videos.

My Big Fat Fabulous Life Season 7 Release Date: When will it premiere?

MBFFL was then soon renewed for another season. ‘My Big Fat Fabulous Life’ season 7 is slated to premiere on January 7, 2020, at 8 PM ET.

You can check out the official sneak peek from season 7 right here.