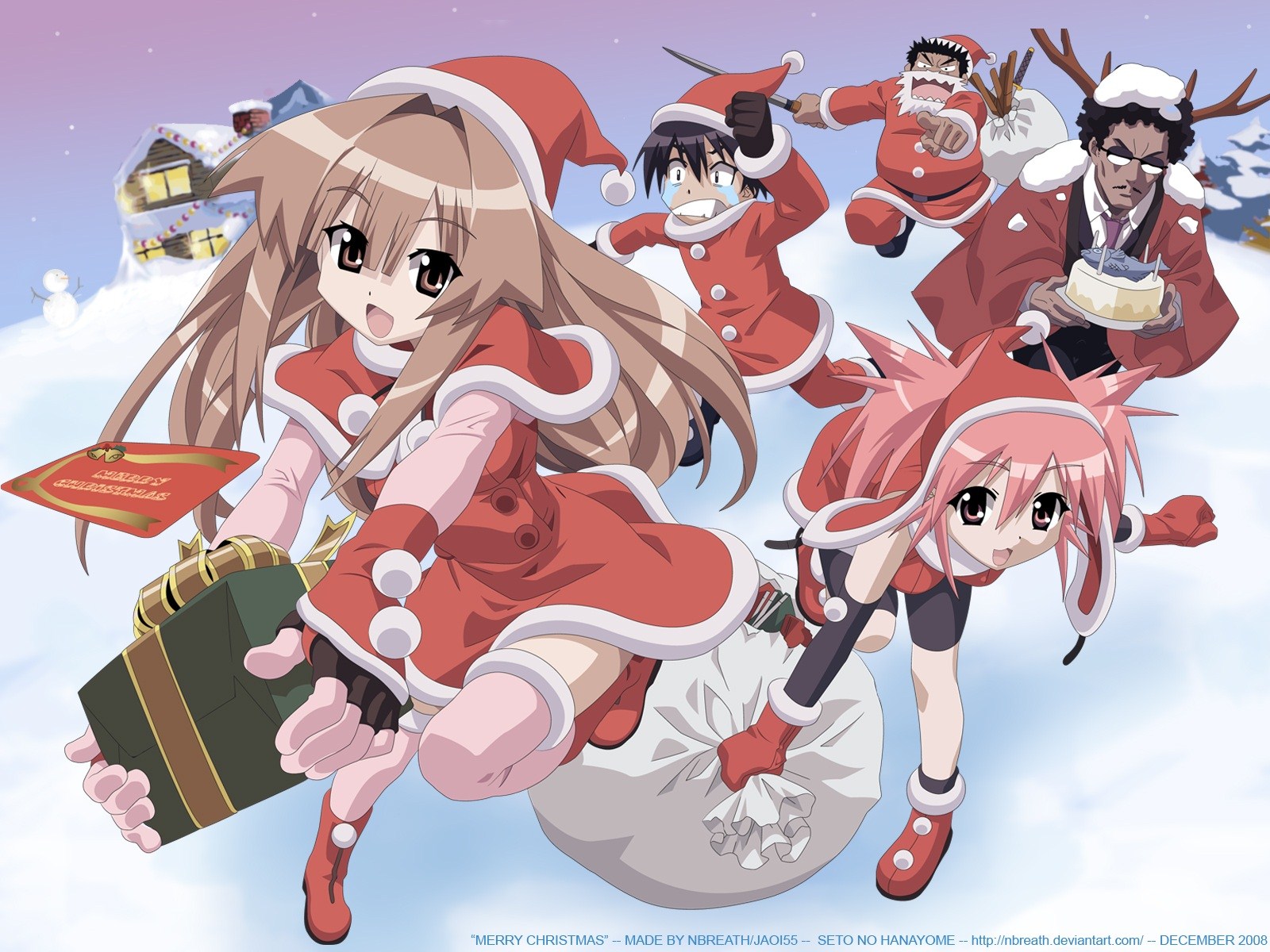 I’m not really a big fan of romance anime, especially the ones that have harem thrown in the way. But for some reason I really enjoyed watching ‘My Bride is a Mermaid’ and I’m sure that I share this opinion with many other anime viewers. Now I am not even saying that the anime has absolutely no cliches in it; in fact, it has the word “typical” written all over it. But it stands out by taking advantage of these cliches and then turning it into something very unique. It all starts off with a very predictable story where the main protagonist is forced to be with someone who is a completely different species. But if you think about it, most of these interspecies relationship anime focus on the challenges faced by the couples as they try to get used to each other’s lifestyles. While ‘My Bride is a Mermaid’ does the same, it also brings in elements of shounen that make it even more interesting and also, a little different from other similar anime.

Overall, to put it simply, ‘My Bride is a Mermaid’ seems to be the kind of anime show that comes by every now and again. But once you actually start watching it, you realize that it is a lot more than what you would expect from an average anime. It has some really enjoyable comedy and even the action parody scenes are quite memorable. It also presents some really strong characters and does a great job with the portrayal of their complex relationships. Though it lacks a well-structured story, I would still recommend it to anyone who wants a good laugh and some decent action. Just make sure that you do not watch it in a public space because this one is going to make you laugh out loud at times.

My Bride Is A Mermaid Season 2 Release Date: When will it premiere?

‘My Bride is a Mermaid’ Season 1 premiered on April 2, 2007 and with a total of 26 episodes, it came to an end on October 1, 2007. This season was then followed by 2 OVA episodes that were premiered from November 3, 2008 to January 5, 2009. Both the OVA and the first season did fairly well and were also rated above average by most viewers. Fans were even starting to sign petitions to request for its renewal but usually, this approach never works out.

The manga from which it has been adapted was over in the year 2010 and most of it has already been covered in the first season and OVAs. And now, it has been close to a decade since we saw the last of it, so it seems very less likely that the creators would ever want to go back to it. Even then, if there is any news regarding ‘My Bride is a Mermaid’ Season 2 release date, we will surely update it right here in this section. For anyone who wants to know what happens next in the story can always read the manga and if you’re looking for more anime like this one, you can refer to our list of similar comedy anime shows.

My Bride Is A Mermaid English Dub:

The English Subbed and Dubbed versions of ‘My Bride Is A Mermaid’ can be found on Funimation and also on Crunchyroll.

My Bride Is A Mermaid Plot:

Michishio Nagasumi lives a very normal life and almost starts to believe that there is scope for the extraordinary when suddenly, everything changes. During the summer vacation, after a series of unfortunate events, he ends up drowning in the sea. but to his surprise, an extremely cute looking mermaid named Seto Sun rescues him. But being from the Yakuza family of the mermaids, there are certain laws that she has to abide by. One of these laws states that if a human ever catches the sight of a mermaid, either the human or the mermaid will have to die.

Michishio just somehow defied death and for obvious reasons, he would not want to go there again. But being the kind-hearted guy that he is, he wouldn’t let Seto Sun just die for saving his life. This leaves him with only one option and that is, he has to marry the mermaid in order to become a part of the mermaid family. Once he is a part of their community, no one will have the right to kill him. So to save both of their lives, Nagasumi asks for Seto’s hand in marriage. But the adventure does not end here as he must now protect his wife from others who are against their interspecies relationship.

My Bride Is A Mermaid Characters:

Lunar Edomae is Seto Sun’s childhood friend and later, she also becomes his strongest rival. She looks really beautiful with her pink hair and is often seen in her high school uniform. Just like Sun, if someone spills water on legs, she instantly turns into a mermaid and needs to dry off to turn normal again. A bipolar disorder dictates her personality and she often switches between being really nice to people and during other times, being very rude to them. She seeks fame and gets really selfish to achieve this dream. Her psychopathic traits are possibly an outcome of being in a home where she does not have a mother and lives with a father who bonds with her in the weirdest of ways.

She also seems to suffer from superiority complex as she always tries to overshadow her own friends, especially Sun. At the same time, she also feels less talented than her because Sun has always been better than her at pretty much everything since they were kids. Lunar later humbles down a little by accepting the people around her as they are. She also has her personal bodyguards, who are students from her high school. These bodyguards are usually at war with Sun’s bodyguards and do everything that Lunar asks them to do.

Nagasumi Michishio is the main male protagonist of the show who becomes the husband of Sun Seto after getting caught up in a controversy of the mermaid world. He is usually bullied at school and becomes the punching bag of most kids. Most guys at the school are just jealous of him because of his relationship with Sun and even the girls hate him for starting a war between Factions of Lunar and Sun. But this does not really change who he is and he still remains the friendly, kind-hearted guy that he is. He has an average height for his age and he strongly resembles his father when it comes to his appearance. Out of all the members of his family, he seems to be the only with a clear head.

At times. he shows some incredible feats of strength and after being treated as a punching bag almost throughout the series, he develops inhuman reflexes that allow him to read and dodge all the moves of his opponents. Even the top hair on his head stand up during fights, signifying the level of danger that he is facing. Later in the series, he gets empowered just by being close to Sun.

Sun Seto is the main female protagonist of the series who is a mermaid and later becomes Nagasumi’s wife after saving his life. She is a very beautiful girl with long tan hair. She also has an above average voluptuous figure that makes all the guys of the high school go crazy. Most of the members of her family are too selfish and care about nothing but the laws of their mermaid world. But unlike them, she is smart, mature and has a clear head about what is right and wrong. She shows a lot of inner strength and also has some amazing sword slinging skills.

She saves Nagasumi from drowning in the sea but later, she is weighed down by all those who are against what she did. She decides to face all of her fears and takes on the challenge of being with Nagasumi as his wife by defying the expectations of her family. But later, as she spends more time with him, she actually starts falling for him. This not only helps her accept her past decisions but also gives her life a whole new meaning.