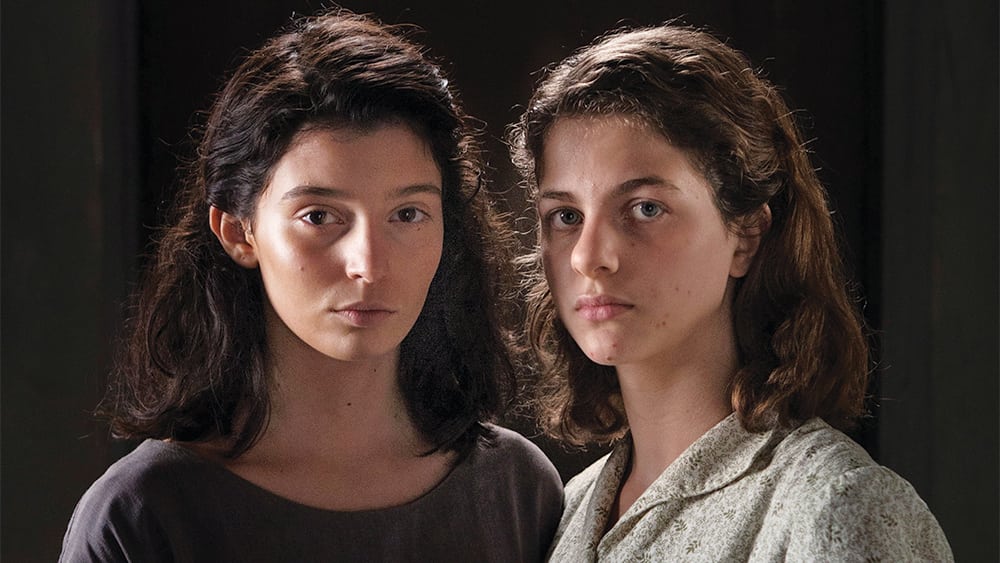 For years now, books have been adapted in mega budget movies, and of late, big television production of houses have also started doing the same. ‘My Brilliant Friend’ is one fine example. An adaptation of a 2012 book of the same name by Elena Ferrante, the Italian language HBO show tells the story of the lifelong friendship between the central duo, Elena Greco and Raffaella ‘Lila’ Cerullo. Set in postwar Naples, the show is marked by gloom and grit, with joyous and heart-warming portrayals of friendship between the two.

Co-produced by HBO and Italian networks RAI and TIMvision, Season 1 of ‘My Brilliant Friend’ made its way to viewers’ screens on November 18, 2018. Much to the joy of critics and fans, HBO, in December 2018,  announced that the show had been renewed for a second season. Notably, Season 2 will be based on Ferrante’s second book – The Story of a New Name (2013) – in her four-book Neapolitan Novels series which, collectively, has sold over 10 million copies across 40 countries.

My Brilliant Friend Cast: Who’s in it?

As the story spans 60 years, the cast is quite expansive. In fact, the cast is so expansive that it took an eight-month period to sift through 150 actors/actresses and 5,000 extras for the show.

Given the fact that Season 2 will be a continuation of Season 1, the main cast is expected to make a comeback in Season 2, apart from the addition of new characters.

My Brilliant Friend Plot: What is it about?

Season 1 of ‘My Brilliant Friend’ begins in 2010 when Elena has grown old. While living in a house cramped with books, Elena gets a phone call from Lila’s son, and comes to know that Lila has disappeared. She immediately recalls that Lila always spoke of going off the radar when they were kids, and begins to wonder whether her disappearance was a conscious decision.

The story picks up from there, and Elena, in remembrance of her loving yet ambivalent relationship with Lila, begins to put down on paper everything she remembers about her childhood friend. This remembrance transports the audience to postwar Naples during the 1950s, when Elena and Lila came to know each other. The coming of age story then traces the evolving relationship between Elena and Lila, who both grow up in a poor Naples neighborhood marked by violence and struggle.

While both girls get to know each other from being in the same class in elementary school, their paths begin to diverge after Lila’s father refuses to pay for her education, despite her prodigious talents. As the story progresses, so do the two characters. Elena continues her education and goes on to attend high school, while Lila gets involved in her father’s shoe shop after dropping out from school. With age, Lila grows into a beautiful young woman, and attracts all the young men in the neighborhood. Despite being courted by the son of the powerful Silvio Solara, Lila goes on to marry Stefano Caracci, the owner of a local grocery shop. However, their marriage gets strained after Stefano breaks a promise, and Season 1 ends here, setting the stage for Season 2.

Season 1, which follows Ferrante’s book faithfully, received outstanding reviews from critics, and enjoys a score of 94% on Rotten Tomatoes. On IMDb, too, ‘My Brilliant Friend’ has a stellar rating of 8.7/10.

Season 2, which will be based on the second of the four books in the Neapolitan Novels series by Ferrante, will focus on Lila’s life after marriage, while parallely tracing developments in Elena’s life as she graduates from high school and goes on to become a critically acclaimed author.

My Brilliant Friend Season 2 Release Date: When will it premiere?

‘My Brilliant Friend’ season 1 premiered on November 18, 2018 and immediately received widespread praise from critics and audiences. HBO, in December 2018, announced that the show has been renewed for a second season. While fans will be raring to watch the second season of the beautifully-made coming of age drama, they will be disappointed to know that HBO, as of now, has not made any official announcement about the release date of Season 2. However, if the makers of the show follow the schedule they followed for Season 1, ‘My Brilliant Friend’ Season 2 can be expected to release sometime in November, 2019.

We will update this section with the latest news about release dates, and any other important news on Season 2. So, do check back from time to time to get the latest updates.