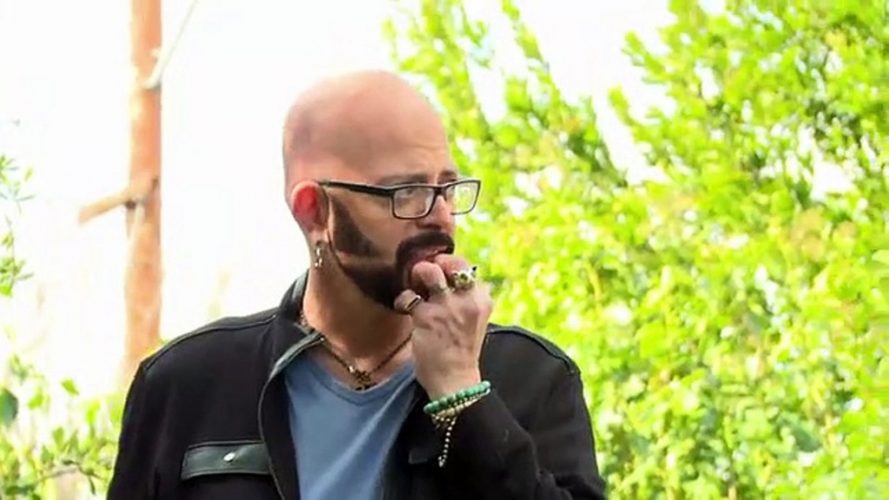 My Cat from Hell is a popular American television series that airs on Animal Planet. It is a reality series which made its debut back in May 2011. Ever since, it has been receiving an overwhelming response from its viewers and has aired 87 hit episodes, concluding the tenth season of the show in October 2018. Jackson Galaxy, the protagonist of the story, is a cat behaviourist by the day and a musician by night. He helps people disentangle the issues with their pet cats; the controversy may be an attack of the animal on its owner or assaults by the cat on other pets. Jackson claims to be of use to any “problem-cat”, provided that its owners abide by his instructions and empathise with the poor animal. He brings into limelight the fact the most of the behavioural controversies associated with cats, or any other animal for that matter, are associated with discomforting circumstances in its physical environment, physiological distress or any misconduct in the petting of the animal by humans and that these controversies can easily be resolved by making some simple alterations in the “stay-feed-sleep” of the animal, rather than being antagonistic.

Jackson Galaxy, who plays himself in the entire series, is a cat behaviourist, who teaches people to deal with their naughty, aggressive, violent, depressed, anxious cats or “over-stimulated cats”, as he calls them to sum this all up. His divine introduction at the starting of the eighth season, “I am Jackson Galaxy, the animal behaviourist, cat guardians call when they’re dealing with a difficult cat. I’m out to prove that there is no such thing as a bad cat, just a cat that needs my help”it all. The show also featured Eric Roberts and Eliza Roberts, playing themselves in the show. The story centres at the plight of the couple, who have discovered that their beloved Brooklyn has gone missing.“We gotta figure out how we got here,” Jackson proclaims to them, and an interesting twist and turn of events unfolds, till the cat is found back safe.

A yet another encounter of Jackson with Hannah Shaw has a really interesting circle of events that unravel and, in the end, Jackson leaves us with yet another handy tip of petting cats well.

My Cat from Hell Season 11 Plot: What is it about?

This American Reality show is basically about empathizing with pet animals, especially cats, which are barely treated as “cats”. Jackson comes across plenty of cat tamers, who have a variety of problems because of the weird behavioural patterns of the pet. Jackson digs the root of the matter and helps the people solve these problems by following his simple advice that would provide the animal with a more comfortable space, and in turn, the tamer would achieve a lovelier version of his pet.

For instance, Jackson addresses to a certain class of cats as “tree-dwelling cats” those which are not really fond of scaling the low-lying ground. He advises the tamers of such cats to have a floor-above walkway with no dead ends!

Being a cat-lover, Jackson has certainly not been approving of the practice of having the claws of cats removed as a consequence of their aggression. He explains, there could be innumerable simple reasons for this aggression that could easily be sought after. For example, there are several ways of holding or hugging a cat correctly or incorrectly. Devising the incorrect methods would put the animal into discomfort and surely fetch you an assault from it. Some cats are stimulated to aggression by certain fragrances, food, people etc. In such cases, Jackson suggests having soft claws or vinyl claws to be placed over the natural ones, instead of taking the natural ones off.

Another interesting episode is about dressing up your cats in weird ways. Jackson, who himself does not like being dressed very often, empathizes with a poor animal who is treated as dolls by the tamer and disapproves of this practice as this is clearly beyond the comfort zone of the animal.

My Cat from Hell Season 11 Release Date: When will it premiere?

The last episode of season ten “Philly’s Forgotten Cats” (S10 E12) had an air date of October 20, 2018. No proclamations have been made by Animal Planet about the actual release date of the new season, but it is anticipated to premiere by April. There is a lot of buzz among the audiences about the topics that shall unravel in the eleventh season, especially for those who have followed all the ten seasons very closely.

Well, let’s see what the “Cat Daddy” has in store for us this time! We will update this section with relevant details on the upcoming season as we find out. So, keep an eye out on us!

My Cat from Hell Season 11 Trailer:

The official trailer of the eleventh season has not yet been released by Animal Planet. However, the channel has kept up the excitement of the audiences pretty high through this video that had been posted on YouTube on the 18th of December 2018 showing more rendezvous of the “Cat Daddy” with the most catastrophic cats.