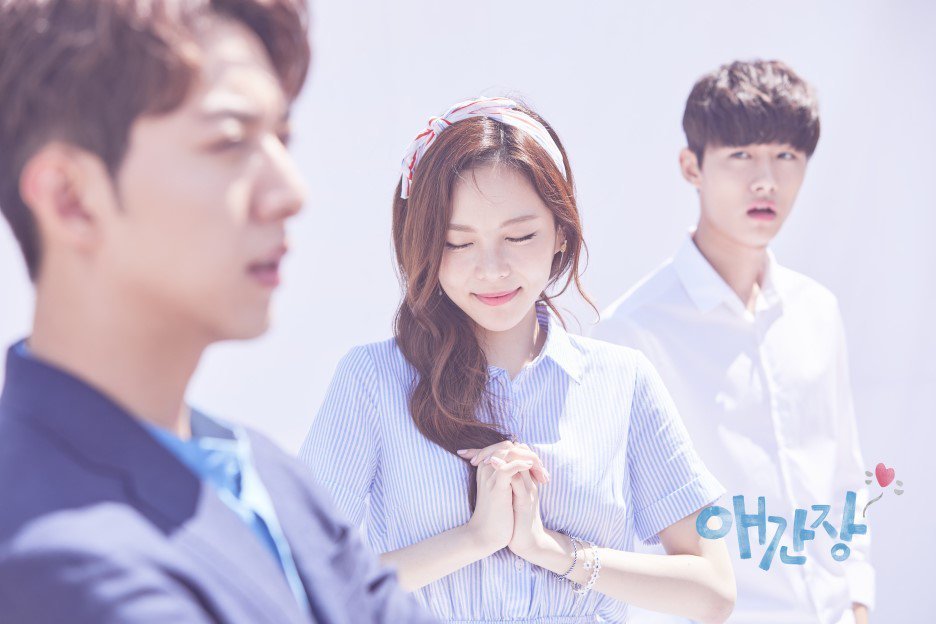 It is clear that Netflix recognizes the potential of Korean dramas. Fans of k-dramas, as they are popularly referred to, are spread across the world and the streaming giant is surely looking to tap on that fandom. My First First Love is a step in the direction. The coming-of-age romantic drama tv series delves into the age-old phenomenon of first love through the characters of four college going 20 year olds as they unravel the messy mystery of love. Kdramas are known for their melodramatic romantic stories and My First First Love is no different. The show immediately became a success among its target audience of teenagers and young adults.

Netflix first announced its plans of developing My First First Love on September 18, 2018. Writer of ‘Little Black Dresses’, Kim Min-seo, came on-board as the writer of trendy teenage romance, with Oh Jin-seok as its director. Principal photography of the Netflix Original began in September 2018, and ended in January 2019. Finally, on April 28, 2019, the show made its way to viewers TV screens.

My First Love Cast: Who’s in it?

The primary cast of the Netflix Original includes actors Ji Soo, Jin-Young, Jung Chayeon, Choi-Ri and Kang Tae Oh. Lead actor Ji Soo has previously featured in several K- drama series such as ‘Angry Mom’, ‘Cheer up!’, ‘Page Turner’ and ‘Fantastic’ among others . Ji-young, Kang Tae and Jung Chaeyeon Oh all have a simultaneous, thriving musical career and are members of the bands ‘B1A4’, ‘5urprise’ and ‘DIA’ respectively. Lastly, Choi-Ri is a South Korean actress best known for her role in the historical 2016 film ‘Spirits’ Homecoming’. They are seen playing four college going young adults trying to cope with their respective messy encounters with first love.

Interestingly, the lead role of ‘My First First Love‘ was first offered to Nam Joo Hyuk, but he declined. Jin-young in a statement to Link 8 entertainment said, “I am thrilled that I am participating in a project that allows me to meet fans all over the world….It is always nice to Hallyu (Korean New Wave) spread overseas, and I will return the interest with acting that won’t disappoint”.

My First First Love Plot: What is it about?

‘My First First Love’ is a romantic coming of age drama which deals with the lives of its five main characters Yoon Tae Oh, Hang Song Yi, Seo Do Hyun, Choi Hoon and Oh Ga Rin as they unravel the complexities of first love while attending college and living together in a house on campus. Tae Ho ( played by Ji Soo) and Song Yi (played by Chaeyeon) are two close friends sharing a platonic friendship of close to 20 years. Seo De Hyun (played by Jinyoung) Tae Oh’s best friend, and Song Yi’s boyfriend. The duo of Tae Oh and Choi Ri are bohemian friends who leave their respective homes in the pursuit of their dreams and eventually end up living with Tae Oh.

Complications arise when the pair of longtime platonic friends Tae Ho and Song Yi start falling in love with each other. De Hyun who is Tae Oh’s best friend and Song Yi’s boyfriend thus becomes a consequential part of this love triangle, enabling the drama to unfold.

While describing the show ‘My First First Love’ at a Netflix event in Singapore last year, Ji Soo said “It’s about young and rather clumsy love, revolving around people in their 20s. It’s a heartwarming story that audiences in any age group can relate to as well.” K-pop girl Chae-yoon described her character Song Yi as a strong-willed individual, persistent, ever smiling individual. Apart from its central premise of the concept of first love, the show also deals with realistic day-to-day scenarios such as financial or familial problems that young-adults go through, enabling a strong foundation grounded in reality for its narrative to flourish. According to Jin-young, the cast and crew formed a great team and got along well– “I hope when the series goes on air next year, the happy feeling we are experiencing on set will come across too,” he said. To which Ji Soo added “I hope the show will remind audiences of their first love.”

My First First Love Season 3 Release Date: When will it premiere?

My First First Love season 2 released on July 26, 2019 on Netflix. The season comprised of 8 episodes.

As far as next season goes, we are sure that Netflix must have been encouraged by the response that the first two seasons received. So, it is quite likely that the network will renew the show for a third season. If everything goes as expected, our best guess is that My First First Love season 3 release date could fall sometime in November, 2019. We will update this section as we hear more.

While we wait for My First First Love season 3, check out the season 2 trailer to refresh your memories. If you haven’t seen the show yet head over to Netflix to catch all the previous episodes.