When Will Boku no Hero Academia Season 4 Episode 14 Premiere? 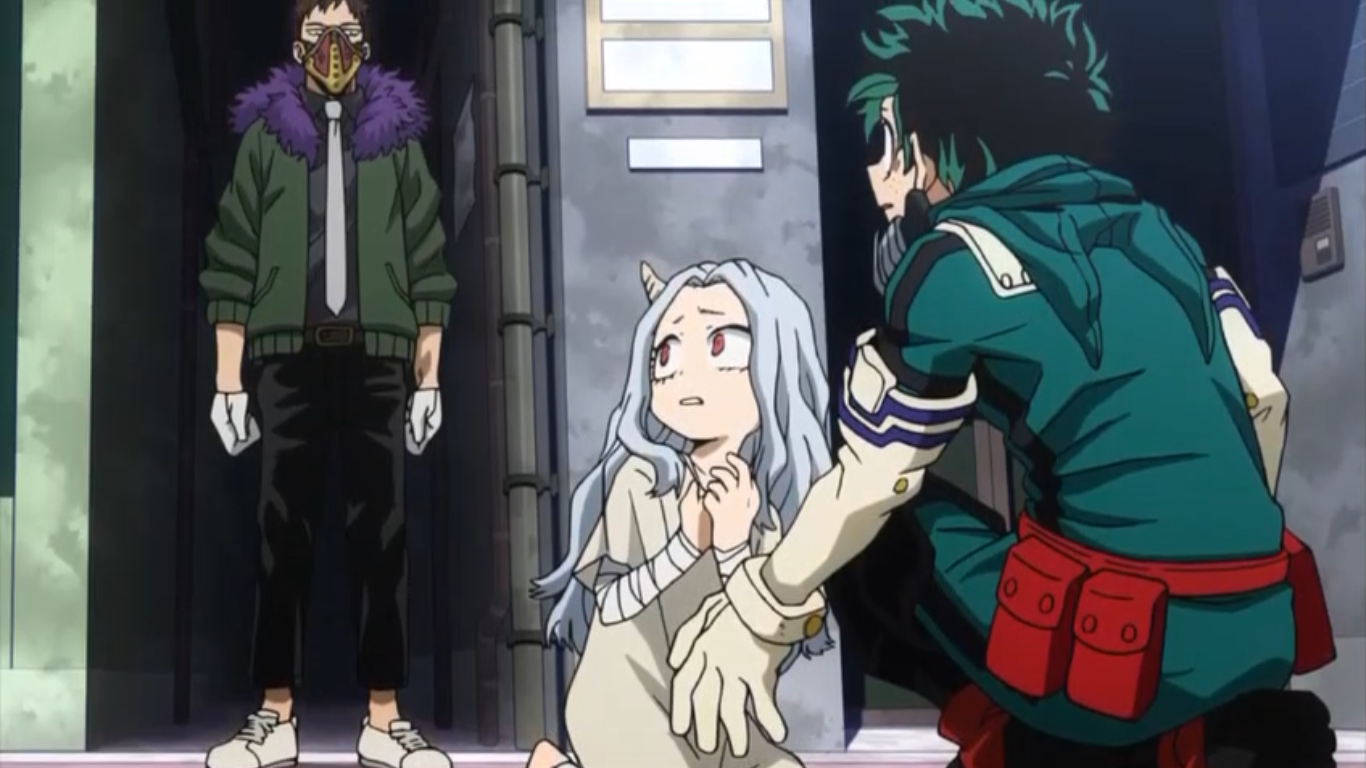 Episode 13 is by far one of the best-animated episodes of this season and one can clearly notice that anime veteran Yutaka Nakamura had some role to play here. Even the direction of the action scenes and the heartfelt moments between Deku and Eri have been perfectly executed. With all of this, it comes as no surprise that fans of the series are more hyped than ever now. ‘My Hero Academia’ is now better than it ever was and you certainly wouldn’t want to miss out on its next few episodes. So to find out more about the release date and the streaming availability of its next episode, read on further.

‘My Hero Academia’ Season 4 Episode 14, titled “Bright Future”, will release on January 18, 2020. You can stream the English dubbed version of the anime on Crunchyroll and Funimation.

My Hero Academia Season 4 Episode 14 Spoilers: What to Expect?

In episode 13, it is revealed that Ryuku showed up to save the heroes from Overhaul just because Toga disguised herself as Deku and asked them for help. With this, it becomes clear that she and Twice are clearly not on Overhaul’s side and will do anything to destroy him. Meanwhile, Overhaul just keeps growing stronger and almost succeeds at taking away Eri with him. But soon, Eri begins to realize that the heroes will not give up until they’re able to save her. So to save Eri from Overhaul, she decides to finally go back to him. A flashback then reveals that Eri never was Overhaul’s daughter. His master, who was really curious about her abilities, just wanted Overhaul to find out what she’s capable of doing with her mutation abilities. However, instead of helping the girl out, Overhaul started feeding her lie that she’s nothing but a curse to everyone and misused her quirk to create the quirk-destroying bullets.

Deku then uses Eri for enhancing his own quirk and fights Overhaul. Overhaul feeds on the power of all of his allies and becomes extremely strong but he is still not overpowered by Deku. In the end, Deku is finally able to defeat Overhaul and Nighteye, who had previously foreseen that Deku will be defeated, is left astonished by the result of the battle. He realizes that the future he sees may not always hold true and can be altered if only one has a strong will to do so.

The title of the next episode, i.e, “Bright Future”, will probably take a back seat with the action scenes and will focus more on the sacrifice that was made by all the heroes. However, since this season has about 10 more episodes to go, Overhaul will certainly not go down so easily. So we can expect the supervillain to have another trick up his sleeve to escape. Along with that, we can also expect a few more backstories surrounding his origins, which will highlight the formative years of his life. Moreover, now that Deku has finally rescued Eri, we can expect a bit more development in their relationship as well.

More than anything else, it’s All Might’s appearance in the next episode that we can all look forward to. In the final moments of the post-credits scene, Eraserhead takes Deku to a room where they meet All Might and Nighteye’s assistant. Now that Deku is beyond his transcended limit with his quirk, All Might is probably there to warn to him about the use of “One for All”. Or maybe, realizing that Deku is now the only hero who can save the world from Overhaul, he’s there to train him. We’ll probably have to wait for another episode to figure out what his true purpose is.

When it comes to Toga and Twice, they haven’t done anything significant yet, but they surely have something bigger planned for later. Though their screentime in the 13th episode lasted only for a couple of minutes, they did play quite a major role in the grand scheme of things. So in the next few episodes, Toga and Twice will again team up against Overhaul and will try to avenge the death of their allies, who were ruthlessly killed by him.