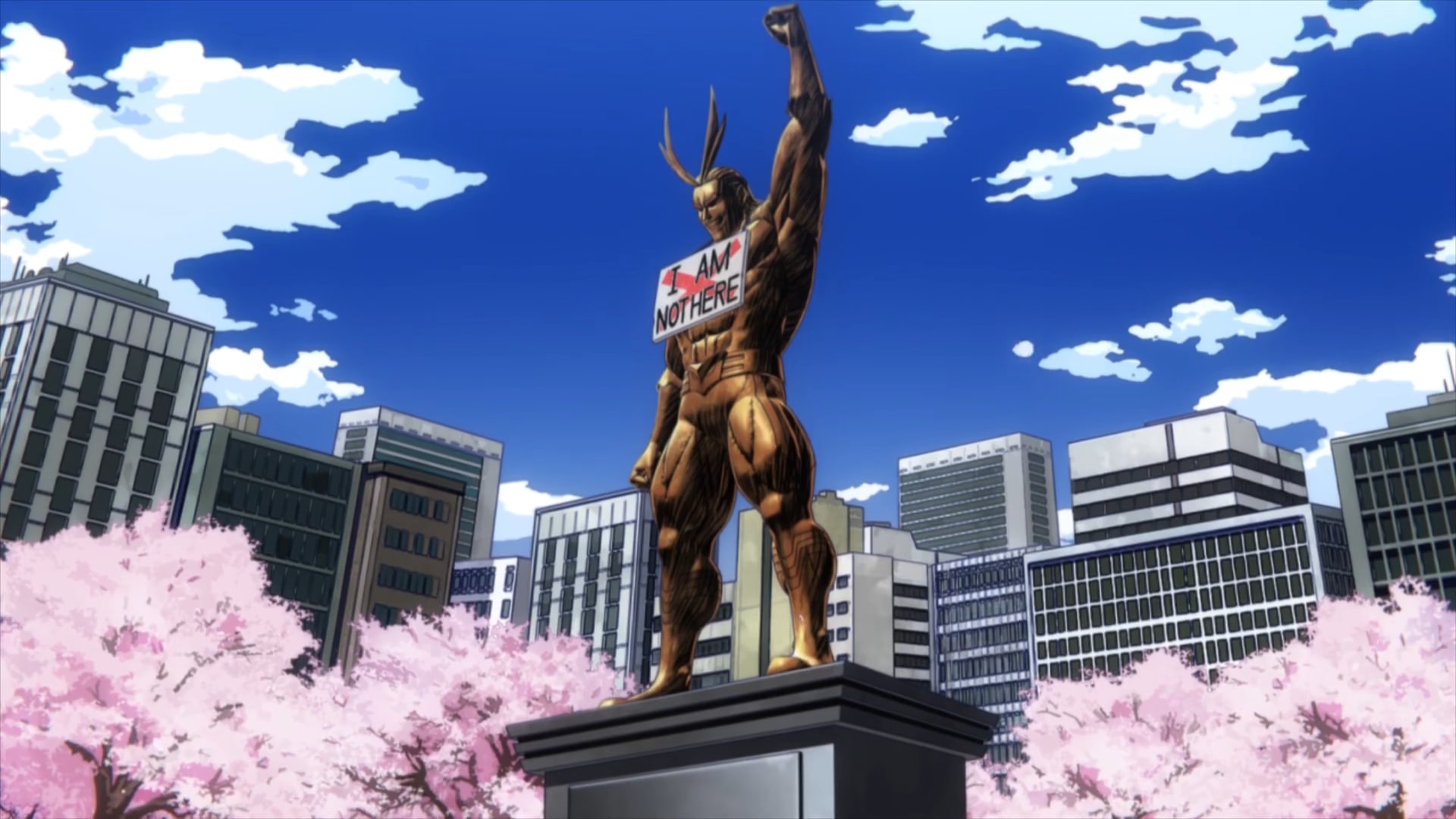 The fourteenth episode of ‘My Hero Academia’ season 6 titled ‘Hellish Hell,’ gave an overview of the Jaku Hospital and Gunga Mountain Villa operation in which many Pro Heroes lost their lives while thousands of Paranormal Liberation Front members and their supporters were arrested. Unfortunately, the events had far-reaching consequences as the public trust in the hero society dwindled while the top heroes along with Shoto Todoroki, Deku, and Bakugo ended up in the hospital. Shigaraki survived the battle thanks to the help of All for One, who now plans something even more sinister. Here is everything you need to know about the ending of ‘My Hero Academia’ season 6 episode 14. SPOILERS AHEAD!

Before the heroes executed the Jaku Hospital and Gunga Mountain Villa invasion plan, Re-Destro tried to make a deal with the Public Safety Commission as the President of Detnerat. He planned to get in the good books of the top agents and eventually gain the trust of the commission to infiltrate them so that the intel they gain can be used against the Hero society. This plan backfired as the commission tried to ambush the villain in which the President of the Public Safety Commission lost her life. 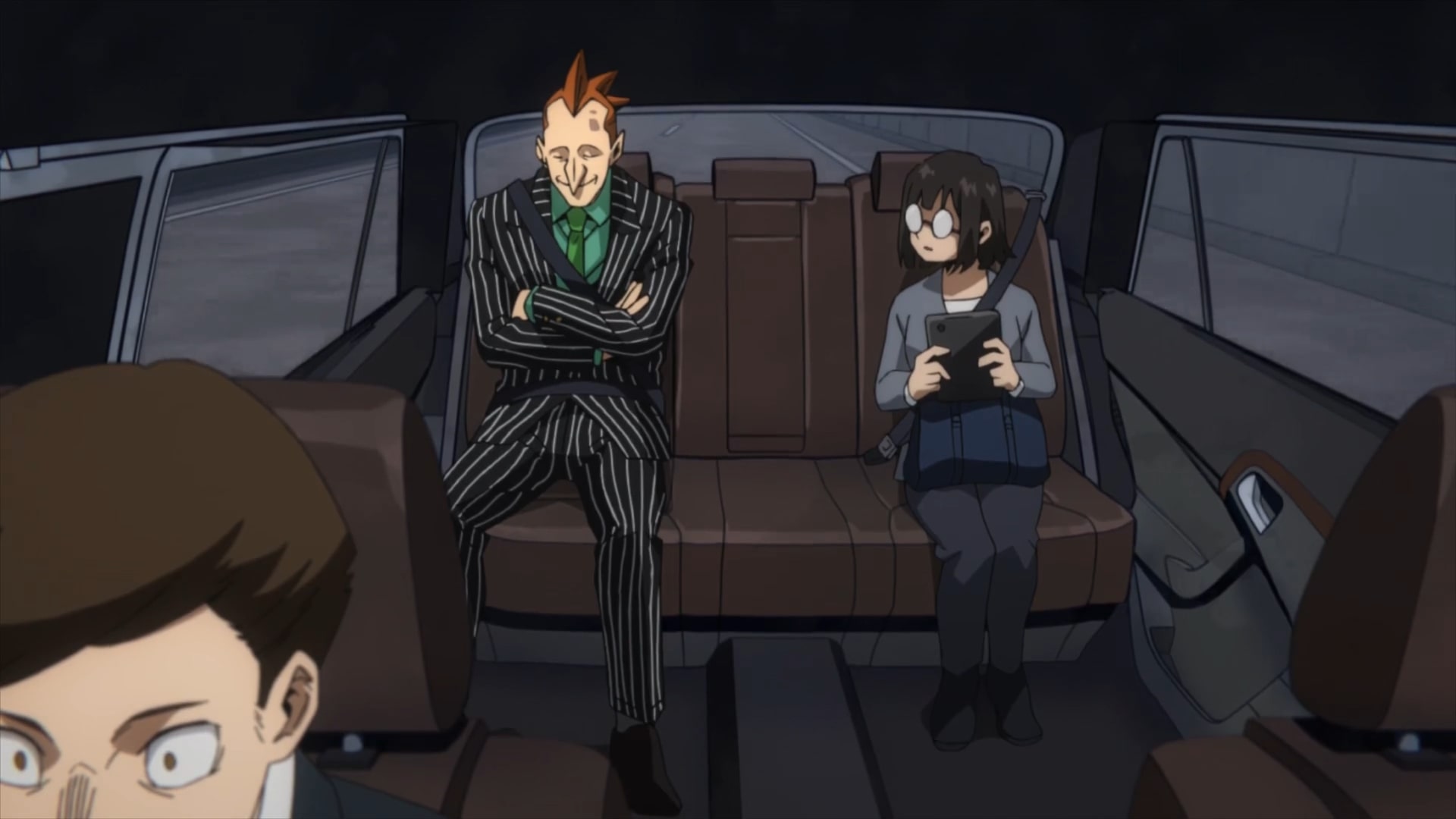 While the unexpected death was a serious blow to the invasion plans, the heroes still decided to go ahead with the dangerous operation. When the invasion began in the Jaku Hospital, heroes were forced to wage war by the Nomus there. Despite the unexpected attack, Mirko focused on her goal and managed to corner Garaki in his underground lab. While she successfully broke the device that was being used to transform Shigaraki, the villain eventually managed to come back to life thanks to his strong willpower and All for One.

In the Gunga Mountain Villa, the heroes quickly managed to corner the villains and it seemed like they have gained an upper-hand. But things changed dramatically following the arrival Dabi and Gigantomachia who turned the tables on the heroes and caused unimaginable destruction. After a long battle in Jaku city, Shigaraki escaped thanks to One for All’s help. However, in the brief encounter with the villain, Deku felt that Shigaraki was asking for his help.

In the aftermath of the Jaku Hospital And Gunga Mountain Villa invasion, the heroes, police, and healthcare workers cooperate to take cognizance of the present situation and offer their help to those who need it. It is clear that the Pro-Heroes have suffered immensely and a lot of civilians have also lost their lives because of the destruction of Jaku City. 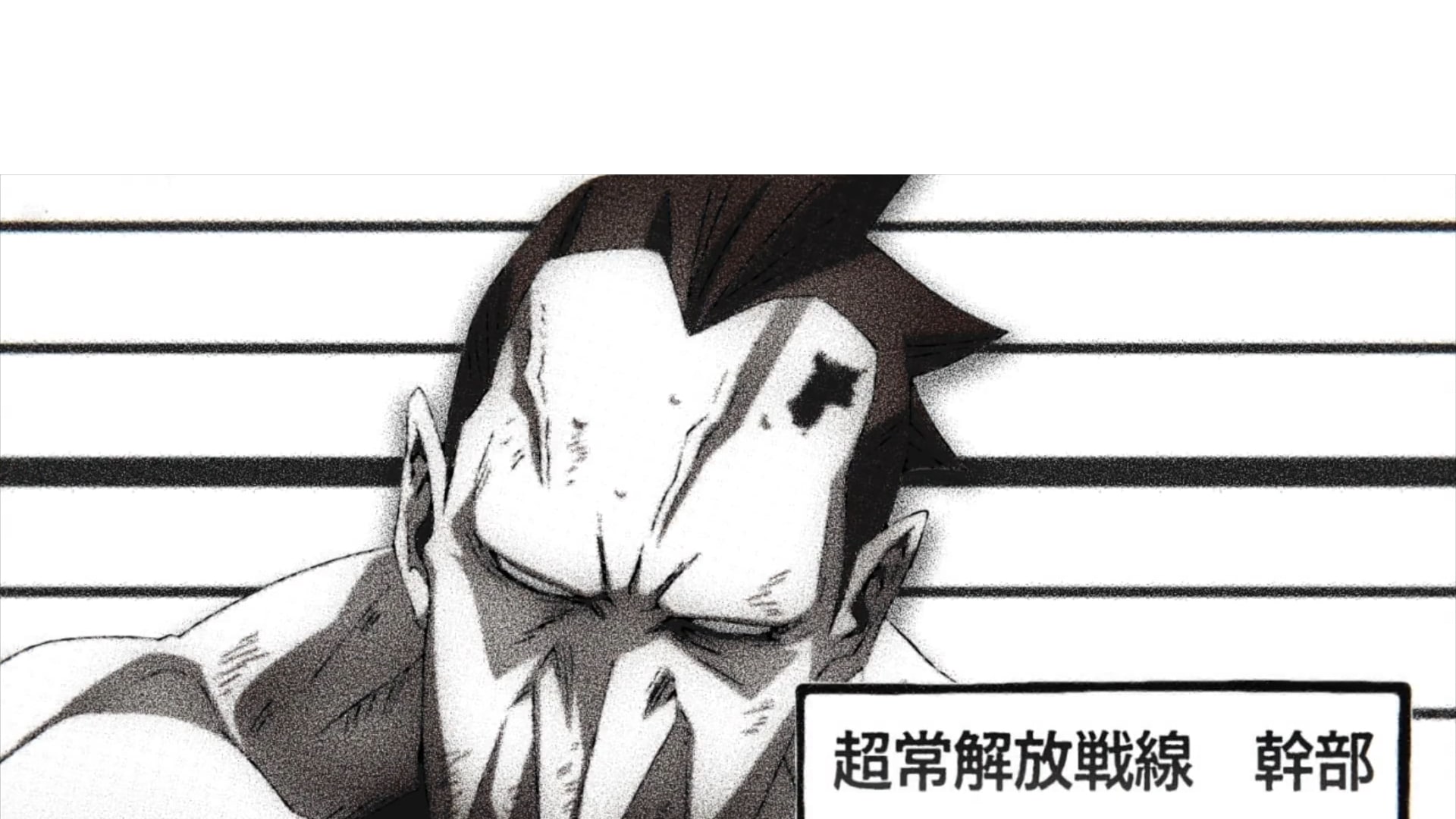 However, there are certainly a lot of positives too that the heroes can count on in their operation. While things do not go as smoothly as planned, Garaki was arrested on charges of corpse disposal, illegal construction, abetted murders, abusing the confidential data of patients, and illegal use of quirks. Atsuhiro Saku a.k.a Mr. Compress was also apprehended along with Gigantomachia.

Near the Gunga Mountain Villa, the Paranormal Liberation Front Lieutenant Re-Destro, Geten, and Hanabata Koku were also caught. Of all the Paranormal Liberation members that joined the assembly in the region, 16,929 were also arrested and put in jail. 132 members who managed to escape and go into hiding were then hunted relentlessly by the Pro Heroes with the help of the police.

After the invasion of the Gunga Mountain Villa was finally over, the interns from the U.A High learn a shocking truth. Although Midnight has been communicating with them just a few minutes before, she was no longer alive. She has put herself on the line to stop Gigatomachia and eventually lost the battle for her life after the League of the Villain members managed to escape unharmed from her grip. 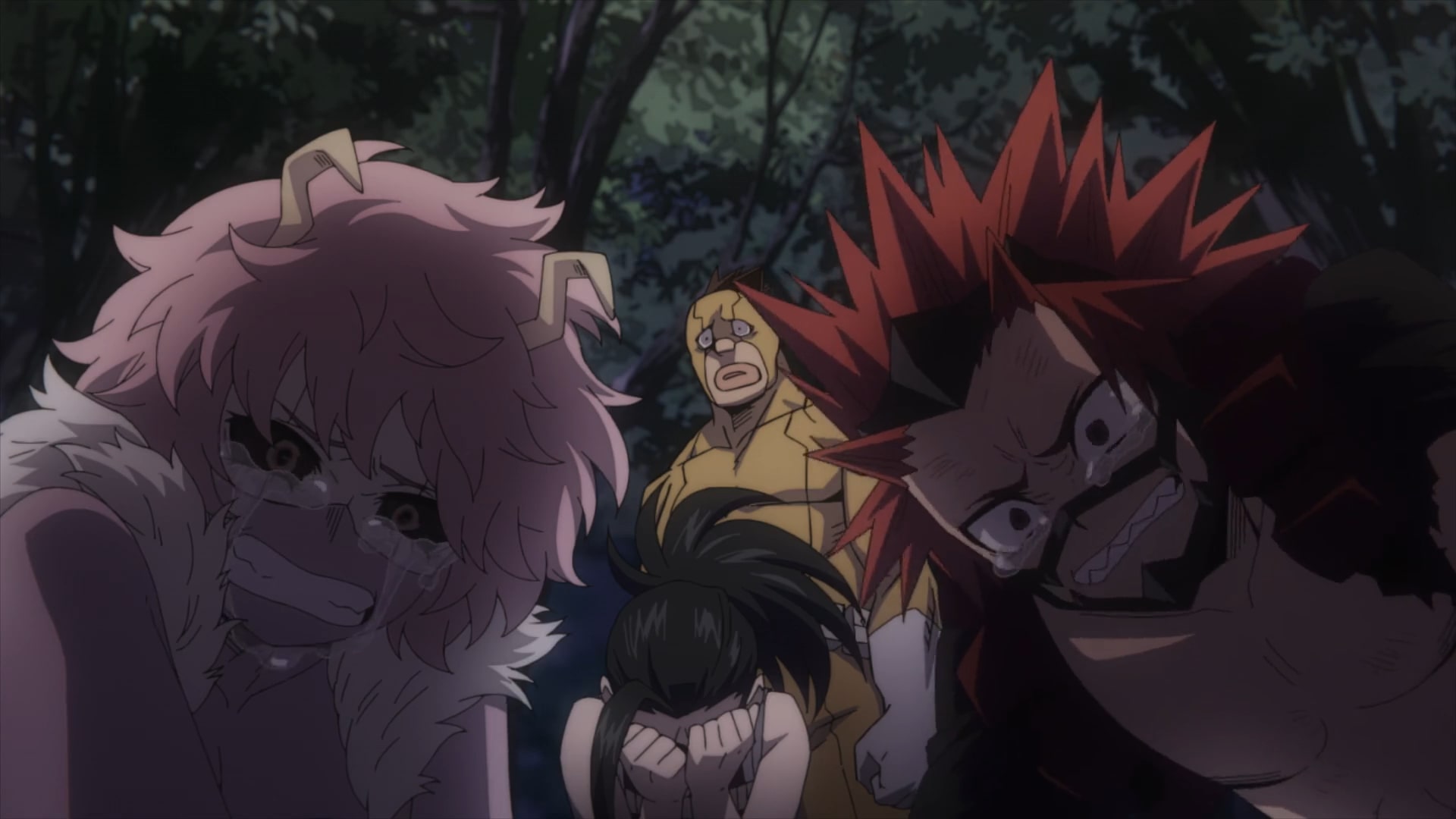 While the students are mourning her death, they learn that Majestic has also died. The crushing reality of losing them is too big and Minoru even refuses to accept that this is even possible. Unfortunately, Majestic and Midnight are not the only Pro Heroes who died fighting the Paranormal Liberation Front as Crust, Native, and X-Less also lose their lives for the greater good.

What Did Official Reports Say About the Battle With Paranormal Liberation Front? How Did the Unexpected War Shaped the Public Perception of Hero Society?

Following the Jaku Hospital and Gunga Mountain Villa Invasion, an official report was prepared on the Paranormal Liberation Front and the surprise operation. There were several eyewitness accounts of the interns getting involved in the battle but the official report dismissed all such claims. However, Shigaraki unleashing the decay quirk had a disastrous effect, which was then made worse by Gigatomachia’s indiscriminate rampage. 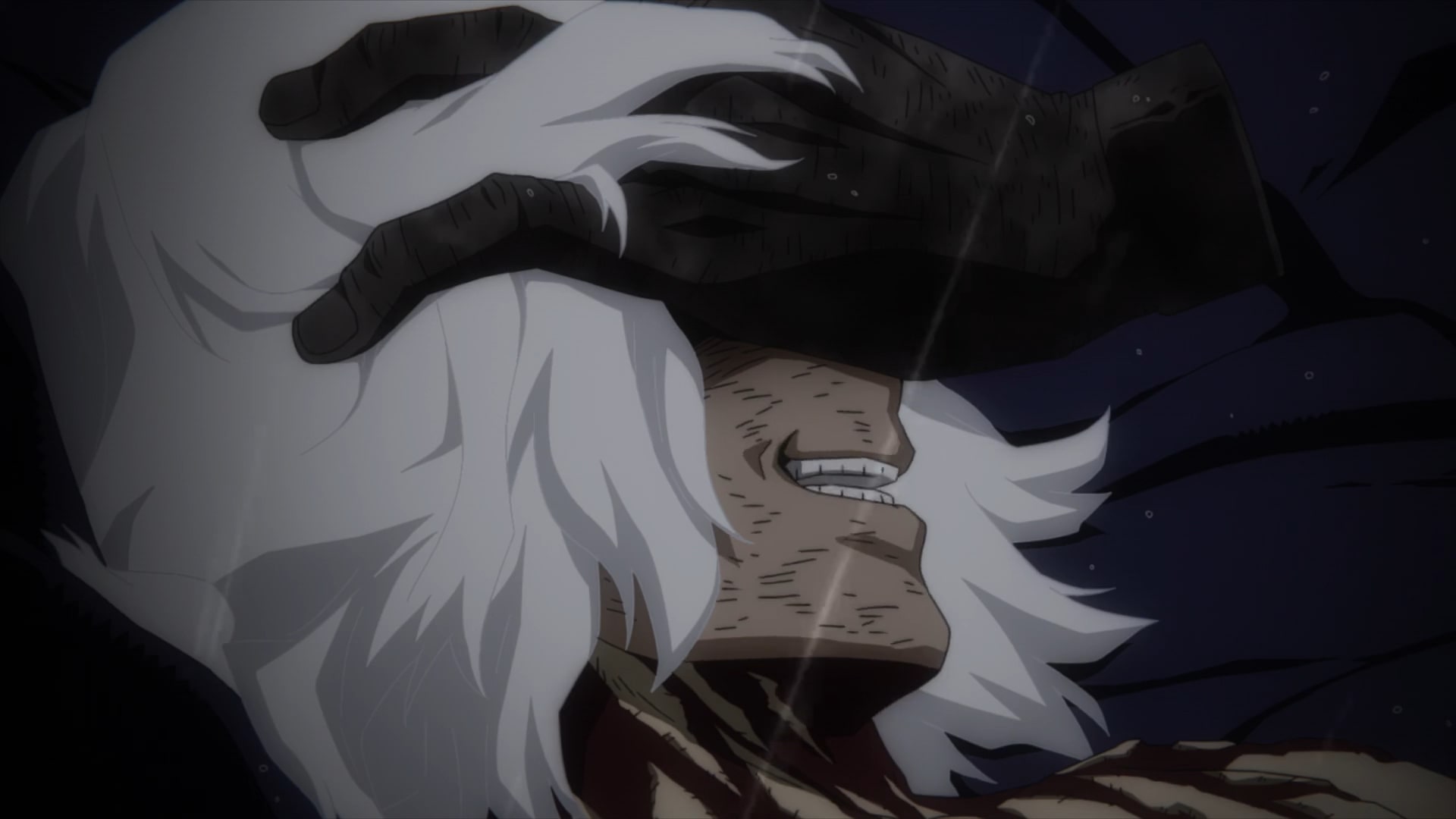 As Jaku city fell to its knees, thousands of people were trapped in the debris. So, it’s not surprising that public morale was at an all-time low. Furthermore, the trust in the heroes also dwindled in light of the Dabi’s shocking revelations. With the villains planning to attack very soon, it will be an uphill struggle for the heroes from now on to restore peace and order all the while trying to regain public trust.