Will There be a My Lottery Dream Home Season 9? 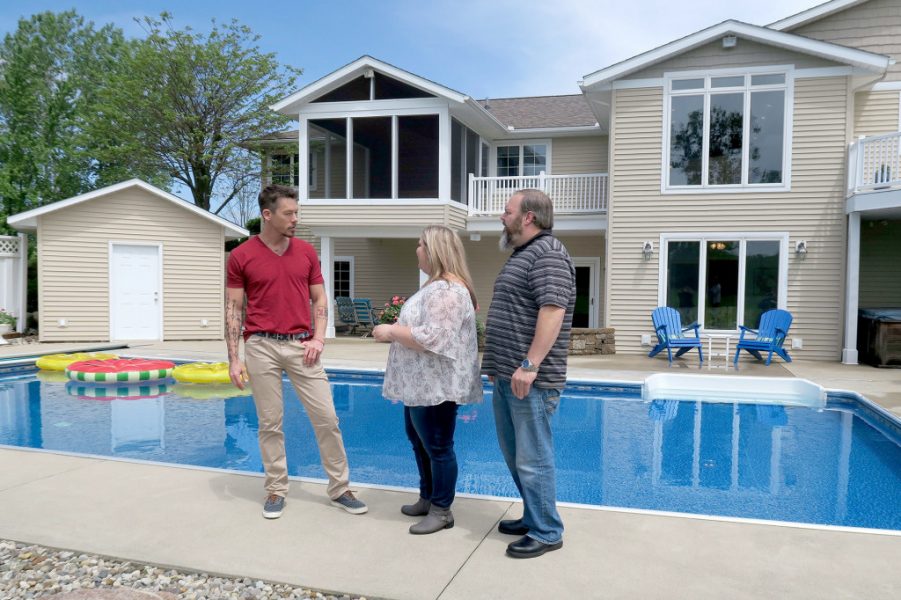 HGTV hits the nail directly on the head when it comes to bringing house-hunting and real estate to television. As for the former, the network practically invented the genre as it is in its current form. You can find about five or six back-to-back shows with the same formula and content: upper-middle-class average Joe goes looking for a midwestern vila with their own caveats and conditions. Chances are, you will see the same shows go into their eleventh or twelfth season half a year later, and then you will see new shows introduced to the showreel that clones the already extant shows.

One of the many downsides is that it encourages an incredibly stale and static production regimen. But the viewership for a show in this vein usually does not decline for a long time once it picks up, which proves that some of us do enjoy these. ‘My Lottery Dream Home’ is another addition into the fray – which, to be sure, shares all the fundamental problems of the genre (including most of it being staged), but it does introduce a different premise that changes some major aspects: instead of white-collar couples from posh backgrounds, the participants of this show are lotto winners from all walks of life.

The show first premiered on March 7, 2015, and was followed by eight more seasons. Now the question is, will there be a ‘My Lottery Dream Home’ Season 9? Let’s find out.

My Lottery Dream Home Season 9 Release Date: When Will it Premiere?

HGTV is yet to announce if the show has been renewed for another season. But over the seasons, the series has garnered a loyal, dedicated fanbase. Hence, the channel should greenlight it for its next edition in the coming months. Usually, HGTV releases 2-3 seasons of the show each year. But considering the ongoing COVID-19 pandemic, we expect some delays with the filming for its ninth installment. If renewed, we can expect ‘My Lottery Dream Home’ season 9 to premiere sometime in 2021.

Usually, shows like these have a very small central cast, often even a one-man show. ‘My Lottery Dream Home’ does not deviate from the norm here, as the only cast to speak of (other than the participants) is the host, David Bromstead. Now a fairly well-known TV personality, David’s designing career has deep ties to HGTV – he was the first winner in the debut season of HGTV Design Stars. After championing the competition in 2006, David got his own show on the network the very next year (Colour Splash: Miami; erstwhile Colour Splash).

Although he does not have any major gigs to speak of outside his HGTV pedigree, his excellent hosting has already cemented his position in ‘My Lottery Dream Home’, and we will definitely be seeing him back at the helm on the ninth season.

What Can My Lottery Dream Home Season 9 be About?

Structure-wise, ‘My Lottery Dream Home’ is nothing so different from the dozen-a-dime house-hunting and flipping shows on HGTV that seem to spring a new clone every other month. These are all a byte-sized 20-minutes of running time, have a minimalist approach to casting, and are extremely prolific – we are talking 3 seasons a year level of prolific. However, this shouldn’t necessarily throw the show into a negative light. On the contrary, ‘My Lottery Dream Home’ is a particularly enjoyable show – something which most ‘House Hunters’ spawns could not honestly boast about.

The episodes follow a similar formula to the letter: David Bromstead introduces us to the participant and the amount of money they have won recently in a lottery. They elucidate about the kind of house they want and Bromstead takes them to a few locations over a couple of days, from which they have to pick.

Season 8 of ‘My Lottery Dream Home’, just like its predecessors, follows David Bromstead as he travels across the country to guide his clients, who have instantly won a fortune, in finalizing their dream, fantasy homes. The properties featured across the episodes range from an “idyllic lake house in upstate New York to the quintessential “American dream” home in Columbus, Ohio.” David scours for properties that are packed with amenities and which meet every specification on the lottery winner’s wish list.

The show has some obligatory panoramic shots of scenic beaches and gated lake manors, but what makes it really great is its people. David Bromstead hosts in the fashion of a vlog, but even discounting him, the participants are without exception genuine and nice people. These are all middle-class folk who happened to have hit it big, but their humility and good humor is still a virtue closely-held – something most house-hunting show participants lack.

Season 9, as and when it happens, will follow the same premise and follow David as he helps a new bunch of lottery winners in finding their next luxe property.