My Next Guest Needs No Introduction With David Letterman Season 4: Everything We Know 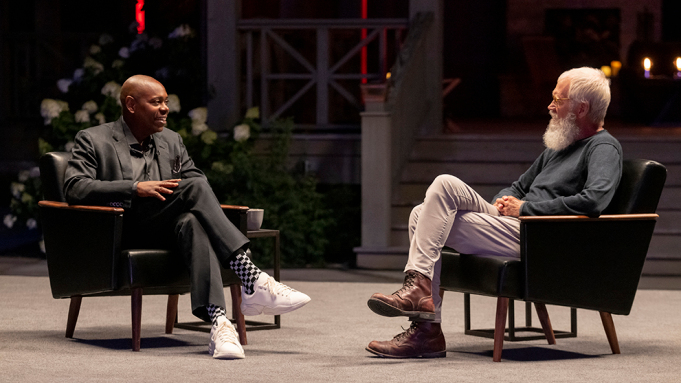 ‘My Next Guest Needs No Introduction with David Letterman,’ front-lined by the titular late-night TV icon, features the host engaging in detailed, eye-opening, and one-on-one conversations with leading legends. The talk show also throws the spotlight on trending, current events. Filmed both within and outside the studio, ‘My Next Guest’ has spawned three seasons to date, plus one special episode, with Bollywood star Shahrukh Khan. The series has earned praise for its format and has also been nominated for the Emmys. Let’s now get to the details of whether the show will spawn another season!

My Next Guest Needs No Introduction with David Letterman Season 4 Release Date:

‘My Next Guest Needs No Introduction with David Letterman’ season 3 premiered on October 21, 2020, on Netflix. All of its four episodes dropped on the same day on the platform. This Netflix original is one of the most successful shows on the streamer – owing to its star-studded guest panel and an equally engaging host. Additionally, it lends an immersive, revealing, never-seen-before look into the lives of the featured celebs.

Of course, fans cannot help but tune in to gather more insights into the life of their favorite icons. Therefore, it is almost a no-brainer that the series will be renewed again. If that happens soon, we can expect ‘My Next Guest Needs No Introduction with David Letterman’ season 4 to premiere sometime in 2021 – as the title has followed an annual release schedule since its original debut in January 2018.

The titular David Letterman is the host of ‘My Next Guest.’ He will undoubtedly be present in all the future iterations of the show. The writer, producer, and TV personality has presented late-night talk shows since 1982. Ranked among the 50 greatest TV stars of all time, Letterman’s production company, Worldwide Pants, has produced multiple award-winning prime-time comedies, including ‘Everybody Loves Raymond’.

Joining Letterman in each episode of ‘My Next Guest’ is a renowned celeb – with whom he holds a traditional interview, alongside exploring the highlighted star’s world. Some of the names featured in seasons 1 and 2 include Barack Obama, George Clooney, Malala Yousafzai, JAY-Z, Tina Fey, Howard Stern, Jerry Seinfeld, Kanye West, and Ellen DeGeneres, among others.

Season 3 of ‘My Next Guest’ follows Letterman’s discussions with four legends – entertainment mogul, Kim Kardashian West; comedic icon, Dave Chappelle; recording artist, Lizzo; and movie star, Robert Downey, Jr. In the episodes, we also get insights into police brutality at Chappelle’s Ohio farm, life inside a prison with Downey, Jr.; recording a song with Lizzo; and the rise to fame with Kardashian West. Although the names of the guests for season 4 have not been announced yet, we can expect a fresh roster of notable celebrities to grace Letterman’s studio in the upcoming iteration.