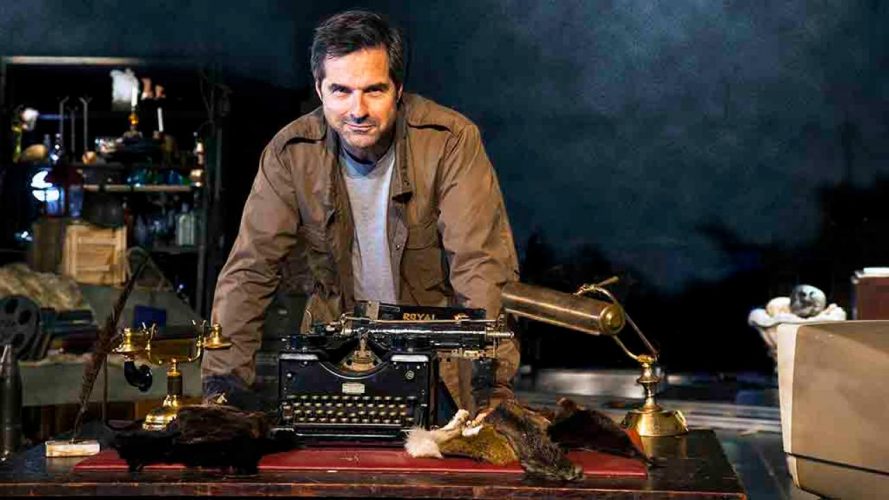 Mysteries at the Museum is a television series aired on the Travel Channel which features museums, monuments and throws light on the unexplainable stories behind unexplainable their origins. This successful series takes viewers on a tour of the different museums in America and examines the strange but captivating remainders of some of the notable events that have shaped American history. The show has gathered a rating of 8.2 out of 10 and has been liked by 95% Google viewers. It has released 273 episodes so far spread across 21 seasons, each episode having a run time of one hour. The show was first aired on November 2, 2010. The air date of the last episode of season 21 is October 10, 2018. Optomen Production is the production company behind making this series a reality and David Gerber, Nicola Moody and Dominic Stobart are the executive producers of the show. The series has also been airing specials alongside since 2012 wherein Don Wildman is seen making personal visits to the various sites to views artefacts and discuss them in-depth.

Mysteries at the Museum Season 21 Cast: Who is in it?

Mysteries at the Museum Season 21 Plot: What is it about?

The series focuses on spectacular monuments that are bound by hidden mysteries. Some of these involve tales of New York’s iconic Chrysler building which was once the site of a stunning display of architectural chicanery and the huge clock on the Hawaii Island, amongst others. The series also includes visits to statuses, memorials, national parks and sculptures which are a testimony to the most scandalous crimes, disasters and events on the sands of times.

In the series, one gets to witness the exploration of different museums in the many parts of America while an array of enchanting objects is displayed. Don Wildman takes viewers to the Capone Haunted cell, which is about the death cast of Cheng and Eng, tells them about the Area 51 Plane Crash, explains the death of Marilyn Monroe, takes a look at a lifeboat that survived a hijacking and a damaged aeroplane linked to some bizarre ghost sights, and many such fascinating stories that will leave the viewer bewildered.

Mysteries at the Museum Season 22 Release Date: When will it premiere?

Mysteries at the Museum has completed 21 seasons in a time span of eight years. Up to three installments of the series are aired every year. Keeping that in mind, it is no surprise that Mysteries at the Museum will be back with a season 22 sooner than you might expect. Once again, extraordinary artefacts housed in the reputed, historical museums of America will be laid bare before the audience of the show as the secrets and amazing tales behind them will be explored. Other aspects that the series will touch upon are America’s scandals, its mysterious murder and other intriguing, wondrous chapters in its history. With the help of archival footage, comprehensive interviews and re-enactments, Don Wildman will proceed to uncover the truths each of these bizarre treasures hide in their folds.

Mysteries at the Museum Season 21 Trailer

Watch one of its intriguing episodes below, and you will find yourself lost in the depths of its charm. Enjoy!