When Does Mysteries of The Abandoned Season 7 Premiere? 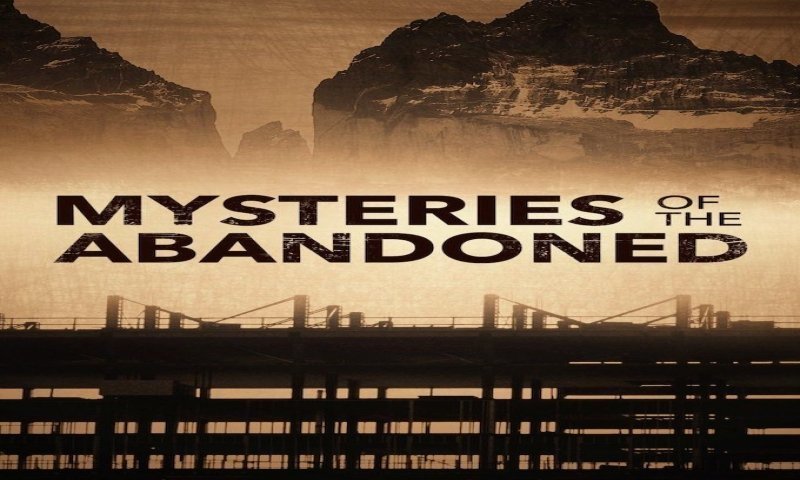 ‘Mysteries of the Abandoned’ is a non-fiction show which premiered on April 21, 2017, on the Science Channel. The show is about ancient abandoned buildings and the in-depth observation and exploration of such structures. This exploration, in turn, shows the viewers the latest scenarios in which these buildings are still proving themselves essential for humankind. Empty factories and decayed cities are the focus of the show. While there are mighty structures that stand as a testament to engineering, many pose a potential threat to mankind as well.

People who find tales about historical places and monuments fascinating are definitely vested in the series, because of which it has spanned six remarkable seasons to date. Let us now dive into the details of ‘Mysteries of the Abandoned’ Season 7.

‘Mysteries of the Abandoned’ Season 6 premiered on Thursday, March 26, 2020, at 9 pm ET/PT on Science Channel with a special two-hour episode called ‘The World’s Strangest Disaster Zones’. It ended with its eighth episode on May 14, 2020. Since the show happens to be one of the staple titles on Science, it was soon greenlit for a new installment. ‘Mysteries of the Abandoned’ season 7 will premiere on December 3, 2020!

Mysteries of The Abandoned Season 7 Cast: Who Can be in it?

The core team member who appears in the show is Kasper Michaels, who takes over the role of the narrator. Other experts who appear are the space physicist Dr. Martin Archer, structural engineer Roma Agarwal who has expertise in studying ancient structures, and Andrew Gough who is a historian and an author.

Other experts who are part of the show are in no way less important than the ones mentioned above. They include Saul David, military historian, and author; Lucie Green, solar physicist, and Professor Andrew Lambert, a naval historian. All team members are integral to the running of the show and most of them should be back in the upcoming season.

What Can Mysteries of The Abandoned Season 7 be About?

‘Mysteries of The Abandoned’ features empty factories, decaying cities that once stood on the most advanced stages of construction and design, and underwent the test of time. Among the fascinating architectural structures the show has featured, there is the Old Croton Aqueduct, which was constructed in 1842 and served as a facility for drinking water in New York City. The facility was established to provide the citizens with a continuous supply of fresh water.

Places in rural Georgia, e.g. Central State Hospital are visited and explored with nitpicking details. Currently, abandoned the hospital occupies an area of 2,000 acres. While all these places are being explored, the ocean cannot remain unexplored. Keeping this in mind the show’s creators take us to the bottom of the Atlantic Ocean. Viewers get a glimpse of the Irish coast where a British ship drowned while making a shipment for the allied forces.

Detroit, the city which is synonymous with industries, is shown in an era of decay when the series takes us inside the Packard Automotive Plant which was opened in 1911. Beelitz Heilstatten, the abandoned hospital complex where Hitler once underwent treatment, is also featured in the show.

The ruin of Sarajevo, the Winter Olympics facility for the players which was built in 1984 is explored in great detail. Some minor yet significant places where the show takes us have abandoned engineering projects, an eerie prison which is located underwater in the Soviet Union, and the Soviet Monolith. In another episode, the viewers are taken inside the Cold War military compound of Josip Broz Tito.

San Francisco’s Sutro Baths and the unfinished Deutsches Stadion (whose construction was started by Hitler) are also featured in the series. Pablo Escobar, the infamous drug lord, was imprisoned inside a high-security prison called La Catedral. The building’s exploration leads to new discoveries, which give us proper insight into the time he spent while he was there. A creepy tunnel situated underneath Paris is analyzed, which leads to shocking revelations about its construction and abandonment. The details of how these architectural marvels were built, lost, and discovered are discussed by the narrator.

Season 6 features sites that had been stricken by disasters, such as a deserted Caribbean city, buried Indonesian villages, Taiwanese temples now in rubbles, an American ghost-town, and an untamed region in Africa. There is this area on the east coast of Japan that is currently in partial lockdown. Again, in the Arctic Circle, we see a spot that is the fastest-heating place on earth. Season 7 will follow the same format and continue to throw the spotlight on a bunch of new, unexplored architectural marvels, which are currently in ruins.