Mysteries of The Deep: Everything We Know 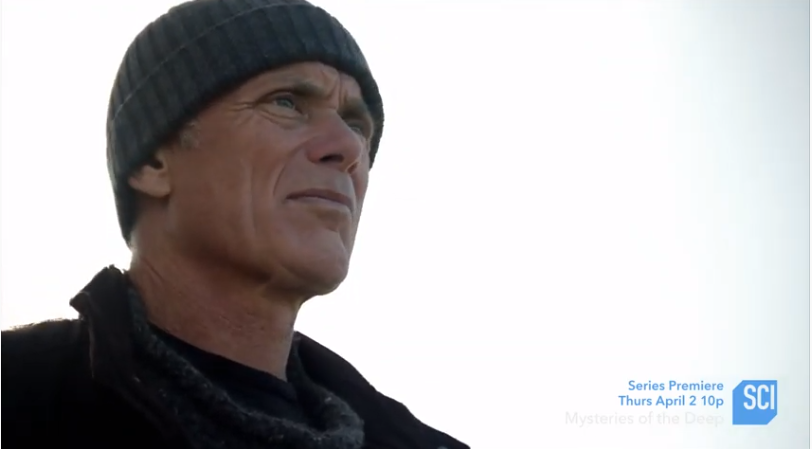 Our planet’s oceans hold some of the most baffling mysteries in its depths. We have heard of ships vanishing without a trace, unsolved water anomalies, and a virus that somehow appeared on Florida’s coastline. In an attempt to shed more light on these puzzling riddles, Discovery Channel launched ‘Mysteries of the Deep’. Here, an expert host scours for answers to bewildering underwater enigmas that have plagued science, history, and mankind from ages. Read on to find out more about this intriguing documentary.

Mysteries of The Deep Season 1 Release Date: When Will it Premiere?

‘Mysteries of the Deep’ season 1 premieres on May 27, 2020, on Discovery Channel at 10 pm ET/PT. Following its launch, new episodes will drop every Wednesday at the same time slot.

Mysteries of The Deep Host

‘Mysteries of the Deep’ is hosted by Jeremy Wade. The aquatic explorer and tv presenter is also an author of books on angling. He is additionally a biologist and is best known for his appearances in other documentary shows such as ‘River Monsters’ and ‘Dark Waters’. Wade’s other notable tv credits are ‘Jungle Hooks’ and ‘Mighty Rivers’.

What is Mysteries of The Deep About?

‘Mysteries of the Deep’, as the name suggests, attempts to give answers to strange happenings within the darkest depths of the ocean. With 3/4ths of the earth covered with water, the deep-sea is still an unexplored and dangerous territory. It can easily engulf any remaining shreds of evidence, thereby, making the unknown normal. But host Jeremy Wade, against all odds, embarks on the biggest adventure yet. He wants answers and stops at nothing until he gets them.

Each week, Wade uses the power of science and fascinating archived footage to tackle baffling mysteries. He also takes the help of accounts from eyewitness and expert analysis in his research. After all, when there is enough willpower, nothing is off-limits, even if the topic in hand is weird and unbelievable. Across the episodes, we follow Wade as he searches for lost treasure, missing ships and planes, and strange ocean bed anomalies.

In one episode, the show examines how a man managed to survive even after being trapped for three days in a shipwreck at the bottom of the ocean. Another subject covered in the series is the gruesome discoveries in British Columbia, which Wade attempts to solve using clues and the latest techniques in marine forensics. We also learn about a revolutionary new technique that might help in establishing the existence of the fabled Loch Ness Monster. This creature has puzzled people for years and now, with new sightings and state-of-the-art science we may get to know the secrets behind its existence.

Mysteries of The Deep Trailer

Check out the official trailer for season 1 below: