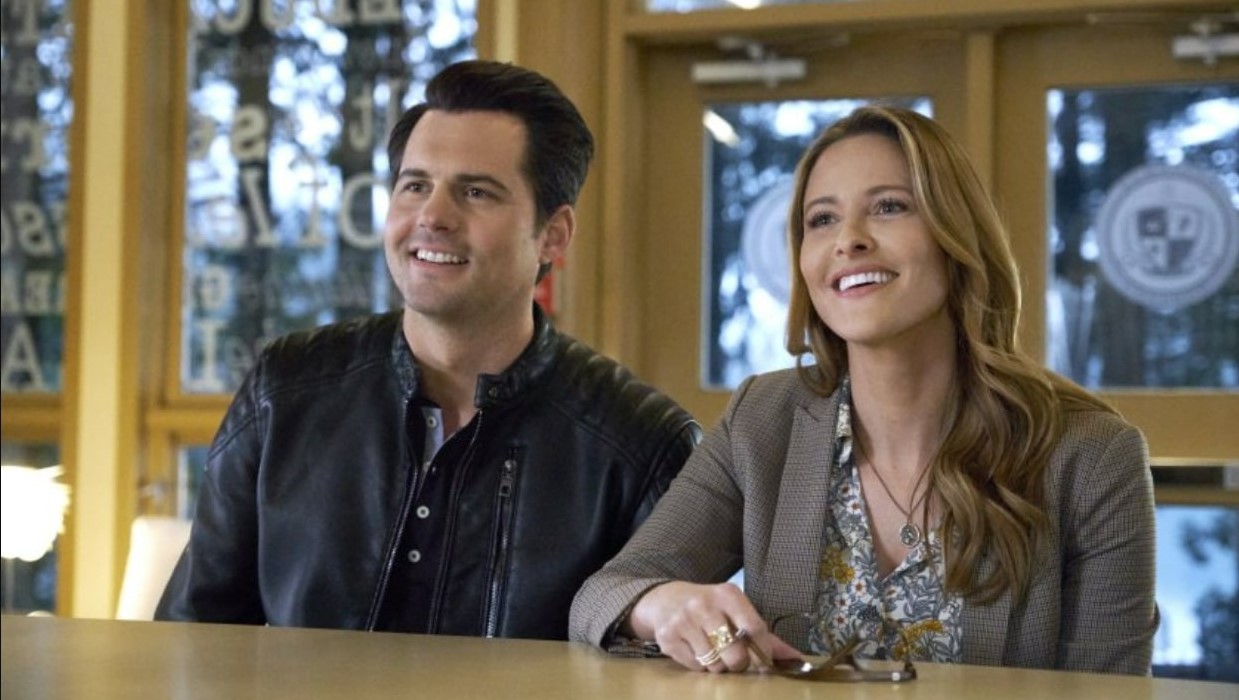 Created by Robin Bernheim and Lee Goldberg, ‘Mystery 101’ is a series of mystery TV movies that follow Amy Winslow (Jill Wagner), a literature professor specializing in mystery fiction, and detective Travis Burke (Kristoffer Polaha) as they solve crimes together in the small town of Garrison in the Pacific Northwest with occasional assistance from Amy’s father Graham (Robin Thomas), a bestselling crime novelist.

In the seventh part, titled ‘Mystery 101: Deadly History,’ the duo investigates the disappearance of Amy’s uncle Alastair, who held substantial information on a possible murder that took place 50 years ago. If you haven’t watched it, check out the recap for more details. Now, here is everything you need to know about ‘Mystery 101’ episode 8!

The network is yet to announce the premiere date for the eighth installment in the ‘Mystery 101’ television movie series. Going by its regular release pattern, ‘Mystery 101’ episode 8 is expected to release sometime in late August or early September 2021. It might land on a Sunday at 8 or 9 pm ET on Hallmark Movies & Mysteries Channel.

Where to Watch Mystery 101 Episode 8 Online?

You can watch the eighth installment of ‘Mystery 101’ on Hallmark Movies & Mysteries as and when it airs on the network, provided you have a valid cable connection. You can additionally select ‘Watch Live Now’ in the Movies and Mysteries section of Hallmark’s official website to watch it live. You can also perhaps stream it later on the movies section on Hallmark Movies & Mysteries right after its release on television. Live-streaming options are available online on DirecTV, Fubo TV, Sling TV, and Philo TV. Other options include watching the movie series on Apple TV, iTunes, and Amazon Prime Video.

In the eighth installment of the ‘Mystery 101’ franchise, Amy will be engaged, and shockingly, not to Travis. This will also pave the way for the next mystery they’re about to solve. When Amy and Travis run into each other for their next investigation, things will get awkward because Travis will be assigned to look into the potential murder of her fiancé.

‘Mystery 101: Deadly History’ or the seventh installment in the ‘Mystery 101’ film series, takes place after the events of ‘Mystery 101: Killer Timing,’ the sixth movie in the franchise. It revolves around Amy Winslow, Travis Burke, and Graham Winslow as they travel to Ithaca, New York, to investigate a case related to the disappearance of a history professor working at a local college.

The missing person, named Alastair, is actually Amy’s uncle, who had been researching the 50-year-old possible murder of an important family heir. Amy and Travis then team up with the local Sheriff to work their way through a series of countless clues and suspects, three of which include a man who is an outlier of sorts, a sarcastic corporate CEO, and Alastair’s wife, who is a literature professor with a penchant for crime fiction.

Apart from the investigation, Amy and Travis finally confess that they love each other. With every episode, Travis is getting closer to the Winslow family, especially Graham, whom he has started to treat as his own father. In ‘Mystery 101: Killer Timing,’ they have a conversation about marriage, implying that Amy and Travis might soon tie the knot. However, at the ending of the seventh part, we jump 11 months into the future, where Amy is shown to be engaged to another man.