Mystery Road Season 3: Everything We Know 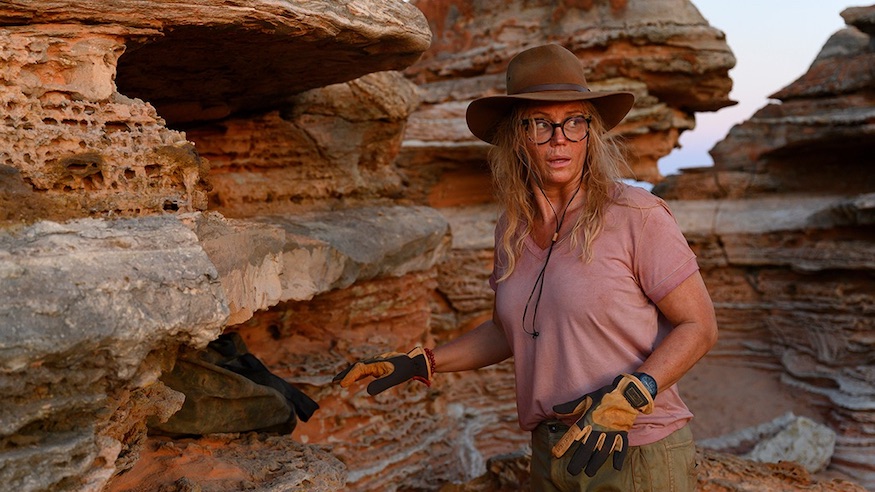 Acorn TV’s ‘Mystery Road’ is a superhit neo-Western crime drama that has been branded as Australia’s answer to ‘True Detective’. In its home territory, the show airs on ABC TV. The racy thriller brings forth fresh indigenous Australian perspectives, which prove that the region has finally started embracing its glorious past. The multiple award-winning series is additionally noted for its riveting suspense, spectacular cinematography, and a stellar cast. Filmed in some of the remotest sites, ‘Mystery Road’ is a visual treat. No wonder, both of its released seasons have opened to rave reviews. And here is everything you need to know about its third edition.

The series was voted as the ‘Most Popular Drama’ at the 2019 TV Week Logie Awards. It has also won five AACTA Awards and accolades from the Australian Directors Guild and the Australian Writers’ Guild. In terms of content, the show’s format allows the writers to come up with multiple storylines. After all, each season comprises standalone cases that reach a conclusive end in the finale. Therefore, considering the above factors, we are highly optimistic that the news of renewal will be announced soon. If that happens in the next couple of months, we can expect ‘Mystery Road’ season 3 to premiere sometime in 2022.

Mystery Road Season 3 Cast: Who Can be in it?

Aaron Pedersen, the winner of the Best Actor award by the Australian Film Critics Association, essays the role of the protagonist — a harsh yet dedicated indigenous homicide detective Jay Swan. In season 2, Jay teams up with Fran Davis (Jada Alberts), a rookie constable who is deeply connected to the community. Playing the role of a Swedish archaeologist, Sandra Elmquist is Sofia Helin. We also meet Jay’s ex-wife Mary (Tasma Walton) who is involved with a retired cop, Simon (Callan Mulvey).

Appearing in supporting roles are Mark Mitchinson, Rob Collins, Tasia Zalar as Shevorne Shields, Stan Yarramunua, Ursula Yovich, and Joel Jackson. Season 3 will see the return of Pedersen as the lead character. However, the rest of the cast might undergo a change. We will update this section as and when we learn more.

Mystery Road Season 3 Plot: What Can it be About?

Created as a spin-off to Ivan Sen’s internationally acclaimed and award-winning films ‘Mystery Road’ and ‘Goldstone’, ‘Mystery Road’ follows detective Jay Swan as he teams up with his sidekick to solve mysteries in the Outback. In season 2, Swan reaches the coastal town of Gideon, to investigate a murder that leads to a drug trafficking ring. However, his investigation faces a roadblock when he meets a Swedish archaeologist who wants to discover long-lost cultural artifacts.

But the natives do not want an outsider to dig up their land and rewrite history. In the midst of the chaos, Jay has to expose the sinister web of corruption as the body count multiplies. With season 2 neatly wrapping up the grisly mystery, season 3 will take up another case, to be tackled by Jay Swan and his dedicated team.