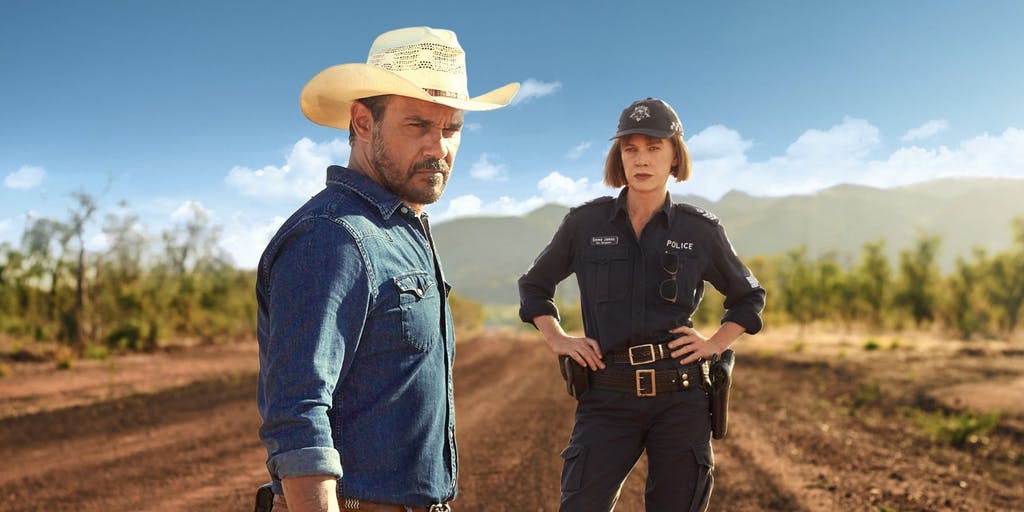 ‘Mystery Road’ is an Australian thriller crime series that airs on ABC and first released on 3 June 2018. The series takes its plot from Ivan Sen’s films Mystery Road and Goldstone. The show has been written by Michaeley O’Brien, Steven McGregor, Kodie Bedford and Tim Lee and is directed by Rachel Perkins. It has been filmed on Miriuwung, Gajerrong, and Balanggarra Aboriginal land.

The story follows Detective Jay Swan, who is assigned to investigate the mysterious disappearance of two infantile men on an Australia Outback cattle station. The unanticipated visitors are source of panic inside the community, while the enigmatic puzzle of the missing men gets deeper.

The critical replication to the program has been very good. The critics seem to be in awe of the show saying that the series does a good enough job living up to its name. The reaction have been effusive praise like “Mystery Road is ultimately one tense police drama that will send you to the edges of your seat” to praising the director “Rachel Perkins is a sure directorial hand, who proved her chops way back in Radiance (1998), but the show cleans up the messier edges that held the power in the original film and Goldstone” and also the fact that the show gives voice to Indigenous community “Between the landscape as a protagonist and the explorations of community relations in small towns, Mystery Road reminds us of the distinct voice Indigenous creative’s can bring to visual storytelling”.

Mystery Road Cast: Who’s in it?

If and season 2 happens, the two leads Aaron Pedersen and Judy Davis are expected to make a return to the show.

Mystery Road  Plot: What is it about?

When there is a mysterious disappearance on an outback cattle station, Detective Jay Swan is assigned to investigate, working alongside local cop Emma James. Two unannounced visitors in town cause chaos for Jay and Emma as they try to uncover what happened to the two missing young men, Marley and Reese: one a local indigenous football hero and the other, a backpacker.

As time runs out to find the missing boys, pressure mounts on Shevorne to reveal what she knows. When one of the boys, Marley, safely returns home it brings relief to the community,  but where people wonder where is Reese? And what is Marley hiding? A murder sends Jay on a desperate journey to clear Marley’s name before it’s too late, which leads Emma to uncover a far greater crime. In a race against time, Jay and Emma have to prove who really committed the murder…or Marley will be jailed for the crime.

If another season is commissioned, it will most likely follow another mystery, murder or disappearance.

As far as the next season goes, we don’t have an official announcement yet. Though considering the popularity of the show, we would be surprised if it doesn’t get another season. Our best guess is that if the show does get renewed, Mystery Road season 2 can release sometime in June, 2020. We will update this section as soon as we hear more.

While we wait for an update on season 2, check out the season 1 trailer to refresh your memories. If you haven’t seen the show yet head over to ABC to catch all the episodes of the previous seasons.