Will There be a Mystery Science Theater 3000 Season 13? 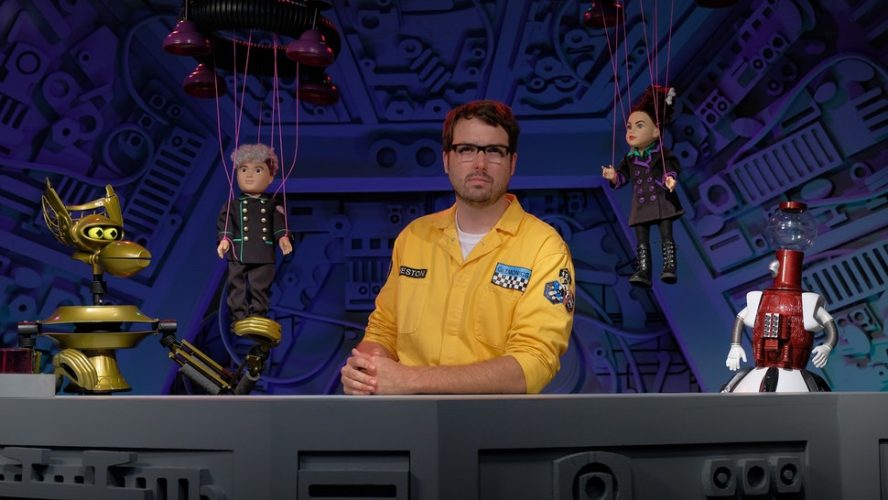 Though the show’s original run did not attract many viewers, its popularity increased over the internet by word-of-mouth, creating a huge fan base called MSTies, or Mysties. MST3K was shortlisted for ‘100 Best TV Shows of ALL-TIMES’ in Time Magazine in 2007. In 1993, the show won the Peabody Award. It was also nominated for an Emmy Award twice, in 1994 and 1995. The series has become highly influential in bringing to people’s attention the most ignored movies and contributing to the practice of social television.

MST3K, after it completed airing its 10th season finale in 1999 on The Sci-Fi Channel, was picked up by Netflix, where it debuted in 2017 and was titled: MSTK: The Return. It was renewed again for another season which premiered in 2018. Now the question is, will there be a ‘Mystery Science Theater 3000’ season 13 or ‘Mystery Science Theater 3000: The Return’ season 3? Let’s find out.

Now, as far as another season goes, here’s the thing. MST3K is not getting another season on Netflix. Creator Joel Hodgson confirmed the news saying, “As some of you might have guessed, we won’t be making new seasons of the show for Netflix. However, I want you to know that we’ve had a wonderful time working with the Netflix team, and will always be grateful to them. After all, they gave us the opportunity to spend the past few years aboard the Satellite of Love, and made it possible for new generations to discover the joys of riffing cheesy movies with your friends.”

But to infuse some positivity, he also stated, “I couldn’t be more grateful or proud to our incredible cast and our wonderful crew for bringing this incarnation of the show to life, and hope that we’ll get the chance to continue collaborating on MST3K as we enter our next chapter.”

Hence, currently, ‘Mystery Science Theater 3000’ season 13 or MST3K: The Return season 3 is officially canceled on Netflix. But we hope that the show will find its new home in other streaming networks. Because Hogdson is quite positive that the series will make a comeback, but in another platform. He said: “Now, I know you might have questions about the future of Mystery Science Theater, but as you’ve seen over the last four years, we are just as dedicated to keeping MST3K alive as ever. And I want to remind you that there are still lots of options for us to explore in the years to come. This isn’t our first rodeo! So, while this might be the end of the first chapter of bringing back MST3K, don’t worry: it’s not the last chapter.”

Mystery Science Theater 3000 Plot: What is it about?

Since 1988, the format of Mystery Science Theater 3000 has been the same. We meet Jonah Heston, a janitor who gets trapped against his will in the Satellite of Love by two mad scientists and their Henchmen, who are collectively called as ‘The Mads’. He is forced to watch a number of bad movies, to observe which one will drive him insane.

With a wish to remain sane, Jonah engineers a series of sentient robots, with the help of the raw materials available on the satellite aboard, some of which are named as Crow T. Robot, Tom Servo, Gypsy, and Cambot, who are collectively called as the ‘Bots’. The bots give Joel company while watching the movies so as to keep him sane, by cracking jokes and commenting on the movie, a process known as ‘riffing’.

During each regular interval, the hosts are supposed to leave the theatre via six doors that work as the camera passes through them and comes back to the bridge to draw sketches regarding the film that is being watched. When the sketch is done, they have to re-enter the theatre upon the indication of the Movie Sign.

In the earlier times, the final sketch often included fan mail reading from the ‘MST3K Fan Club’. But when the show moved onto the Sci-Fi Channel, they completely cut it out. The episode ends with the Mads, where a transition from the end of the transmission to the credit sequencing happens by pushing the button. With the end of credits, a short funny clip is replayed from the presented movie – a stinger to end the episode.

Joel Hodgson, the creator of the show, shared his experience in an interview saying, “We just try to do our thing, we try to create a piece of derivative work that comes off the movie. We do our best each time. But then, it’s once the audience sees it, they’re the ones who figure out what are the great MST’s. We don’t know it while we’re making it. We’re just doing our very best. Then it’s the audience watching it, it’s the movie combined with where we’re at, at the time, the riffs and the sketches that they go ‘Oh you guys really landed it’. For example, for Season 11 everybody loves Cry Wilderness, that’s like everyone’s favorite, but we didn’t know it while we were making it. We just thought it was one of the fourteen episodes.”

You can check out the trailer for MST3K: The Return season 2, titled ‘Mystery Science Theater 3000: The Gauntlet’ below. If you have not watched the show way, you can catch the previous two seasons on Netflix.