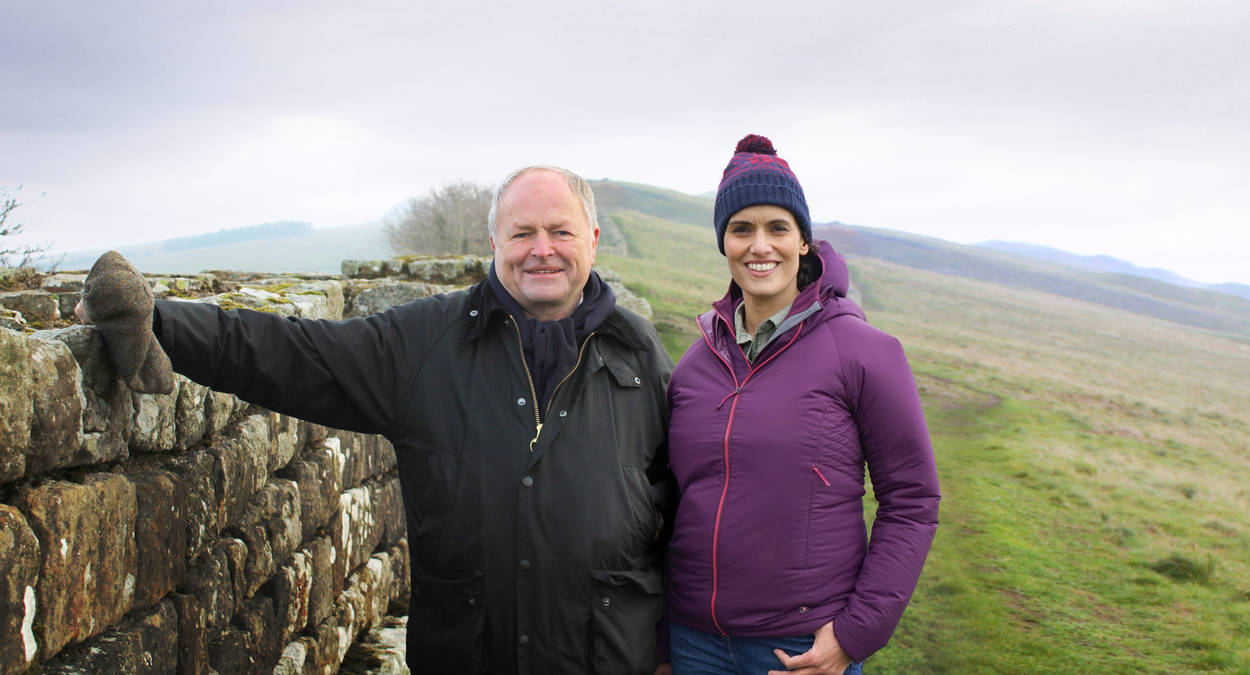 Smithsonian Channel’s ‘Mystic Britain’ is a historical documentary that explores Britain’s most mysterious sites, while throwing in doses of the supernatural and humor into the mix. The show narrates the genesis of this old civilization, which was also home to some of the strangest and bizarre rituals, events, and cultures. Highlighting the sacred locales, supernatural beliefs of the ancient Britons, their cryptic practices and obscure places, the series attempts to unveil the long-concealed secrets of the region’s ancestors. The creators believe that this, in turn, would help them to better understand man’s existence.

Mystic Britain Cast: Who is in it?

‘Mystic Britain‘ is headlined by TV and radio presenter Clive Anderson. Joining him across all the episodes is anthropologist Mary-Ann Ochota. The duo visits ancient sites and explores strange rituals in Britain, where they try to unearth the sacred myths and holy beliefs connected to the places — by holding discussions with credible scientists, archaeologists, and historians.

Clive and Mary-Ann are expected to return as hosts for season 2, if and when it happens.

Mystic Britain Plot: What is it about?

Created in the format of a historical road trip, ‘Mystic Britain’ takes viewers on a virtual ride across Britain’s most mysterious sites.  As each episode progresses, we witness a different locale, with Anderson and Ochota delving deep into the place’s ancient places and rituals. Combining wit with humor and facts, they try to explain what our ancestors did in the name of rituals and why.

Season 1 begins with a visit to the Church of St. Mary’s Troston, where the walls are engraved with demonic symbols from the medieval era. Ochota even tries to understand the mysteries behind spells and curses and concludes that demons were not exactly very sharp. On the other hand, Anderson attempts to understand why did people believe that demons actually walked on the planet before six centuries. Gradually, the duo unearths that these evil forces took human forms as witches. They also try to answer why people were so attracted to negative energies during those times. And if black magic really existed in that era.

In another episode, we witness The Rollright Stones — which has stones that are much older than those at Stonehenge and the Pyramids of Egypt. Since the last 6000 years, inhabitants of this area have believed that this place was the abode of witches, fairies, and druids. In order to discover the truth about its history, Ochota goes through some archaic records and witchcraft folklore while Anderson tries his hand at Dowsing and Druidic worship. We also meet a metal detectorist claiming to have discovered a burial ground that has many obscure artifacts.

The pair then lands at Hadrian’s Wall, one of the standing legacies of the Roman Empire’s 400-year rule in ancient Britain. Again, they visit a medieval village, where a jumble of bones was discovered five decades back — which hold evidence of violence. So, were these acts of human sacrifices, murder, or cannibalism? On yet another episode, we get to see the town of Southend, where there is the famous lore about the Prince of Prittlewell — whose burial ritual comes with a fascinating combo of ancient paganism and Christianity.

In the rest of the episodes, we witness the duo dissect some misconceptions about mummies (from the Bronze Age Britain), unearth proof of human sacrifice, and explore the bygone ice age world of shamans in Yorkshire. The series ends with Ochota and Anderson revisiting the past 11,000 years of UK’s history and reminiscing about the fascinating mysteries that they had tackled across the season.

Season 2, if commissioned, will see the show explore many new unknown mysteries of British and European sites.

Mystic Britain Season 2 Release Date: When will it premiere?

‘Mystic Britain’ season 1 premiered on Smithsonian Channel on August 5, 2019. As far as the next season goes, we don’t have an official announcement yet. Though considering how unique the show is, it certainly deserves a renewal. If renewed, our best guess is that ‘Mystic Britain’ season 2 can release sometime in August, 2020. We will update this section as soon as we hear more.

While we wait for season 2, here’s the official trailer for season 1. You can also head to show’s official site if you wish to check out clips from the show.