When Will Mytho Season 2 Premiere on Netflix? 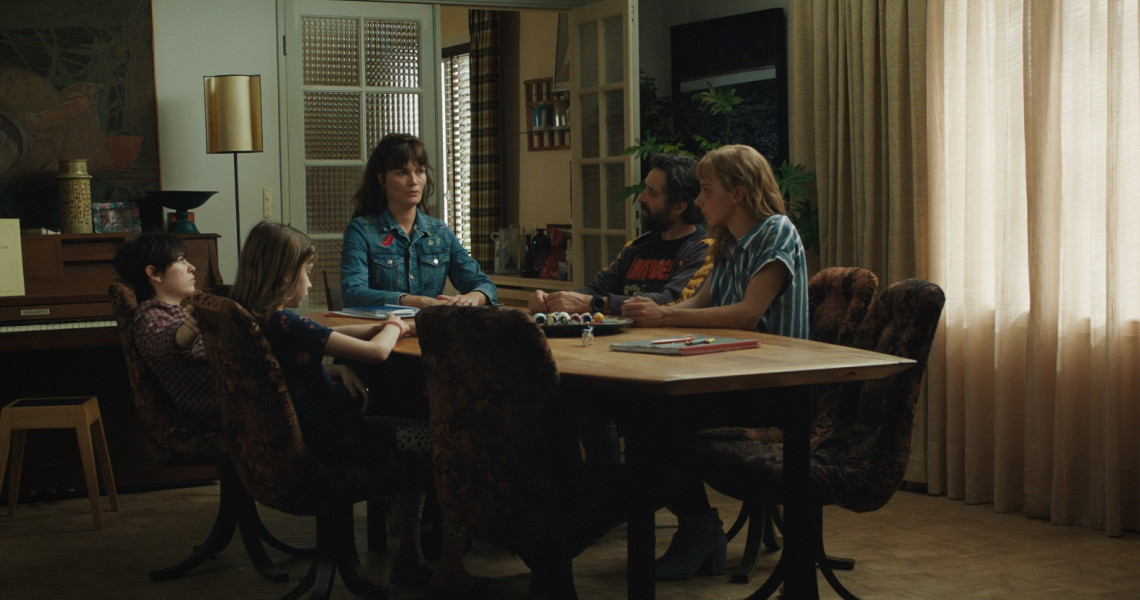 ‘Mytho’ or ‘Mythomaniac’ is a French drama that is directed by Fabrice Gobert, who is also behind Canal Plus’s superhit supernatural show, ‘The Returned’.

Written by novelist Anne Berest, it is about a dedicated mom and a devoted wife who becomes overwhelmed after struggling with her personal and professional lives. She is neglected by her kids, suspects that her husband is having an affair, and is employed under a demanding boss. As a result, to get a little bit of attention, one day, at the spur of the moment, she takes a wrong step. She lies that she is afflicted with a devastating disease. But things get darker when this small white lie brings with it huge consequences and threatens to tear her apart.

After a successful first run, the show was renewed for a second season. We will tell you about Mytho season 2 release date, but first let’s look into what the show is about.

Mytho Cast: Who’s in it?

The cast of ‘Mytho’ is led by Marina Hands as Elvira. Hands is a popular French actress, best known for her roles in ‘Tell No One’ and ‘Lady Chatterley’, among others. She is joined by Marie Drion as Carole, Jérémy Gillet as Sam, Zélie Rixhon as Virginia, Jean-Charles Clichet as Jeff, Julia Faure as Isa, Linh-Dan Pham as Brigitte, Andrea Roncato as Nonno, Marceau Ebersolt as Niklas, and Yves Jacques as Mr. Brunet.

Mytho Plot: What is it about?

We all tell lies, sometimes. But what would be the aftermath when we have to cover one lie with another? It leads to an unending loop of deception. And this is exactly what happens in ‘Mytho’.

‘Mytho’ is commissioned by Franco-German network Arte and is internationally distributed by Netflix. Produced by veteran French producer Bruno Nahon, who is also the man behind multiple critically acclaimed movies like ‘Louise Wimmer’ and ‘Razzia’ and series like ‘Ainsi soient-ils’ aka ‘Churchmen’, this tale is about Elvira — a dedicated mother and wife who invests everything in her family. She has three kids, with two on the verge of adolescence, who are extremely difficult to manage. To add to her woes, they are totally ungrateful.

Elvira’s husband Patrick is never there to support her. On the other hand, he has an affair with a pharmacist. Additionally, she works under a tyrannical, demanding boss. As a result, she is almost invisible at home and is always tired (physically and emotionally). Although she lives in a neighborhood with clean, manicured gardens and neat, pretty houses, deep within, Elvira is desperate — just for a hint of attention.

And this is when the mother and wife decides to take a hasty decision. She goes for a mammogram and informs her family that she has been diagnosed with a tumor. And within moments, the entire scenario changes. Her children and husband become more concerned about her and shower her with affection. In fact, it seems, her illness reconnects the whole family.

However, here is the twist. Elvira was not entirely truthful about her diagnosis. Patrick’s pharmacist lover reveals that the doctor in the report had died one year ago in a jet ski accident. Now, with the big reveal thrown in front of the shocked husband, how does he react? And how does Elvira deal with the consequences of her lie? The rest of the series revolves around the answers to these questions.

Exploring the emotions of frustrations, deceptions, and tragic repercussions, ‘Mytho’ is about a woman who tells a lie, at the spur of a moment, just for a bit of recognition. It is about a family and its fragile bonds, built on resentment and ignorance. Emotional and extremely sensitive, ‘Mytho’ tries to explore if Elvira was actually wrong in her sudden decision. Or if her family was also to blame in all of the drama. Neatly implemented and aesthetically made, ‘Mytho’ shall make you laugh and weep at the same time.

Mytho Episode 2 Release Date: When will it premiere?

As far as the next season goes, we have good news for the fans. The show’s production company, Arte France, has already announced that the series has been renewed for another season. Even though no release date was revealed in the announcement, ‘Mytho’ season 2 is expected to premiere sometime in November, 2020.

You can watch the official trailer and all the episodes of season 1 of ‘Mytho’ right here.