When Will ‘Nailed It! Germany’ Return on Netflix? 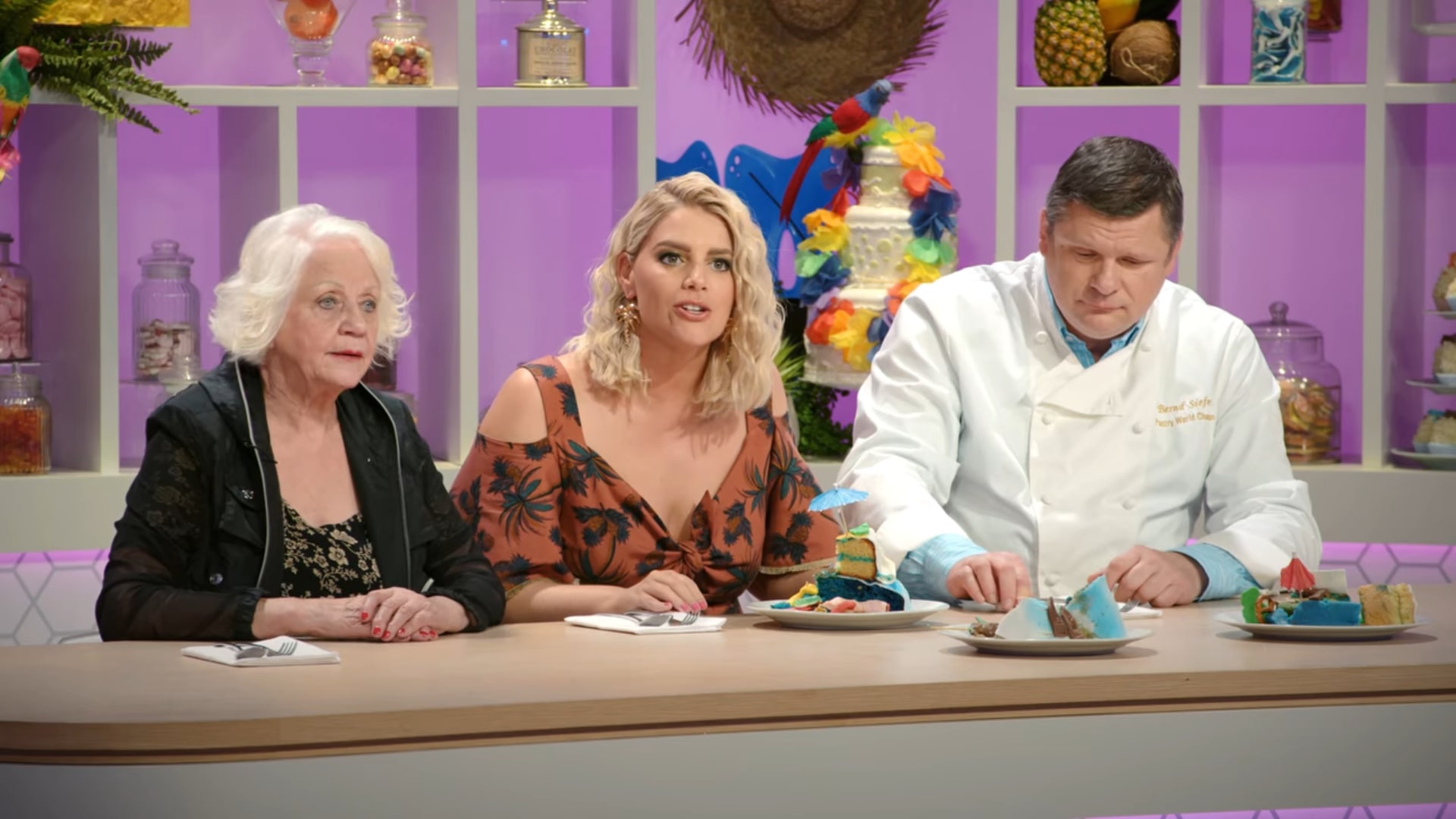 ‘Nailed It! Germany’ is partly a baking reality TV show and partly a funny cakey mess. A spin-off of ‘Nailed it!,’ the show puts a spotlight on some amateur bakers who earnestly try to replicate many of the finest confections but unfortunately fail in doing so. The one who manages to please the judges, takes home a handsome cash prize and a trophy.

The Netflix original has been created by Primetime Emmy Nominees Jane Lipsitz, Dan Cutforth, and Casey Kriley, who are also the co-creators of ‘Nailed It!,’ ‘Top Chef,’ and ‘Project Runway.’

The original version of the show, ‘Nailed It!,’ took the fans of cooking shows by a storm because of its hilarious, dramatic and entertaining format. The unconventional approach amused the audience so much, that the makers decided to spawn several spin-offs of the show – spanning across Mexico, Spain, France, and a Holiday Special.

Season 1 of the show like other spin-offs was well-appreciated. Now, the question arises: will there be a Nailed It Germany Season 2? We will delve into that question, but first let’s quickly look into the details of the series.

What is Nailed It! Germany About?

‘Nailed It! Germany’ is a baking fail reality show that features clumsy home bakers who try to recreate some of the best desserts. Although the contestants put in sincere efforts, the execution and taste mostly take a backseat.

Every episode follows three contestants, who are aspiring bakers but lack the standard skill set for the same. They race against the clock facing two complex tasks, and try their level best to achieve the precision set by the choicest and most experienced pâtissiers. They present their creations to the judges with a vehement “Wer kann, der kann!” which translates to  “Who can, We Can!”

The judging panel involves a comedian-actor and a renowned chef, who remain constant throughout the show while the third spot keeps changing with a new celebrity judge, every episode. The judges literally judge the contestants by passing shady remarks when things go south.

The bakers are, however, given two lifelines in the form of buzzers – One blesses them with three minutes of help from one of the chef judge, while another buzzer does everything, right from pausing the time on the clock, to getting the comedian judge to sassily hinder the process of their fellow competitors by annoying or distracting them. Wild!

At the end of every episode, the experts pick the best from the worst and eventually the winner takes home, a cash prize of 5000 euros, i.e. $5,580 and a trophy to commemorate their epic fail, I mean feat. Oh, and the cash prize is rewarded to them via a dollar bill gun. As Jonathan Van Ness from ‘Queer Eye’ would say, “Can you believe?”

German Model Angelina Kirsch is the host and judge of the show, alongside award-winning pastry chef Bernd Siefert.

Angelina Kirsh is a plus-size model who is known for being a judge on ‘Curvy Supermodel,’ and a contestant on the celebrity dance competition show, ‘Let’s Dance.’ She introduces the contestants and tastes their desserts, reacting in a combination of sass, wit and wisdom.

Judge Bernd Siefert is a Confectionery World Champion (1997) and a baking expert and the owner of Café Siefert, also known as Planet Cake. He provides expert tips and techniques to the contestants to make them better, while also covering his eyes when they tragically goof up.

There are also a bunch of celebrity guest judges like Dutch model Lilly Becker, comedian Tahnee Schaffarczyk, agricultural worker turned Internet sensation Keno Veith, among many others who change with every episode.

When is Nailed It Germany Season 2 Release Date?

‘Nailed It! Germany’ season 1 released on January 17, 2020, on Netflix.It consists of six episodes with a runtime of 30 minutes each.

As far as the next season of the show goes, here’s all we know. The parent show became so popular that it received for multiple seasons. The first spin-off of the show, Nailed it! México’, after its release, was a nationwide smash-hit. In fact, as per records, “Nailed It! México [achieved] three times more first-month watchers in Mexico than the dubbed US version.” So, we are hopeful that its German version will also be successful in garnering similar response.

Put on your brave face and watch the trailer for ‘Nailed It! Germany’ season 1 here!