Nailed It Mexico Season 4: Everything We Know 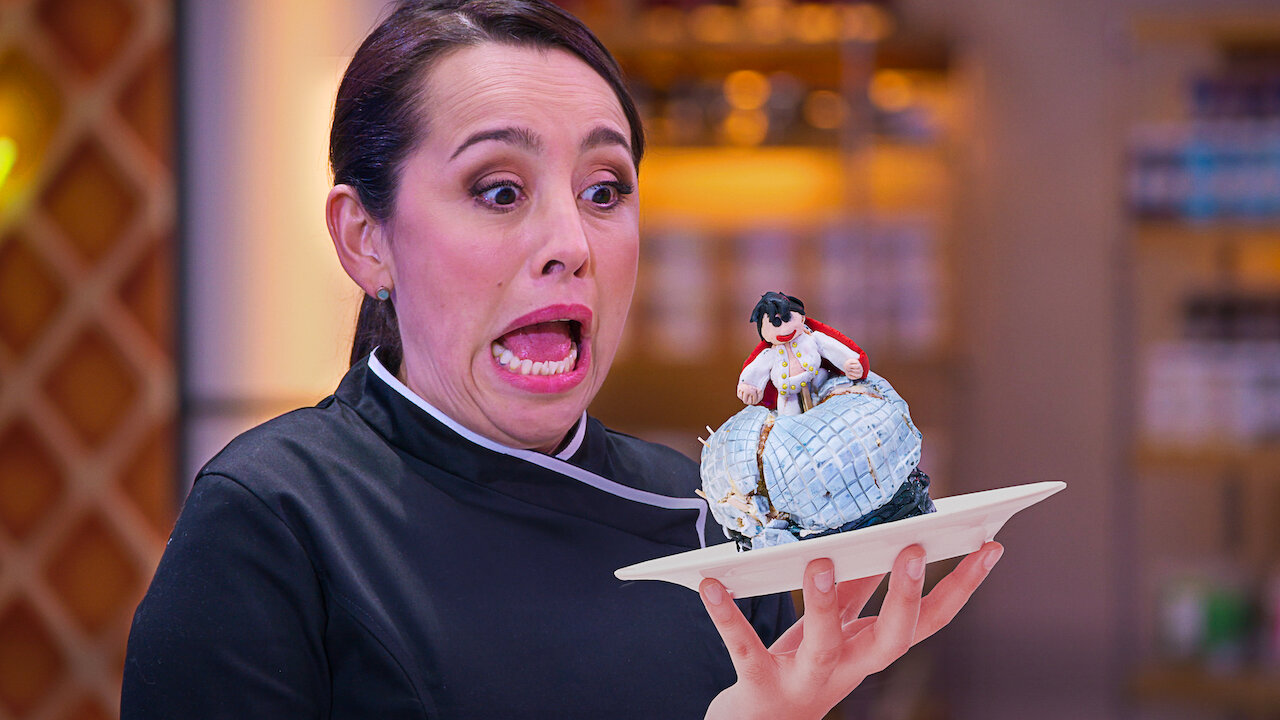 ‘Nailed It Mexico’ is a Netflix original that premiered on February 8, 2019. The series is a reality baking competition and a spin-off of ‘Nailed It!’ It features amateur bakers who compete to replicate complicated marvels from the world of cakes and confectionery to win the ‘Nailed It’ trophy and a cash prize of 200,000 pesos ($ 10,565) with every episode. The baking fails are absolutely hilarious and so relatable! Fans can’t wait for another season, but the question is: will there be a season 4? Let’s find out!

‘Nailed It Mexico’ season 3 landed in its entirety on January 5, 2021, on Netflix. Season 3 consists of six episodes with a runtime of 33- 34 minutes each.

As for the fourth season, there is no news yet. However, given the popularity of the original series that is loved for the concept itself, it hints at the possibility of the show getting renewed for its fourth installment. Looking at the gap between the first and second seasons, it is evident that the show requires at least a year before a new season comes out. We must also consider that all productions have to follow COVID-19 health protocols, which means filming schedules may experience some delays. Taking all of this into consideration, if the show is renewed, we can expect ‘Nailed It Mexico’ season 4 to release sometime early in 2022.

Omar Chaparro is one of the hosts on the show. He is a Mexican celebrity famous as an actor, comedian, TV host, and singer. He is also known for his vocal performances in various Spanish dubs of productions such as ‘Hoodwinked!,’ ‘Kung Fu Panda’ series, ‘Condorito: The Movie,’ ‘The Incredibles,’ and ‘Martians vs. Mexicans.’ He also features in films including ‘Show Dogs,’ ‘No Manches Frida,’ ‘How to Be a Latin Lover,’ ‘Compadres,’  and ‘Stuck.’

Anna Ruiz is a celebrated cake designer in Mexico who has earned the title of La Dama Del Fondant or “The Fondant Lady.” She is another host and a judge on this show. Ruiz has worked in several countries, including Spain, Hong Kong, and the United Kingdom. She launched the Anna Ruiz Store in 2008, which has its own line of products and has also taught more than 700 students. The show features contestants from different parts of Mexico and introduces a new guest judge in each episode.

What can Nailed It Mexico Season 4 be About?

This show follows the same format as the original show, ‘Nailed It!’ Every episode has two rounds of challenges. ‘Sweet Possibilities’ is the first round where the bakers choose one out of three confectionery treats they want to replicate. The second round is called ‘Nail It or Fail It,’ where the contestants have to replicate a complicated cake with intricate details. The bakers are judged on the presentation and the taste of the finished product.

Each episode also shares the recipe and the technique used to make each of the delicious treats. The tips and tricks that the judges share are helpful, especially to those interested in baking. It is nice to get a glimpse of the contestants’ lives as they share a little bit about their family and what brings them to the show. Sometimes they also talk about fond memories associated with a recipe. If there is a fourth season, we will see some more magical creations and their epic counterparts as a new set of people try their hand at replicating them. We may also see a new set of people with new stories to tell if the series is renewed.