When Will Nailed It Season 6 Release? 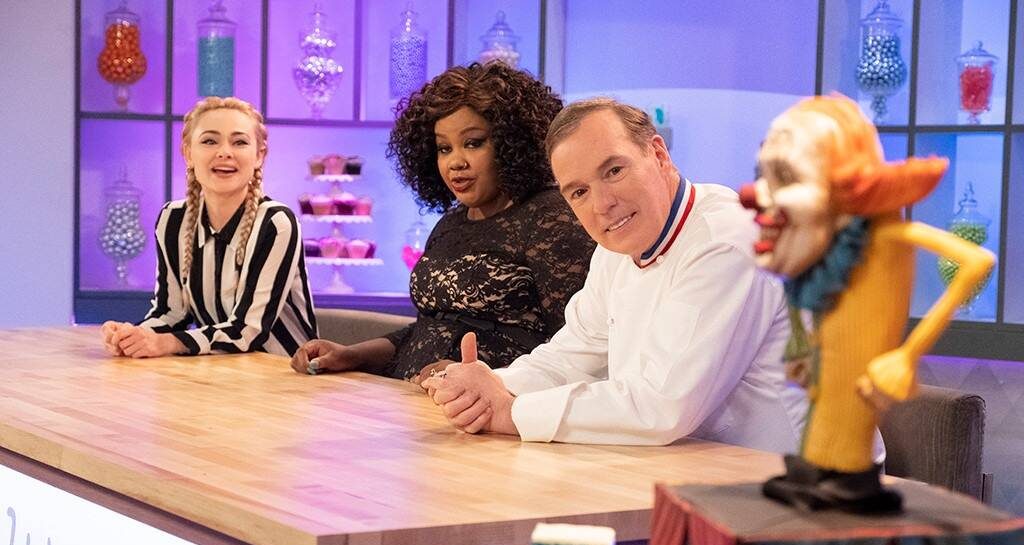 ‘Nailed It’ (stylized as ‘Nailed It!’) is a baking reality series on Netflix that follows three amateur bakers in each episode as they try to replicate intricate cakes and confectionery made by an expert. The contestants compete for a cash prize of $10,000 and the Nailed It! trophy. Originally released on March 9, 2018, the series has been nominated for several awards, including Primetime Emmy Award, Gold Derby Awards, and the TCA Awards.

The show has been received well by the audience and the critics who have praised its unique concept. It revolves around ordinary people who enjoy baking and does not focus on expert baking skills. Even though the recipes and baking methods are shared with the contestants, the results are disastrous and hilarious. The success of ‘Nailed It’ has also led to several international versions of the show in Mexico, France, Spain, and Germany. Naturally, you must be curious to know if and when the sixth season will release. So here is everything you need to know!

‘Nailed It’ season 5 titled ‘Nailed It: Double Trouble’ released in its entirety on March 26, 2021, on Netflix. The fifth season has six episodes that run for about 35 minutes each.

As for the news of the sixth season, here is what we know. An official announcement stating whether the show has been canceled or renewed for the sixth installment is yet to be made. The series releases new seasons every year. Since 2018, the franchise also churns out the holiday specials towards the end of the year titled ‘Nailed It! Holiday!’

Moreover, the show is relatively more manageable and less expensive to produce than other reality series that last for months or involve a large group of contestants. For ‘Nailed It,’ each episode brings in a new set of contestants, and each season only has 6-8 episodes. Taking these aspects into account, we believe that the renewal for the sixth season is highly likely. If we look at the release schedule, we can discern that the show releases new seasons after a gap of approximately 11 months, which indicates that fans can expect ‘Nailed It’ season 6 to release sometime in Spring 2022.

Nailed It Season 6: Who can be the Hosts and Judges?

The two regular faces we see on the show are the co-hosts and judges Nicole Byer and Jacques Torres. The duo is most likely to return in the sixth season to assume their respective duties. Just like the previous seasons, Nicole and Jacques will be accompanied by different guest judges in each episode of the sixth season. Byer is a comedian, actress, writer, and television host, who has received several nominations for her work in ‘Nailed It!’ You may also recognize her from TV shows and films such as ‘Loosely Exactly Nicole,’ ’30 Rock,’ ‘The Good Place,’ ‘Brooklyn Nine-Nine,’ ‘Bad Hair,’ ‘Other People,’ and ‘Valley Girl.’

What can Nailed It Season 6 be About?

Each episode of ‘Nailed It’ is divided into two rounds – Baker’s Choice and Nail It or Fail It. In the first round of the competition, the participants are presented with three confectionary treats, out of which they have to replicate one in a limited period of time. Each contestant has to choose the option they would like to work on. The winner of this round gets a special prize and a golden chef’s hat.

In the second round, one complicated cake is presented to the contestants, and each of them has to make it from scratch in just two hours. They are given written instructions to help them put their masterpiece together. In the end, the judges evaluate the skills of the contestants based on presentation and taste, and declare the winner who takes home the trophy and the $10,000 prize. Since it’s a reality show, we can expect more of the same if the show is greenlit for season 6. However, there’s also a chance that the format of the show may see some tweaks.

Read More: Where Is Nailed It: Double Trouble Filmed?