Nailed It Season 7: Renewed or Cancelled? 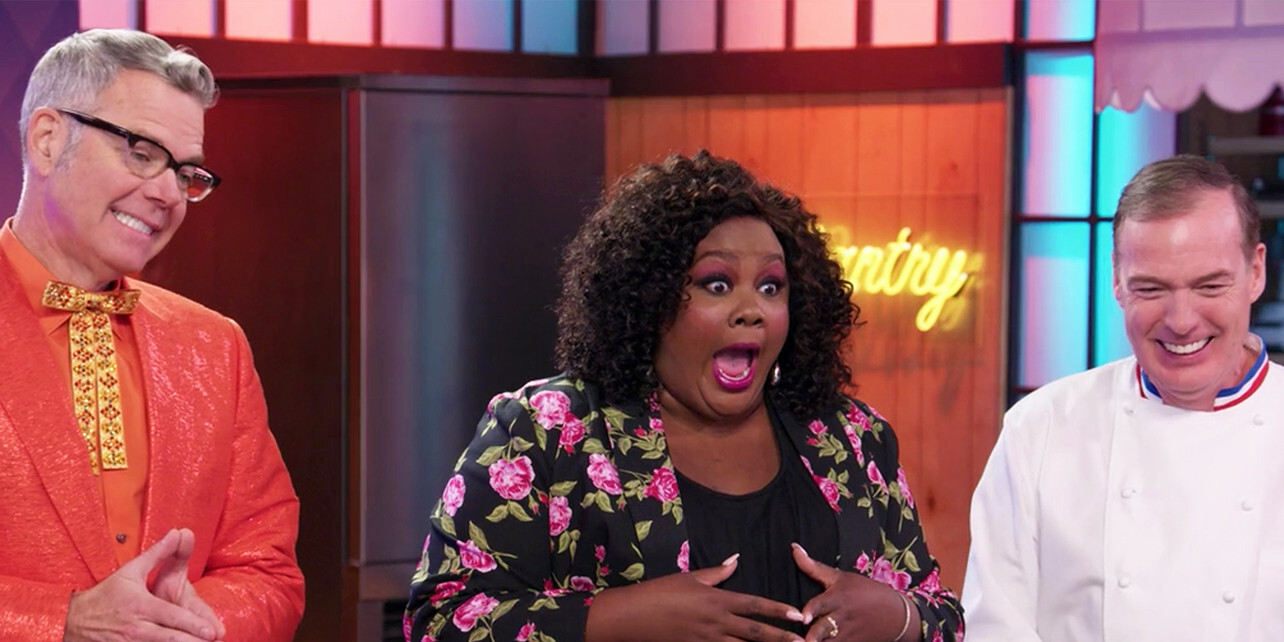 ‘Nailed It’ (stylized as ‘Nailed It!’) is a baking show on Netflix that is quite satisfying in its own way. The outcomes aren’t necessarily delightful to look at and are far from perfect, but there is a sense of achievement as one of three contestants wins $10,000 in each episode of the show. The contestants are amateur bakers who are tasked with replicating some of the most complicated cakes and sweet goods. The unscripted series first premiered on March 9, 2018.

The critically acclaimed show has managed to impress the audience with its realistic and amusing bake fails, with Nicole Byer’s sense of humor being the cherry on top. It has received several award nominations, including the Primetime Emmy Awards, TCA Awards, and Producers Guild of America Awards. As yet another iteration of the show lands on Netflix, many fans binge-watched season 6 and are waiting for more. If you are one such person, here is all that you need to know about the potential season 7!

‘Nailed It’ season 6 released in its entirety on September 15, 2021, on Netflix. The sixth installment comprises six episodes that run for 32-35 minutes each.

With regard to the seventh season, here is what the deal is. Netflix is yet to make an official statement confirming the show’s future. But seeing how the franchise is growing by leaps and bounds, we are not in the least bit worried about what lies ahead for the popular baking competition series. The streaming giant typically does not release its viewership numbers, but the fact that the series is expanding its universe is an excellent indicator of its performance. Following the success of the American series, other countries such as Mexico, Spain, France, and Germany, also started their own versions of the show.

If we count out the holiday special seasons, new rounds of the reality series typically arrive after a gap of about 11 months. However, the release schedule has seen some unusual changes. While season 2 returned in less than four months after the first season, the show’s sixth iteration arrived after a gap of just six months. This suggests that the production team has the ability to deliver new batches in short periods of time. Taking into account that there might be another holiday special season by the end of 2021, season 7 may not arrive until Spring 2022. If that is the case, we expect ‘Nailed It’ season 7 to release sometime in Q2 2022.

The comedian, actor, and television host Nicole Byer is a co-host and a judge on this competition series. For her work on the show, she received an Emmy nomination, making her the first Black woman ever to be nominated for the prestigious award under the category Outstanding Host for a Reality or Competition Program. Byer’s notable credits include ‘30 Rock,’ ‘The Good Place,’ ‘The Simpsons,’ ‘The Unicorn,’ and ‘Brooklyn Nine-Nine.’

On the other hand, Jacques Torres is a French pastry chef and chocolatier who is also a judge and a co-host on the show. The 62-year-old is a Dean of Pastry Arts at the International Culinary Center. Before joining the faculty at the NYC-based culinary school, he worked as the Corporate Pastry Chef for the Ritz Carlton Hotel and then as an Executive Pastry Chef at Le Cirque. If the show returns for its seventh run, we can expect both of them to return along with a new roster of guest judges.

Read More: Is Nailed It! Real or Scripted?